Dogs on leads in Aristole Rec

Councillor Liz Wade and the local Lib Dems are campaigning to introduce better rules for dog owners to ensure the Aristole Recreation Ground is a safer and cleaner place for children to play. 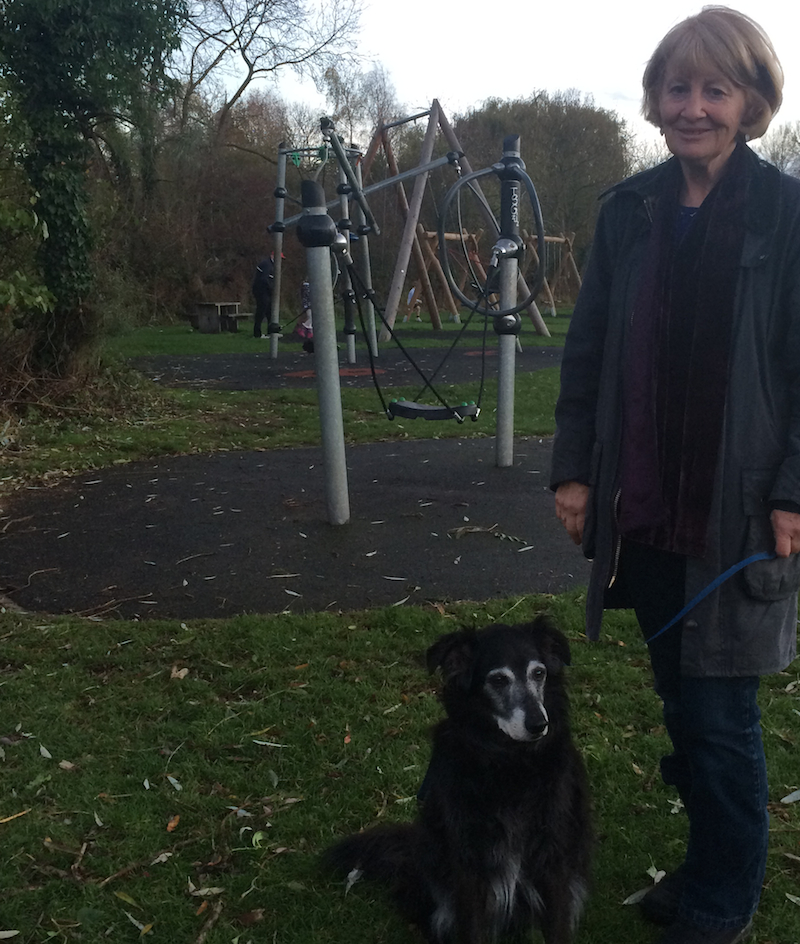 The Aristotle Recreation Ground is our small local park. On a weekend afternoon there may be a hundred young people playing here - somehow the older ones find space for football, table tennis, basket ball, while for pre-teens there are new exciting swings and monkey bars, and for little ones a safe playground with brightly coloured equipment to explore.

The recreation ground has gained in popularity in recent years, largely due to the unstinting efforts of the Friends of Aristotle Recreation Ground.

But there is a problem which is now an increasing concern, particularly to the parents of younger children: dog mess and uncontrolled dogs being exercised on the Rec. As a grandmother who looks after children at the playground St Margaret's City Councillor Liz Wade has seen firsthand how dogs can alarm small children and toddlers playing in the area. She would like the council to introduce rules requiring dog owners to keep their pets on a lead when they are using the park.

Dog mess at worst can lead to toxicara canis, which is a disease spread through dog faeces. It can cause blindness in children.

Uncontrolled dogs in the relatively small space of the Rec can be frightening to small children and are potentially dangerous - particularly when they are chasing balls down the length of the Rec and are over-excited.

"As a dog owner myself, I believe the whole area would be cleaner and safer if owners were required to keep their pets on a lead. It would give parents that peace of mind that their children could play in an area where the dogs were under control" said Liz.

On 21 October 2014, Public Space Protection Orders came into existence. PSPOs can be used to manage the behaviour of dogs in public spaces.

Liz believes that in a small park, like Aristotle Rec, a PSPO requiring dogs to be kept on leads would solve the problem that dogs present in this small and heavily used area.

As someone who has a dog and takes her grandchildren to the Aristotle Recreation Ground, Liz feels that children should come before dogs, not the other way around. It would be no great hardship for dog owners to walk their dogs over to Port Meadow and this would ensure a better environment for the young people of our community.

Please sign Liz's petition calling on Oxford City Council to introduce a PSPO to ensure dogs are kept on leads at the Aristole Recreation Ground.