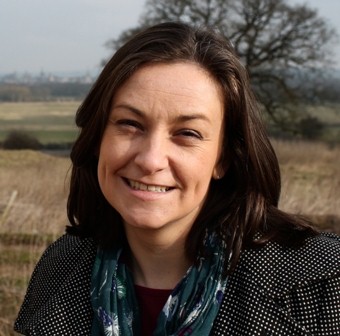 Emily grew up in Sunningwell and now lives in Botley with her husband and two young children. She works for the County Council coordinating work to reduce youth unemployment and improve Careers Guidance.

She volunteered for North Hinksey Youth Club, West Way Community Concern and led the popular Campaign for Botley Skate Park. In 2013 she helped run a public meeting about how Neighbourhood Plans can benefit local communities.

In 2014 Emily was elected to North Hinksey Parish Council following a successful campaign focused on improving recreation facilities, better communication between elected representatives and residents, and the need for a Neighbourhood Plan to give residents more control over planning decisions.

On the District Council Emily hopes to continue pushing for better facilities for our children and young people as well as improved consultation with residents about issues such as housing and protection of the Green Belt.

She strongly opposes Conservative plans to build on the Green Belt and campaigned against the Doric plan.

Having been an active member of the community for the past three years, Emily was motivated to stand for the Vale District Council by the belief that local government needs more working parents to be represented.