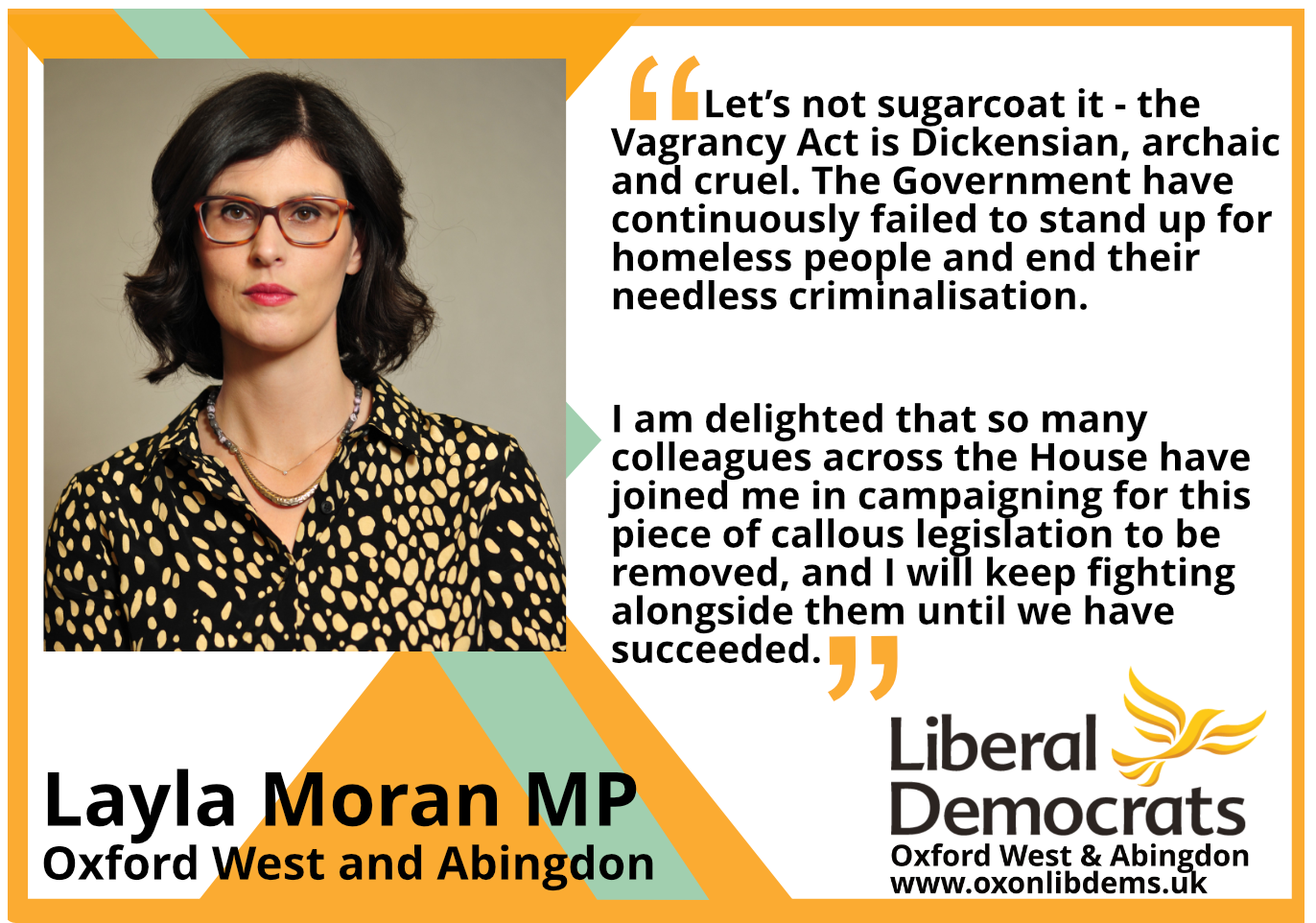 In the run-up to Christmas, Layla Moran MP renewed calls for the Government to repeal the “Dickensian” Vagrancy Act. Layla has been campaigning for the repeal of the Vagrancy Act since a group of Oxford University students brought the injustice to her attention, and she has been pushing the Government to repeal this piece of legislation, which criminalises those who are homeless, ever since.

This is the fourth Christmas in a row that Layla has raised this issue for the first time in Parliament, at Prime Minister’s Questions in February 2018. Since her initial intervention, MPs from across the house, most recently former Cabinet member Robert Jenrick and the Prime Minister, have said they want to consign it to history. However, despite warm words, no action has been forthcoming.

Layla said "Let’s not sugarcoat it - the Vagrancy Act is Dickensian, archaic, and cruel. The Government has continuously failed to stand up for homeless people and end their needless criminalisation. I am delighted that so many colleagues across the House have joined me in campaigning for this piece of callous legislation to be removed, and I will keep fighting alongside them until we have succeeded.

“I hope that this will be the final Christmas that the Vagrancy Act is on the statute books and that the Government will bow to growing pressure in the New Year and bring about the repealing of the Act.”