“Major win” for community and Lib Dems as Expressway cancelled

Layla Moran MP has welcomed the news that the Oxford-Cambridge Expressway project has been cancelled. Layla said “this is a major win for everyone in our community” and “for our environment.” 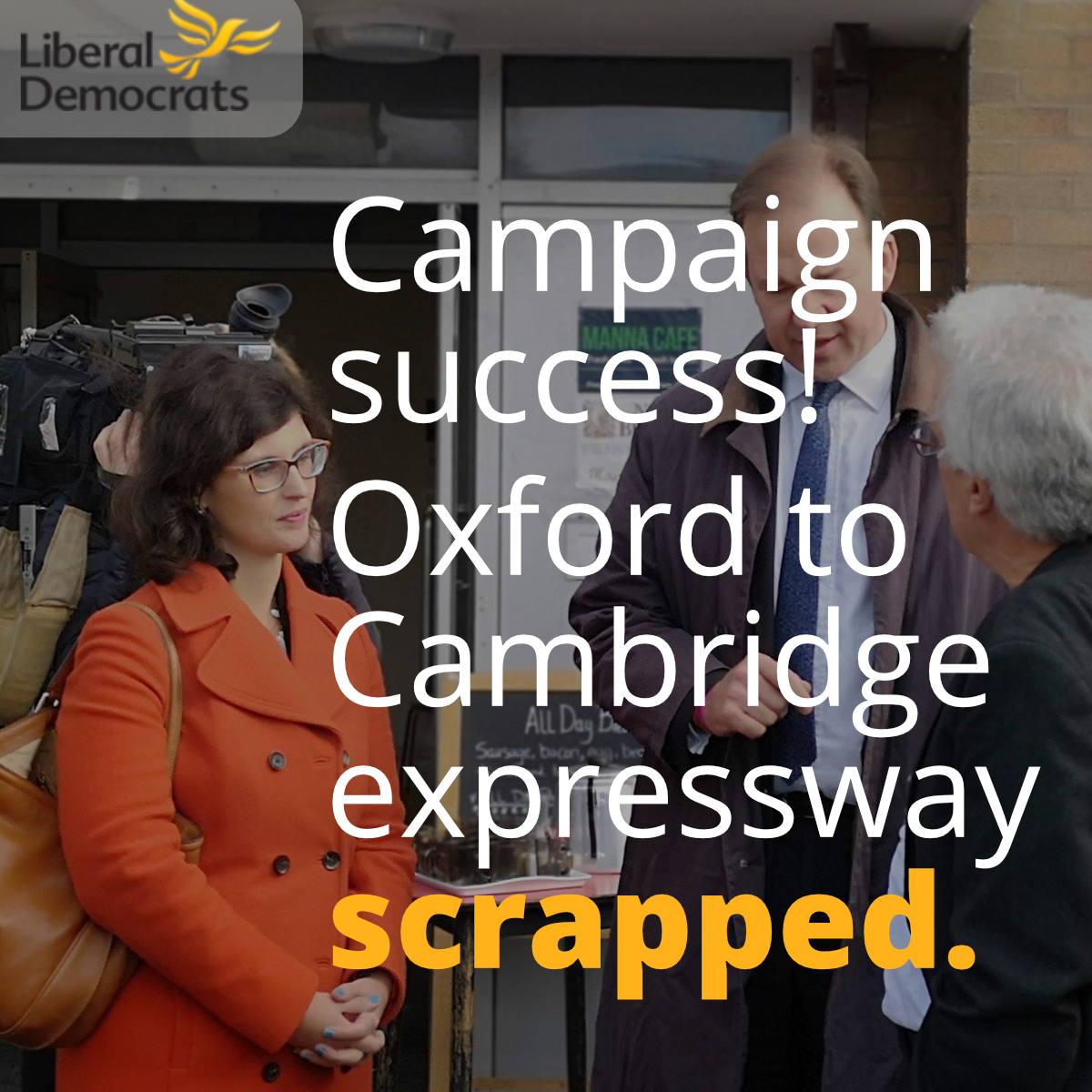 Layla has been campaigning against the Expressway since her first term as MP. She held a debate in the Commons in January 2019 where she said the “Conservative Government are forcing an expressway on our area without fully consulting people about their premise.”

The then-Minister Jesse Norman visited Botley in Moran’s constituency, at her invitation, in October 2018 to discuss opposition to the Expressway. Since late 2019, almost 1,500 local residents have signed the Lib Dems’ petition to scrap the Expressway altogether.

Layla said:  “This is a major win for everyone in our community who has campaigned to have our voices heard for years, and for our environment. Thank you to all the residents who signed the Liberal Democrats’ petitions and supported our campaign. I’m glad the Government has finally listened and has cancelled the Expressway, albeit only on cost-effectiveness grounds.

“What we need to see now from Grant Shapps is real investment in sustainable transport infrastructure that goes beyond existing commitments to address the climate emergency. That must include fully electrifying East-West Rail and funding other green projects to help the people of Oxfordshire get out of their cars altogether.

“The Liberal Democrats fought for the Expressway to be canceled, and we will continue to campaign and work in our community until real sustainable, green transport becomes the number one priority in our area and across the country.”