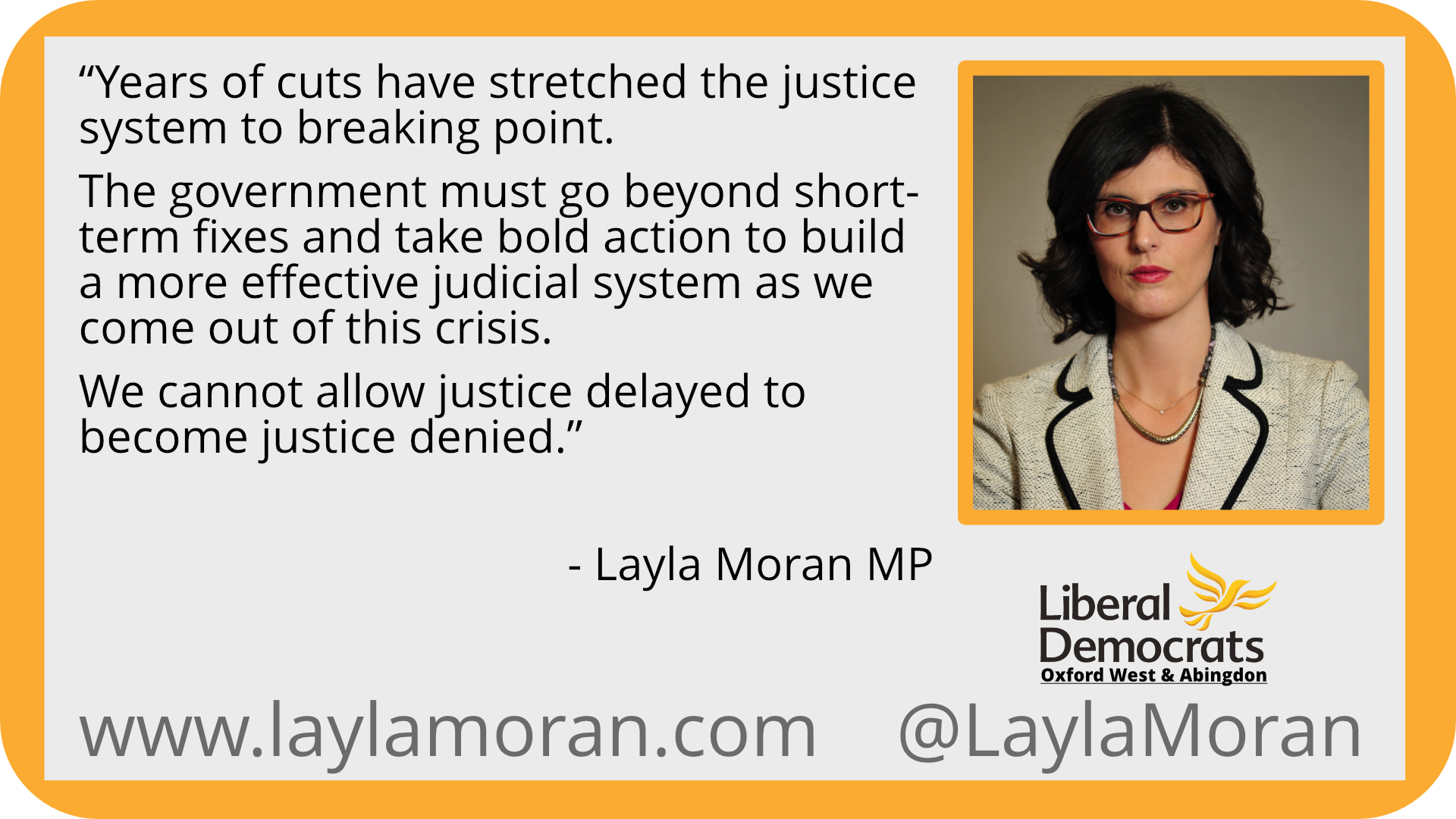 Figures exposed by Layla Moran MP reveal a stark backlog of court cases in the first three months of this year, including 430 murder trials and 3,000 rape trials outstanding.

The figures are likely to have increased during the pandemic, prompting concerns that even more victims of serious crime will be denied swift justice.

Liberal Democrat MP Layla Moran said: “These stark figures show there was a huge backlog in the courts for the most serious crimes like rape, murder and robbery even before this pandemic struck.

“For years, the wheels of justice have turned more and more slowly, leaving victims and their families in limbo.

“Years of cuts have stretched the justice system to breaking point. The government must go beyond short-term fixes and take bold action to build a more effective judicial system as we come out of this crisis. We cannot allow justice delayed to become justice denied.”