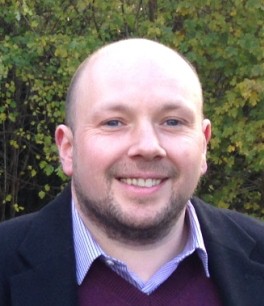 Alaric Rose has lived in Kidlington North for many years. He is married to a local teacher and is the father of three young children who attend local schools and nurseries. Having previously worked at the High Street Co-op in Kidlington, Alaric has recently given up a post at St Thomas More School to focus on his council work and looking after his youngest child.

Alaric was first elected in July 2010 and has worked hard for Kidlington North ever since. He led the campaign to save the Watts Way Car Park and helped to save the 700 JR bus service. He stopped coaches and HGVs parking on Lyne Road and helped residents concerned with the Sandy Lane level crossing. Throughout his time as a local councillor, he has assisted in neighbour disputes, planning issues, power supply concerns, employment issues, no fault evictions and unfit housing cases.  He also intervened to support Evenlode Crescent residents with an issue with the Ministry of Justice.

Alaric looks forward to being re-elected as a local councillor in order to continue with this work to represent and support his fellow residents.