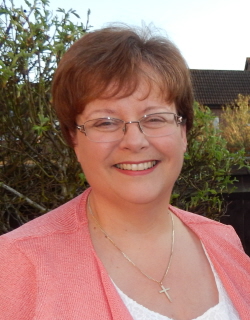 Alison Rooke has lived in Peachcroft ward for over 25 years, and has been actively campaigning to save Green Belt land in Abingdon from indiscriminate development.

She is currently County Councillor for the ward and has been successful in getting many road repairs done since being elected, despite the Conservatives’ admission that they are ‘managing the decline’ of local roads.

She has represented the ward on the town council since 1999, the Vale from 2003 to 2011 and has been both the Mayor of Abingdon and Chairman of the Vale of White Horse District council.

As Mayor, Alison instigated the successful campaign to save Abingdon Hospital which was under threat of closure at the time.  She has been involved with the local Air Training Corps for the last 9 years and is the Town Council representative on the N.E. Abingdon Community Association.

Following the death of her father, she became a trustee and director of the Vale House Alzheimer’s Home charity.  She is fully committed to the local area, was a governor of Rushcommon school (where her now grown up daughters attended) for well over 20 years, an active member of Peachcroft Christian Centre, and is a member of the Chamber of Commerce’s Fair Trade Group.