A by-election has been called by the Vale of White Horse District Council in Abingdon Dunmore ward with polling day set for 11th September 2014. 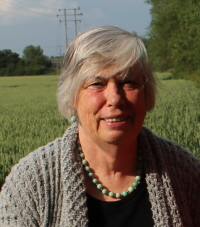 Lib Dem Councillor for Abingdon Dunmore ward, Julia Bricknell, has announced her resignation from her position on the Vale of White Horse District Council as she is moving away from the area. Julia has been an excellent representative for local residents and an invaluable member of the local Lib Dem team.

North Abingdon resident Margaret Crick will be standing to take over Julia's vacated seat for the Lib Dems. Margaret is an experienced Councillor having formerly represented Abingdon Caldecott ward on Abingdon Town Council.

Commenting, Lib Dem Parliamentary Candidate, Layla Moran said: "We are all sorry to see Julia go. She has been a fantastic Councillor for residents of Dunmore and a great member of the Lib Dem team in Abingdon and we all wish her the very best for the future.

"Looking forward, in Margaret Crick I am certain we have the ideal replacement for Julia. As a former Town Councillor and a north Abingdon resident she is well placed to carry on the brilliant work Julia has done. We need Margaret's voice on the District Council.

"As a local party we have a great track record in recent elections and I have every confidence that we have the perfect candidate to carry on Julia's work, standing up for the people of Dunmore."