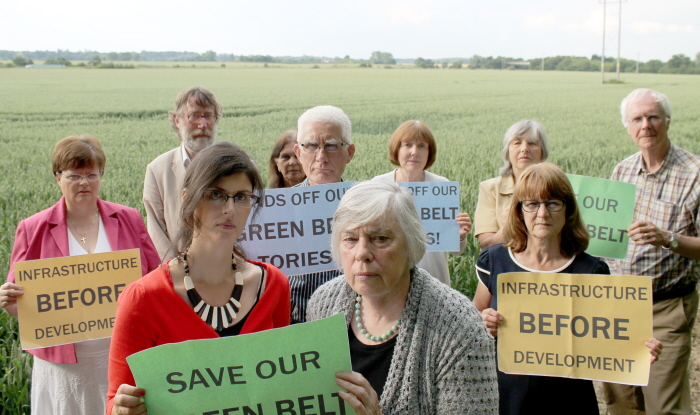 Layla Moran and members of the local Lib Dem team are concerned about the Conservative-run Vale of White Horse District Council's Local Plan 2031.

Layla attended a 'consultation' meeting held at the Abingdon Guild Hall on 19th November along with many local residents. Following an introduction on the Vale's Local Plan 2031 from Leader of the Vale, Cllr Matthew Barber, questions were taken on the plan.

It emerged that the plans introduced by local Conservative councillors, and backed by current Oxford West & Abingdon MP, Nicola Blackwood, have now removed Green Belt protection from sites near Cumnor and Wootton.

Conservative councillors also admitted that they could not guarantee that the necessary infrastructure for the new developments would be in place before the housing estates are built.

Commenting after the meeting Layla said: "I remain very concerned that the Conservatives are leaving the Green Belt wide open to speculative development, that the housing figures they have committed to are undeliverable, and that there is no guarantee we will see the infrastructure needed to support new developments."

You can read more about Layla and the local Lib Dems' position in a letter published in the Oxford Mail.