County Council alliance “start of a brighter future for Oxfordshire” 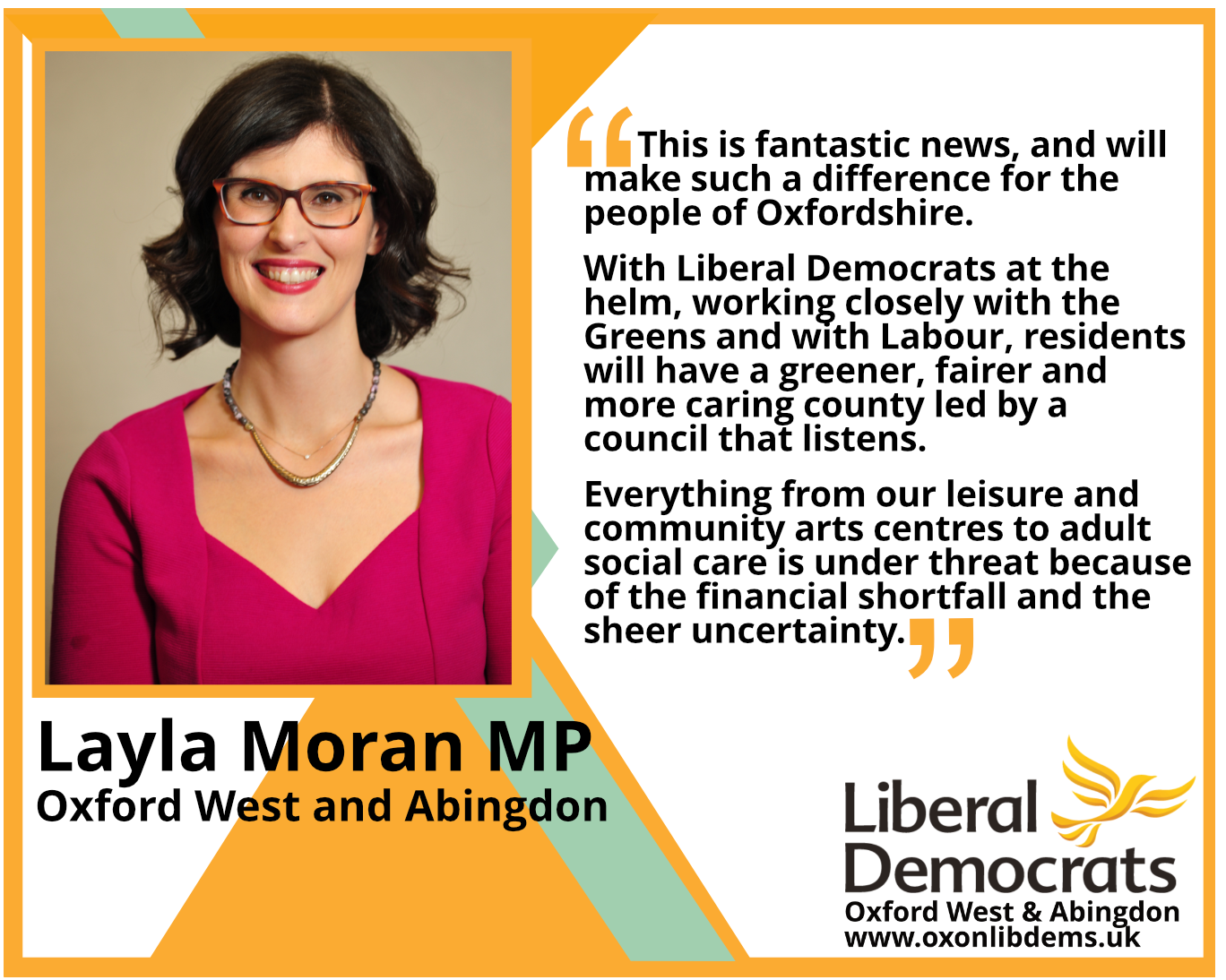 Responding to news that the Liberal Democrats, Green Party and Labour Party have formed The Oxfordshire Fair Deal Alliance to form the new Oxfordshire County Council administration, Layla Moran MP said:  "This is fantastic news, and will make such a difference for the people of Oxfordshire. With Liberal Democrats at the helm, working closely with the Greens and with Labour, residents will have a greener, fairer and more caring county led by a council that listens."

Layla said “I look forward to working with the new administration, and all councillors, to put our planet, our young people and our communities first. I hope this is the start of a brighter future for Oxfordshire.”

Liberal Democrat, Labour and Green Councillors on Oxfordshire County Council have agreed to cooperate to form the next Council administration. The partnership will be dedicated to delivering the policy objectives and priorities shared by the three parties. It will be known as The Oxfordshire Fair Deal Alliance.

In a joint statement, the three-party Group Leaders, Cllr Liz Leffman (Liberal Democrat), Cllr Liz Brighouse (Labour) and Cllr Pete Sudbury (Green), said “We are pleased to have reached agreement to work together at this crucial and challenging moment for our county and the region. We have put party differences aside to develop a shared vision that is underpinned by the principles shared across our manifestos, with climate change and the environment at their heart. We look forward to delivering real and lasting change for the people of Oxfordshire.”