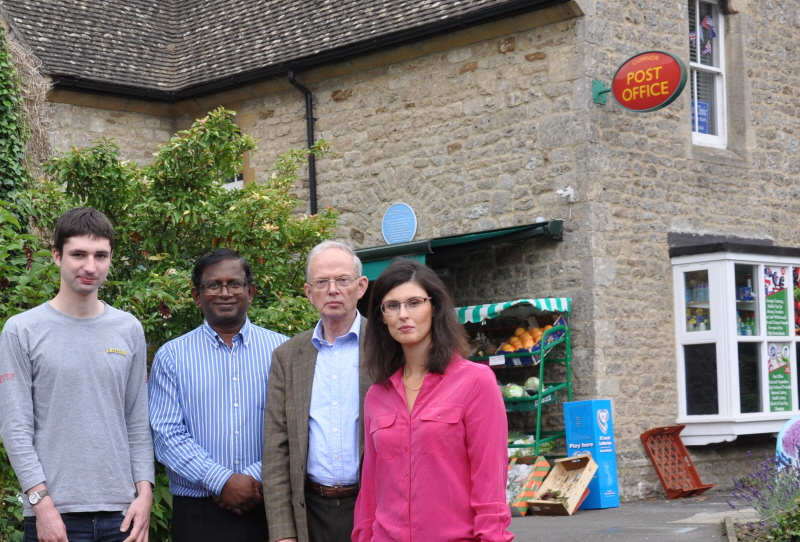 Layla has been working with Cllr Dudley Hoddinott to ensure that a Post Office remains in Cumnor.

The Post Office nationally is undergoing a major restructuring. As a part of this, Post Offices which are part of other stores may see the designated Post Office counter removed among other changes. Local Cumnor shop and Post Office owner, Sri Sathipal, is concerned that the new proposals to convert them into a 'Post Office Local' are not suitable or sustainable for them.

Layla contacted Lib Dem Post Office Minister, Jo Swinson MP, and has received assurances that come what may, Cumnor will not lose access to a Post Office in the village.

Layla said: "I am delighted to receive the news that, no matter what, Cumnor will not be without its Post Office. I know how important a service it is for local residents and Cllr Dudley Hoddinott and I are pleased that these guarantees have been received.

"However, I am still concerned that the future for Sri and the current Post Office is uncertain. I would encourage local residents to come together and support the shop and Post Office, especially with the Christmas period coming up."

You can read the Oxford Mail's coverage here: