Following a strong campaign the application for the expansion of Campsfield House Immigration Detention Centre in Kidlington has been withdrawn. 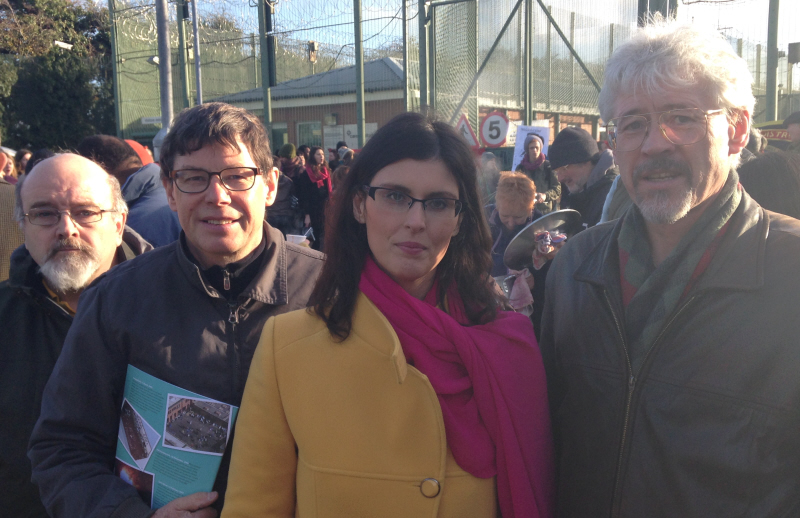 Layla with some of the local Kidlington Lib Dem team at the 20th anniversary demonstration at Campsfield House in November 2013.

Layla Moran has spoken out consistently against detention practices since her selection nearly three years ago and she has been involved with the 'No to Campsfield Expansion' campaign from the beginning.

She  spoke to Deputy Prime Minister, Nick Clegg, about the issue on several occasions and he made the below statement about the proposed expansion of Campsfield House Immigration Centre in January:

Commenting on the decision to abandon the planned expansion, Layla said:

"I am absolutely delighted that this senseless expansion plan has been withdrawn, this has been a very long time coming. I spoke at the Lib Dems Spring Conference last year about the need to end indefinite detention for immigration purposes and submitted evidence in the autumn of 2014 to the All Party Parliamentary Inquiry into the use of immigration detention in the UK.

"Most recently I and Cllr Alaric Rose attended the planning meeting where the application was deferred. I am just amazed Theresa May and the Home Office have taken so long to see sense, but thank goodness they have."