Liberal Democrat councillors and Oxford West and Abingdon MP Layla Moran vowed to keep fighting any moves to route the Oxford-Cambridge Expressway through Botley following a Government decision about their preferred corridor for the new road.

The Department for Transport announced their preferred corridor for the new Oxford-Cambridge Expressway – but the announcement mean decisions about the exact route for the road will be made further down the line, leaving the prospect of upgrading the A34 through Botley as one of the options. 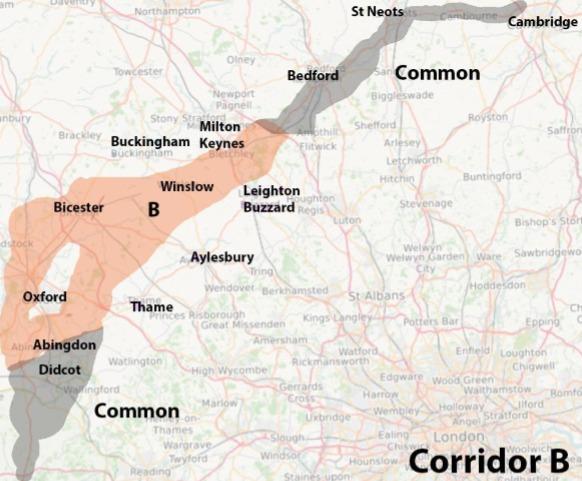 “This decision on the corridor of the route leaves the majority of questions we have about the impact on homes and the environment in Botley, Abingdon and the surrounding areas unanswered.

“The fact that the Government have chosen option B as their preferred corridor for the new road means there is still the potential for huge disruption in and around Abingdon - and that homes in Botley could still be under threat from a plan to include and expand the A34 through the village as part of the route.

“Along with residents and local Lib Dem councillors I’ll be campaigning and fighting with every bone in my body to oppose any plans to see homes demolished in Botley.

“The Transport Minister has given me a personal assurance that he will be visiting Botley in the next few weeks to discuss the plans and what they mean for the area with me, councillors and residents.

“I am pleased that proposals for the Expressway to go through Otmoor nature reserve have been dropped."

"I still believe that building a new motorway is the wrong approach, and call on the Government to prioritise the implementation of the East-West Rail project and to reinstate plans to electrify the Reading to Oxford rail line.”

"While I am very pleased for the villages in the South Oxfordshire who will be relieved at this announcement, whichever route the expressway takes will cause harm to communities and the environment.  Corridor B has many possible routes within it and I am worried that areas such as Botley, Cumnor, Wytham and Radley remain vulnerable.

"I hope the Transport Minister will now fulfil his promise to come and meet residents in Botley so he can see for himself the devastating impact on homes, schools, shops, churches and the Commonwealth War Graves that using the route through this part of the Vale would have.

"Any route through the Vale of white Horse District will have implications for the Local Plan 2031, which will of course need reviewing – could require significant changes as a result.

"I am yet to see any convincing evidence that we need this expressway and believe we should be prioritising rail investment and maintaining the roads and cycleways we already have.

"Despite being told by Conservative politicians that we need the Expressway to relieve congestion on the A34, A420 and A44, many of the routes still on the table will not be attractive to HVGs travelling from the south coast to the north of the UK. If the route chosen does not solve the A34 problem, then what is in this scheme for Oxfordshire residents?

"Given the almost non-existing public consultation up to this point it is vital that residents of the Vale District are fully consulted on the exact route this road will take and the potential impact on our communities fully considered."