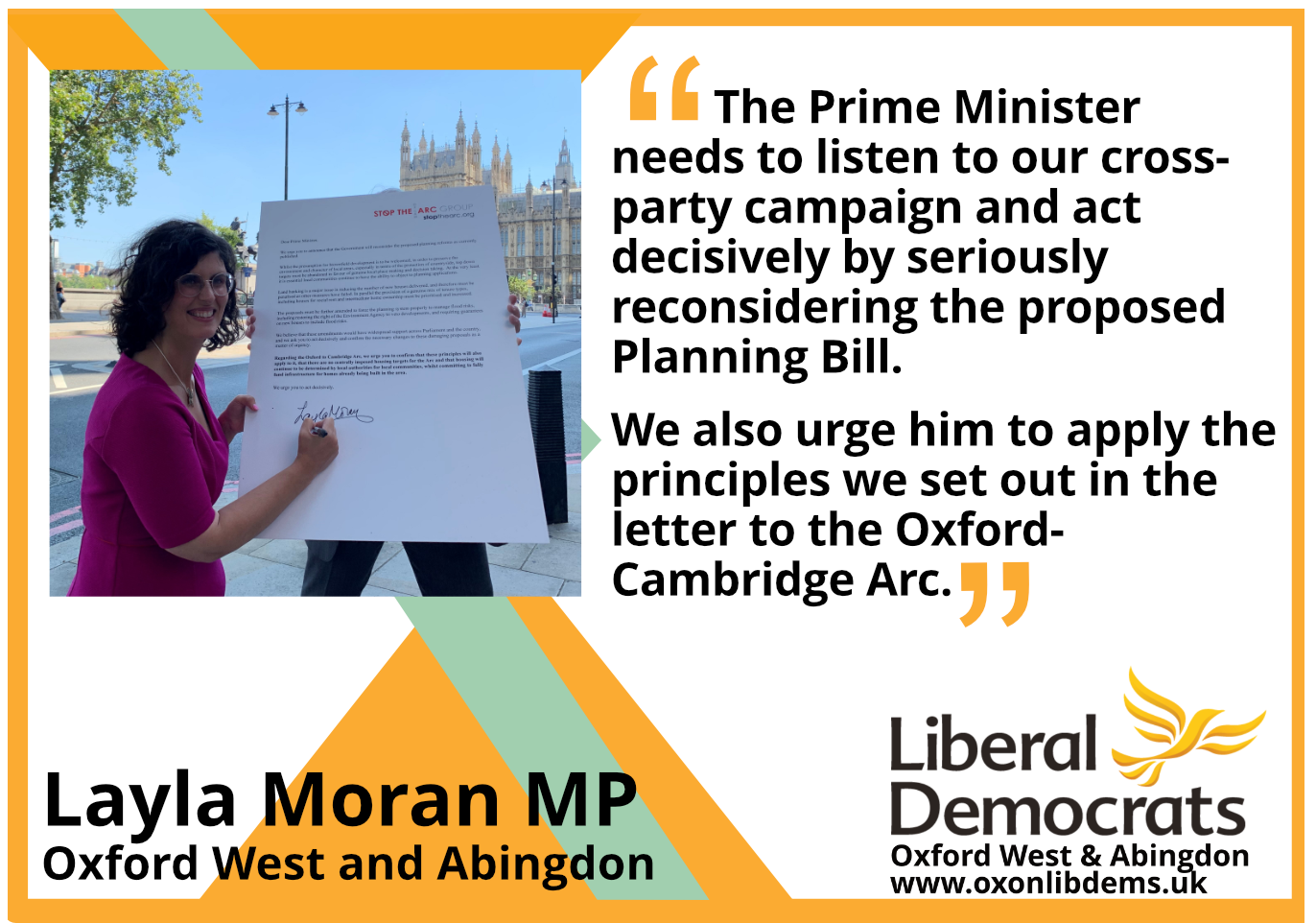 Layla said “local planning decisions need to be made by local councils for local communities”, adding “I will work cross-party to continue to oppose any attempts to impose housing targets from central government”.

Layla signed the letter to the PM together with Greg Smith, MP for Buckingham. The letter also calls on the Government to tackle the practice of land banking and ensure the planning system properly manages flood risks. 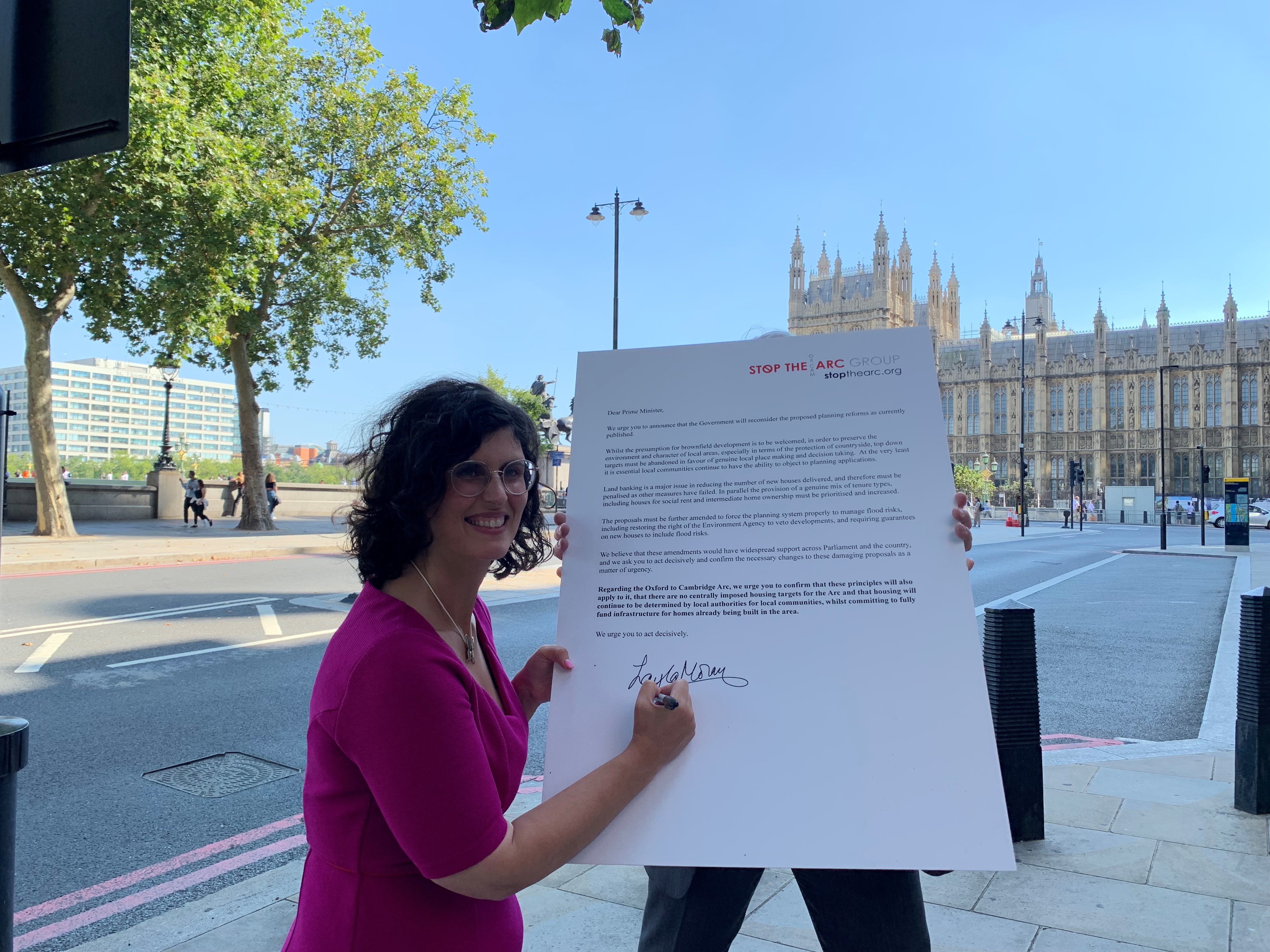 Layla signs the letter to the Prime Minister

More MPs are expected to sign the letter in the coming days.

The event comes after a cross-party campaign, including Layla and the Liberal Democrats, was successful in getting the Government to scrap the controversial Oxford-Cambridge Expressway.

Speaking after the event, Layla said: “I’ve been clear that local planning decisions need to be made by local councils for local communities. This is something I’ve been hearing loud and clear from constituents, including in my village surgeries last week. The Prime Minister needs to listen to our cross-party campaign and act decisively by seriously reconsidering the proposed Planning Bill. We also urge him to apply the principles we set out in the letter to the Oxford-Cambridge Arc.

This is about our community, our environment and how we think decisions should be made. I’d like to thank the Stop the Arc group and all the campaigners we met today and all the MPs who have spoken to us about the campaign. Now it’s down to the Government to make the necessary changes to their damaging proposals ASAP.”