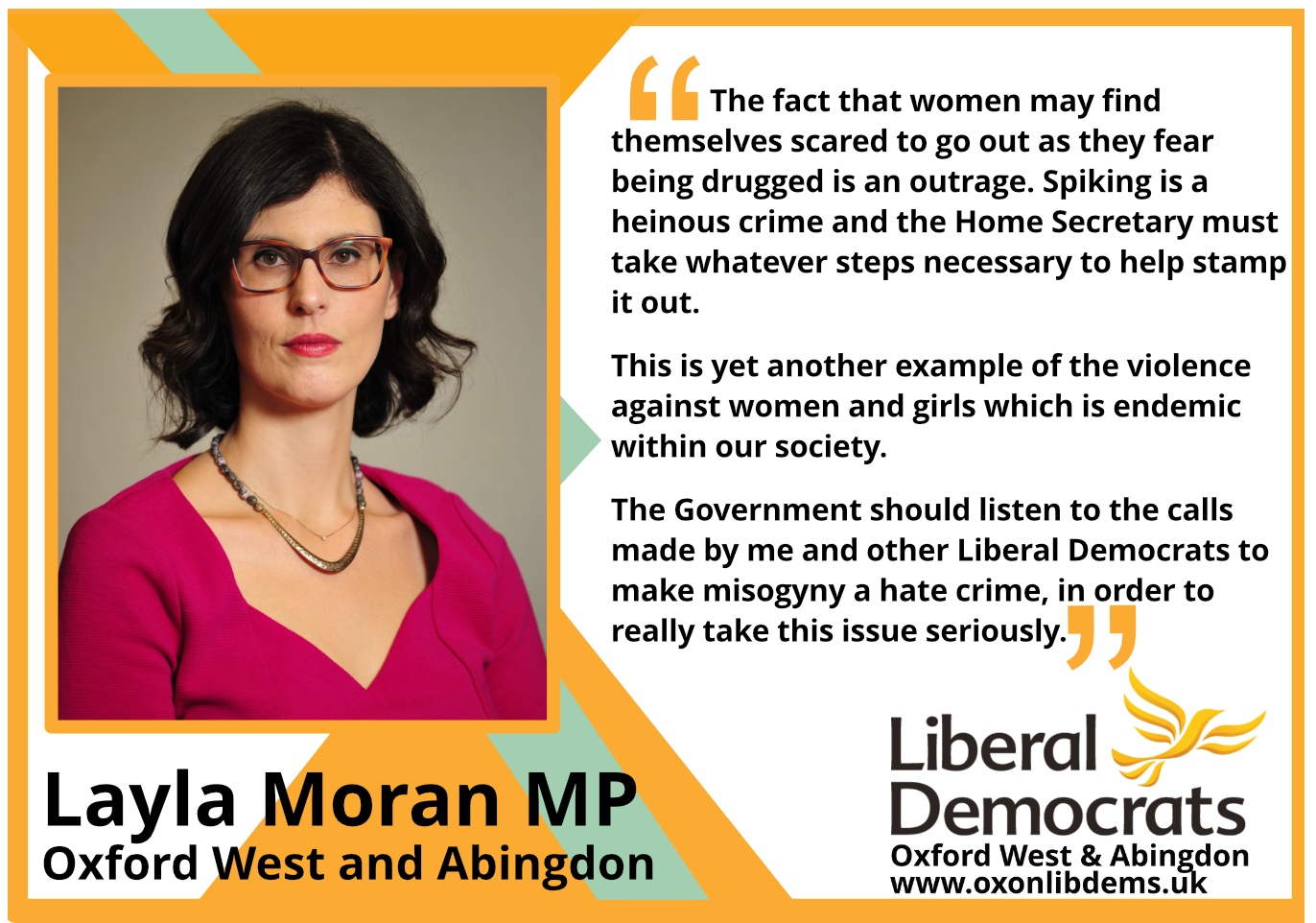 Layla Moran has written to the Home Secretary calling on her to take action to tackle the recent epidemic of ‘spiking’ incidents. In her letter, Layla commended the “bravery and commitment” of young people who chose to boycott nightclubs last month and asked the Home Secretary to set out the action she would be taking to support the police and the nighttime industry in stamping out the worrying uptick in spiking incidents.

Layla’s letter comes after an incident of spiking was reported by a young woman in Abingdon, which is being investigated by the police.

Layla said: "The fact that women may find themselves scared to go out as they fear being drugged is an outrage. Spiking is a heinous crime and the Home Secretary must take whatever steps necessary to help stamp it out.  This is yet another example of the violence against women and girls which is endemic within our society. The Government should listen to the calls made by me and other Liberal Democrats to make misogyny a hate crime, in order to really take this issue seriously.”