Layla Moran, the Lib Dem MP for Oxford West and Abingdon, has today visited Richard Ratcliffe outside the Iranian embassy in central London. Nazanin Zaghari-Ratcliffe has been on hunger strike under imprisonment in Iran for ten days, and her husband Richard is joining her from the UK to raise awareness of her ongoing plight.

Layla spoke to Richard about his strike, and asked what she could do to help. Moran previously called on the Prime Minister to do everything possible to free Nazanin. Richard’s aunt Rosemary Gay, and her husband Colin, from north Oxford, have also supported him. 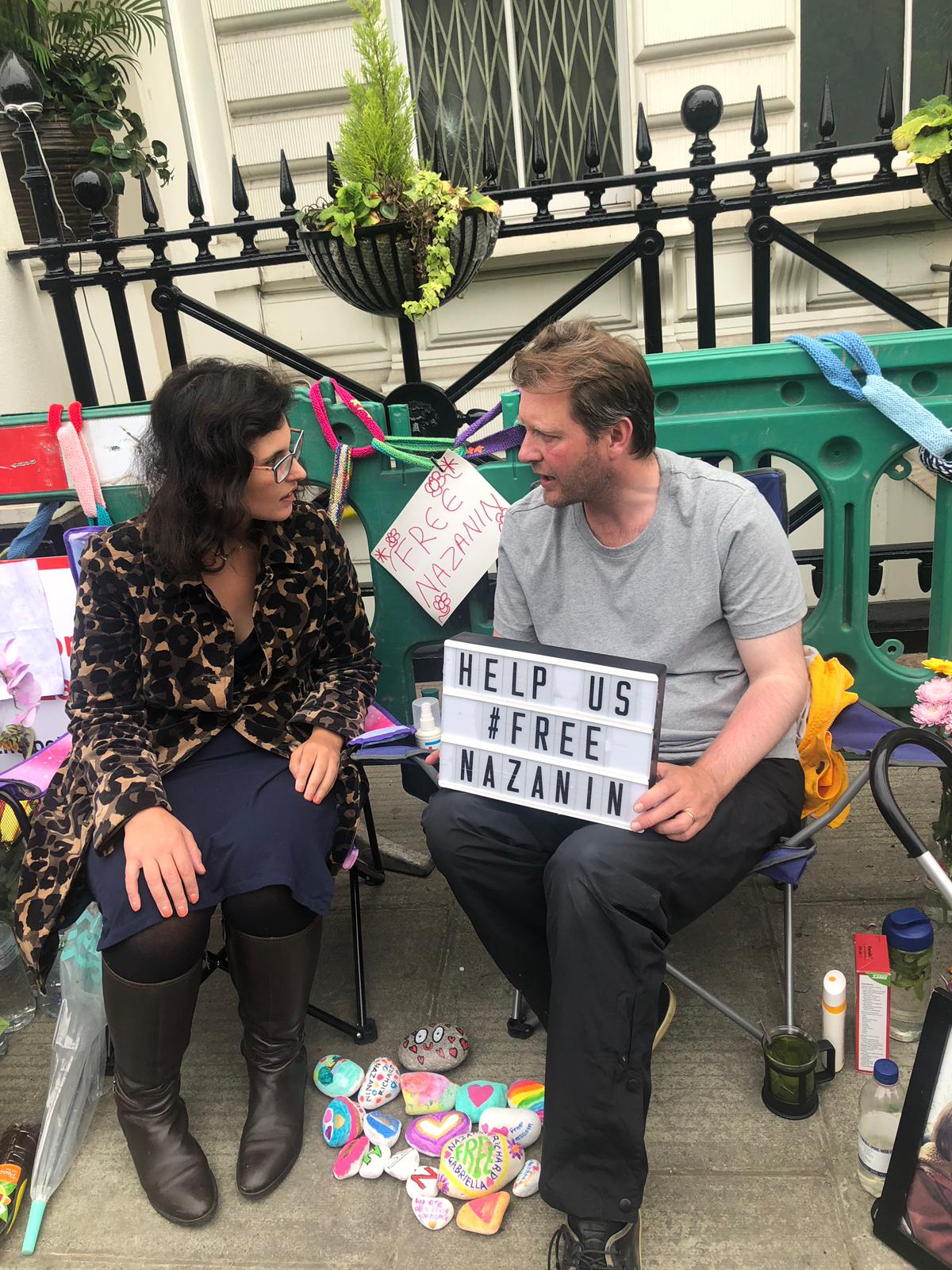 “It was an honour to visit Richard today. We spoke about Nazanin, and what more I can do to help. I also met other members of the family including his mum and sister, as well as his aunt Rosemary who is a constituent of mine.

“The UK Government must do everything it can to keep up the pressure on the Iranian government and free Nazanin.”