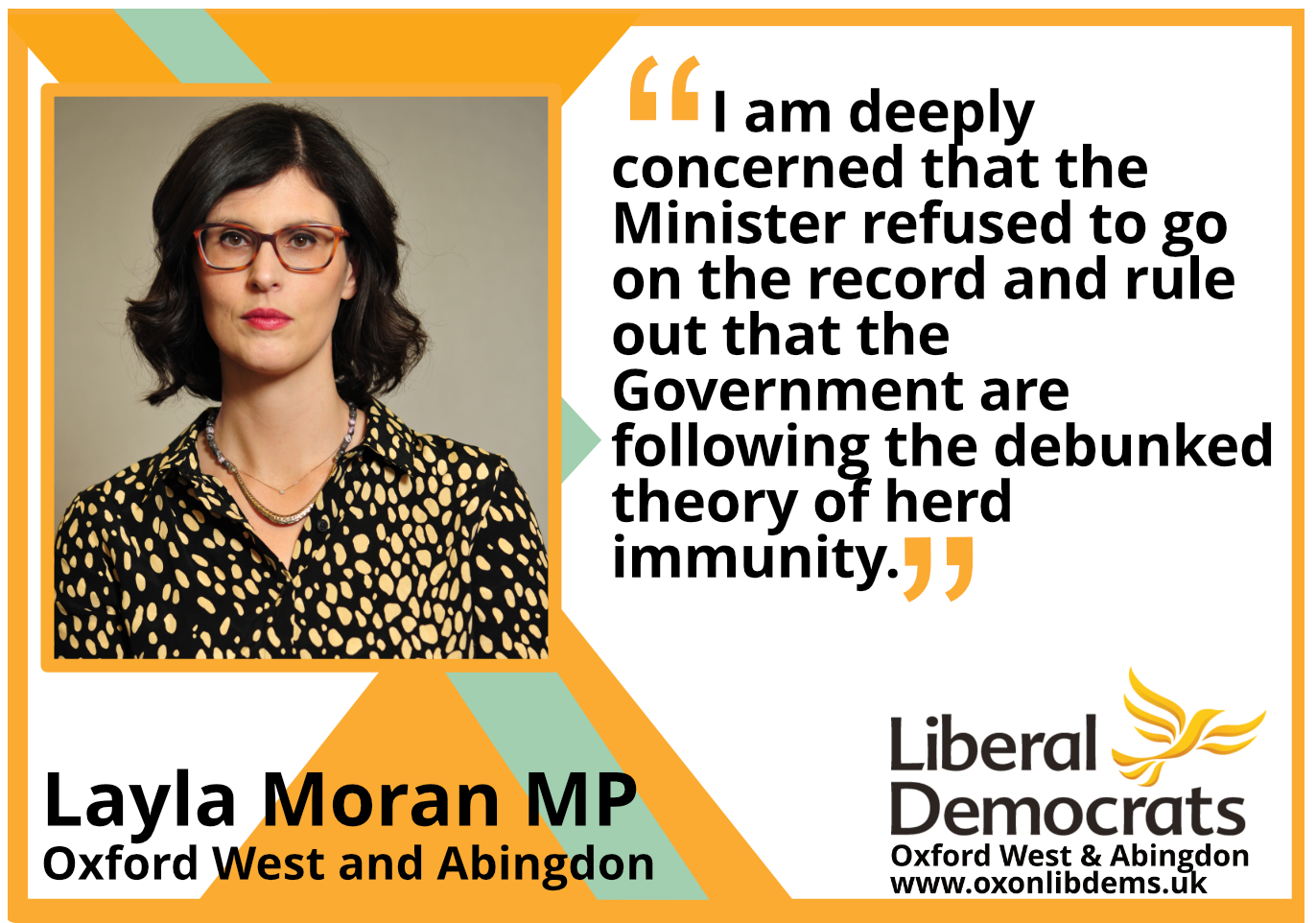 Layla Moran MP challenged Health Minister Maggie Throup yesterday in the House of Commons chamber over reports “that the approach the Government is taking is tantamount to herd immunity”.  In the exchange, Layla asked: “can the Minister be clear, is herd immunity the plan? And if it isn’t, what is?”

In her response, the Minister failed to answer or address the question. The exchange took place during an Urgent Question in the Commons over the Government’s Covid-19 strategy.

Speaking afterwards, Layla said: “I am deeply concerned that the Minister refused to go on the record and rule out that the Government are following the debunked theory of herd immunity. “It was deemed unattainable by the scientific community a long time ago.

“The Government must immediately go on the record and rule out this discredited idea as a way forward. With the Italian Prime Minister now singling out the UK’s strategy as what not to do, we urgently need to know what the plan is for winter to avoid cases rising even further and our NHS being overwhelmed.”