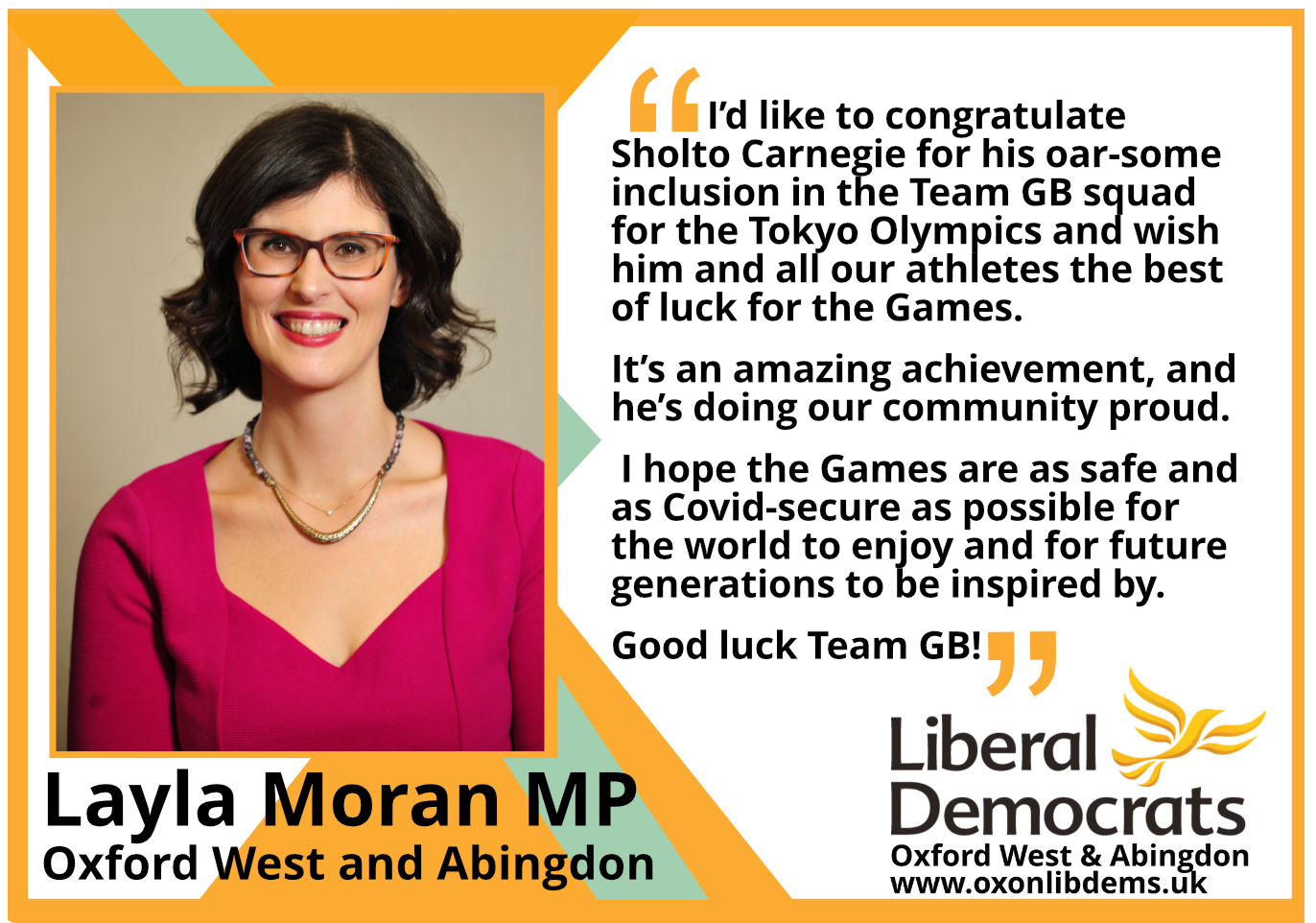 Layla Moran has tabled a motion of congratulations and best wishes in the House of Commons for her constituent Sholto Carnegie, for his participation in the upcoming Tokyo Olympic Games.  It comes after Carnegie, 26, made a splash in British rowing after an oar-inspiring 2019 season as part of the British men’s four team, winning World Bronze, European Gold and World Cup III silver.

Layla said Sholto’s inclusion in the Team GB squad was a real credit to him and an “amazing” achievement, and in her motion acknowledged “the hard work and sacrifice many athletes have made during the Covid-19 pandemic”.

Layla wished Sholto Carnegie, and the rest of Team GB, the very best of luck in the Games and said he was “doing our community proud.”

Layla said: “I’d like to congratulate Sholto for his oar-some inclusion in the Team GB squad for the Tokyo Olympics, and wish him and all our athletes the best of luck for the Games.

“It’s an amazing achievement, and he’s doing our community proud. Athletes have worked so hard and made sacrifices during this pandemic. I hope the Games are as safe and as Covid-secure as possible for the world to enjoy and for future generations to be inspired by. Good luck Team GB!”