Layla: Dark arts of Cummings have no place in Downing Street

Liberal Democrat MP for Oxford West and Abingdon Layla Moran has written to Cabinet Secretary Sir Mark Sedwill, calling on him to block the appointment of Dominic Cummings as senior adviser to Boris Johnson on grounds of suitability.

The letter cites that Cummings has previously been found in contempt of Parliament for refusing to attend a select committee, and highlights a track record of dubious behaviour in relation to leaked documents and unsubstantiated campaign claims during the EU referendum. 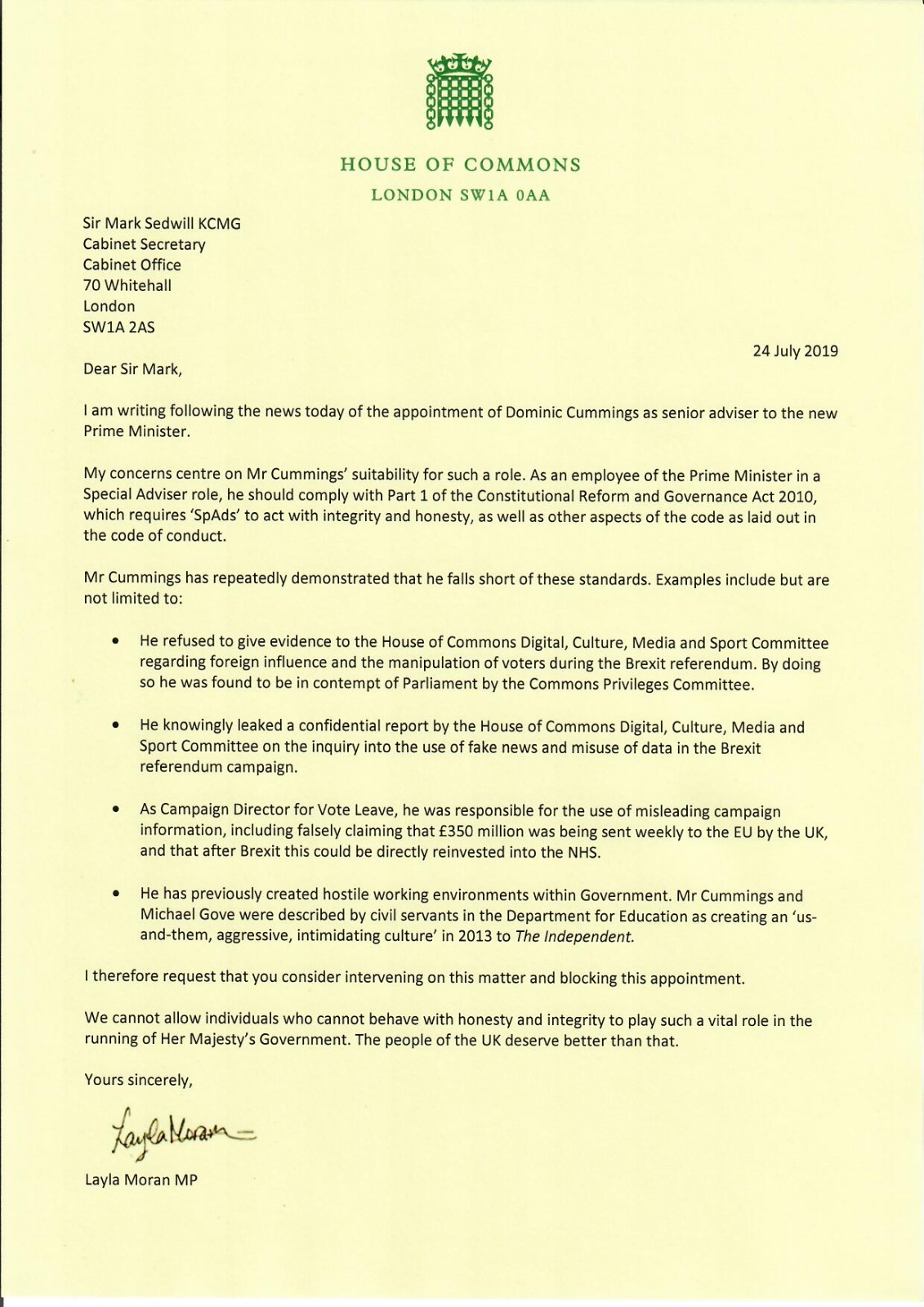 Commenting on Cummings’ appointment and the representation to Sir Mark Sedwill, Layla said:

“The appointment of Dominic Cummings should send shivers down the spines of UK citizens. This is a man who has peddled lies and flouted the truth for sheer, cynical political gain.

“The dark arts that he proffers should have no place in Government, and no place in Downing Street. If Boris Johnson is serious about uniting our country, then appointing one of the most divisive figures in politics is hardly the best start.

“Boris Johnson needs to act like a Prime Minister, and not be the puppeteer of someone who has so little respect for the British people.”