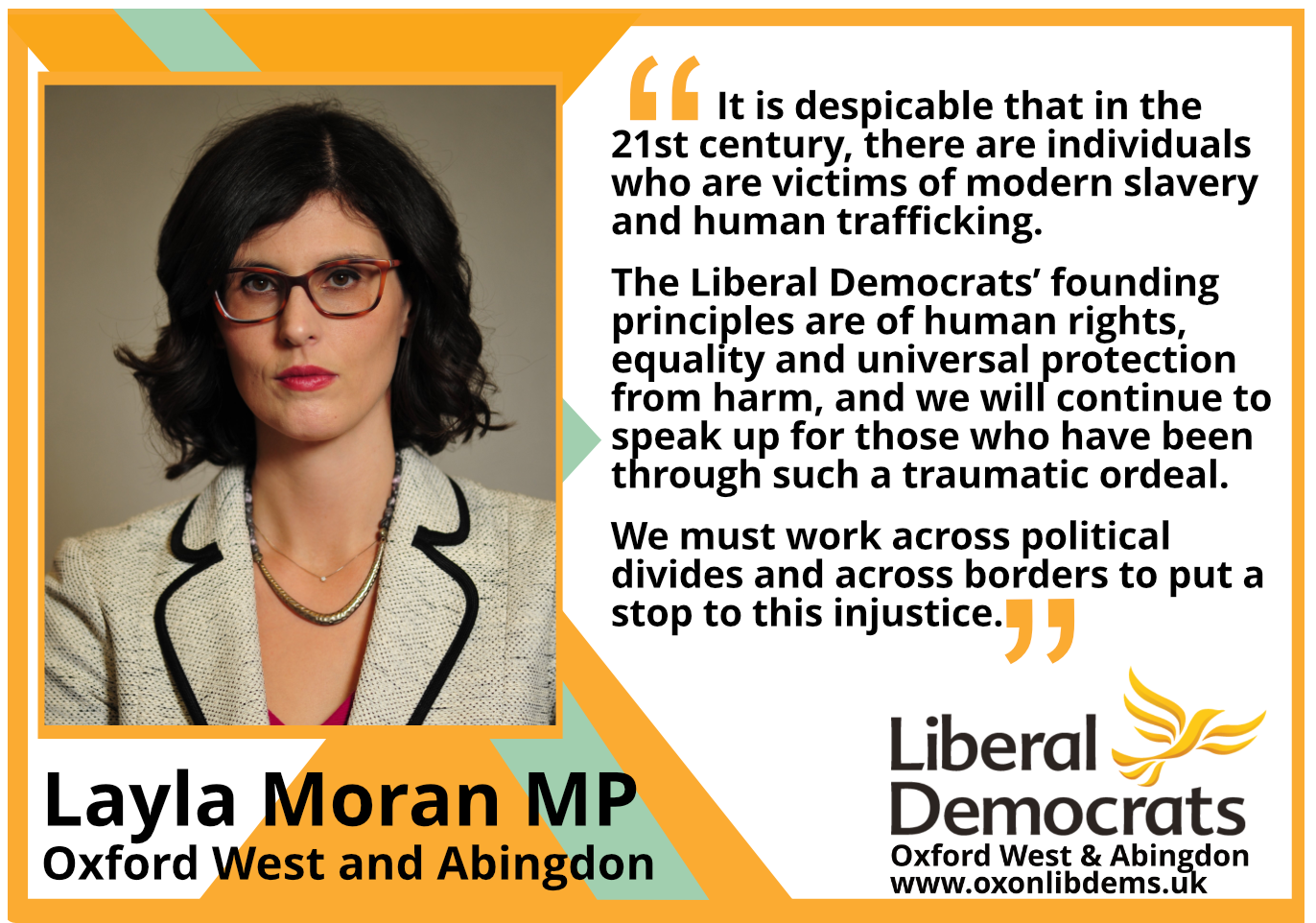 Layla Moran, the Liberal Democrat Foreign Affairs and International Development spokesperson, has marked the United Nations’ World Day against Trafficking in Persons. Around the globe, the pandemic has increased the number of people being trafficked domestically, including children. We have to work across political divides and across borders to put a stop to this injustice.

This month, After Exploitation, an organisation which tracks modern slavery in the UK, obtained figures from the Home Office revealing that a large majority, some 81%, of modern slavery reports were initially rejected by government officials.

Layla has called on the Government to do more to help those claiming they are the victims of modern slavery and human trafficking, saying "The Government must do better. They must not let these vulnerable people down". Layla said: "The Liberal Democrats’ founding principles are of human rights, equality, and universal protection from harm, and we will continue to speak up for those who have been through such a traumatic ordeal."

A recent report by the United Nations Office for Drugs and Crime identified that the COVID-19 pandemic has made estimating the scale of trafficking in persons even more difficult. However, in some countries, domestic trafficking has reportedly increased.

Children have been particularly affected by this increase in human trafficking. The pandemic has forced them out of school and often needing to support parents who have lost their livelihoods.

Layla said: "It breaks my heart what is happening to these children. It is despicable that in the 21st century, there are individuals who are victims of modern slavery and human trafficking. We must work across political divides and across borders to put a stop to this injustice."