“I am disappointed that GWR has taken the decision to stop supporting the easitNETWORK travel scheme.

“Sustainable travel has never been more important, and without these discounts in place I’m concerned that some commuters will revert to using their cars instead. In a climate emergency, that’s very much a step in the wrong direction.

“I have offered to host a meeting between GWR, easitNETWORK and all the MPs whose constituents are affected by this situation.” 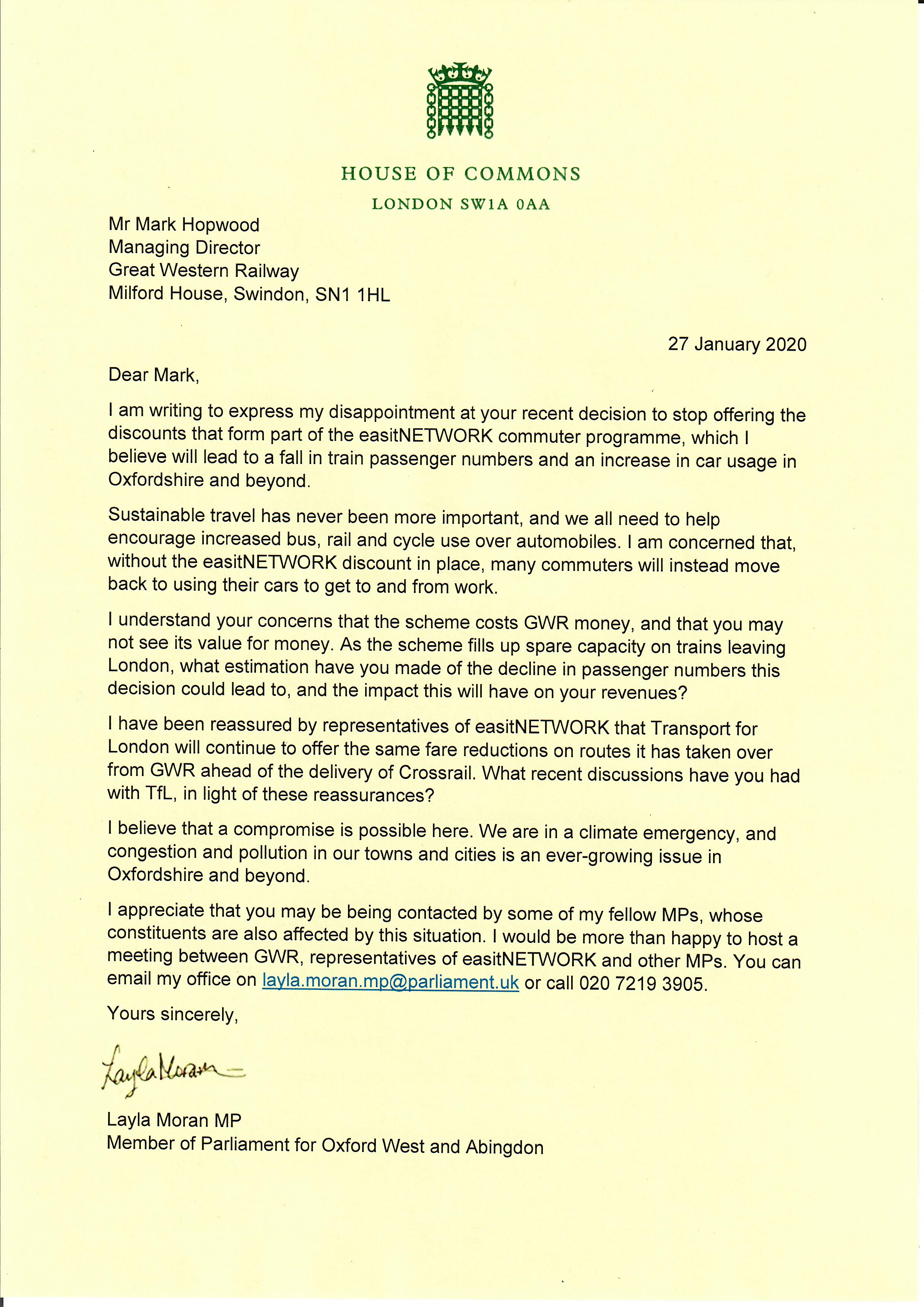 I am writing to express my disappointment at your recent decision to stop offering the discounts that form part of the easitNETWORK commuter programme, which I believe will lead to a fall in train passenger numbers and an increase in car usage in Oxfordshire and beyond.

Sustainable travel has never been more important, and we all need to help encourage increased bus, rail and cycle use over automobiles. I am concerned that, without the easitNETWORK discount in place, many commuters will instead move back to using their cars to get to and from work.

I understand your concerns that the scheme costs GWR money, and that you may not see its value for money. As the scheme fills up spare capacity on trains leaving London, what estimation have you made of the decline in passenger numbers this decision could lead to, and the impact this will have on your revenues?

I have been reassured by representatives of easitNETWORK that Transport for London will continue to offer the same fare reductions on routes it has taken over from GWR ahead of the delivery of Crossrail. What recent discussions have you had with TfL, in light of these reassurances?

I believe that a compromise is possible here. We are in a climate emergency, and congestion and pollution in our towns and cities is an ever-growing issue in Oxfordshire and beyond.

I appreciate that you may be being contacted by some of my fellow MPs, whose constituents are also affected by this situation. I would be more than happy to host a meeting between GWR, representatives of easitNETWORK and other MPs. You can email my office on [email protected] or call 020 7219 3905.