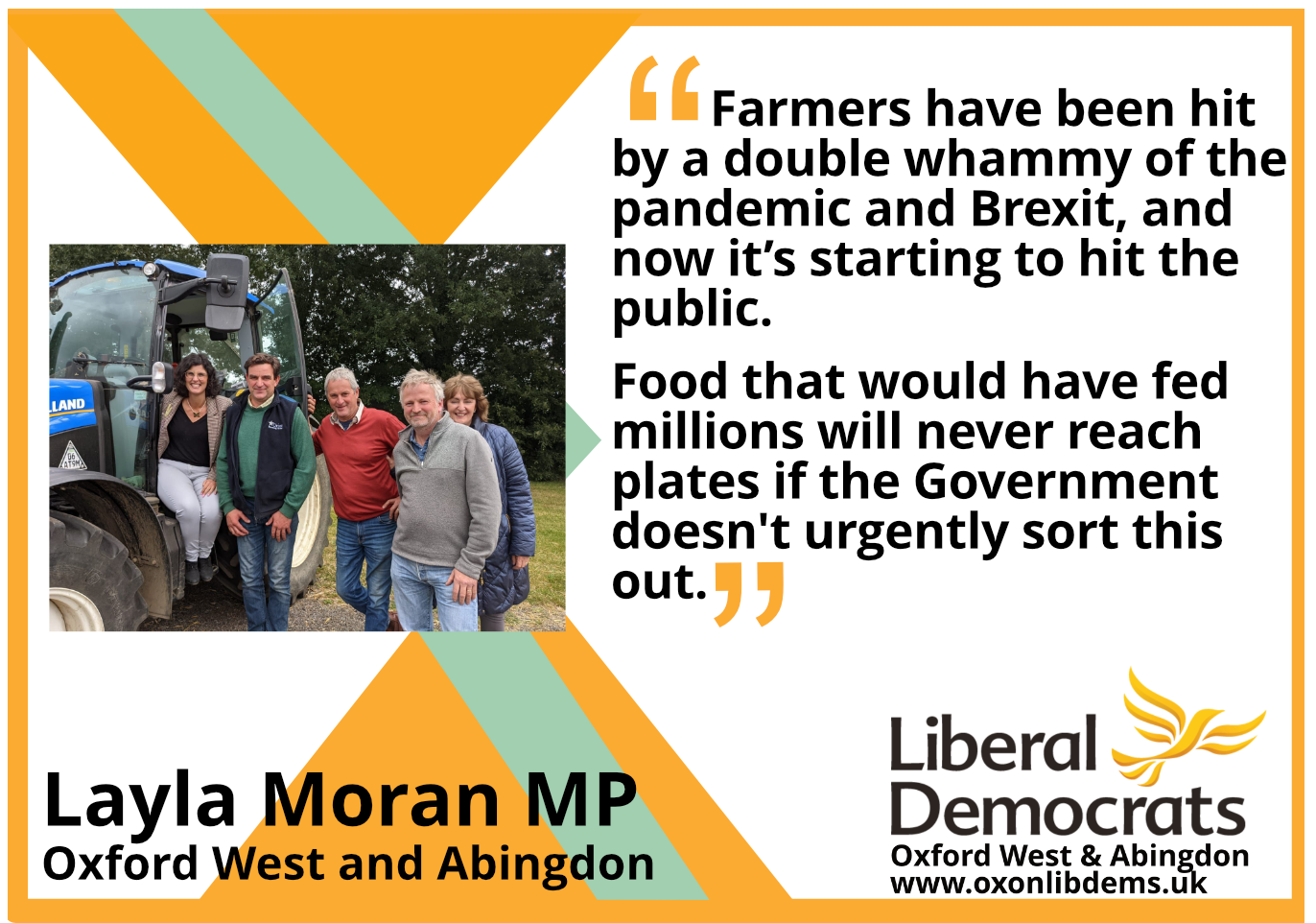 Since Brexit, the NFU, which represents farmers, has asked the government for a Covid visa recovery scheme, in the short term, after research conducted jointly with food organisations showed a gap of 500,000 workers across the supply chain. The NFU is also calling for a permanent seasonal workers' scheme.

Peach Croft farm is a family-run farm outside Abingdon, which uses traditional methods.

The whole food supply chain has been hit, and shortages are now being seen with a lack of HGV drivers as well as shortages in hospitality.

Liberal Democrats are urgently calling for:

Layla Moran said: “Farmers have been hit by a double whammy of the pandemic and Brexit, and now it’s starting to hit the public. Food that would have fed millions will never reach plates if the Government doesn't urgently sort this out. Farmers are such an important part of our community, feeding us all with quality British food. If we want to continue to have access to that food, we need action now.”

Bill Homewood, of Peach Croft farm, said: "This is skilled work, and it’s highly seasonal, so for the government to take away access to those skilled workers from abroad without a backup plan, has put us at a real disadvantage. We strive to produce food to the highest standards for the British public, and we need workers to help us achieve this. The last two years have been an incredibly tough time for farmers, and I hope we're listened to by the government."