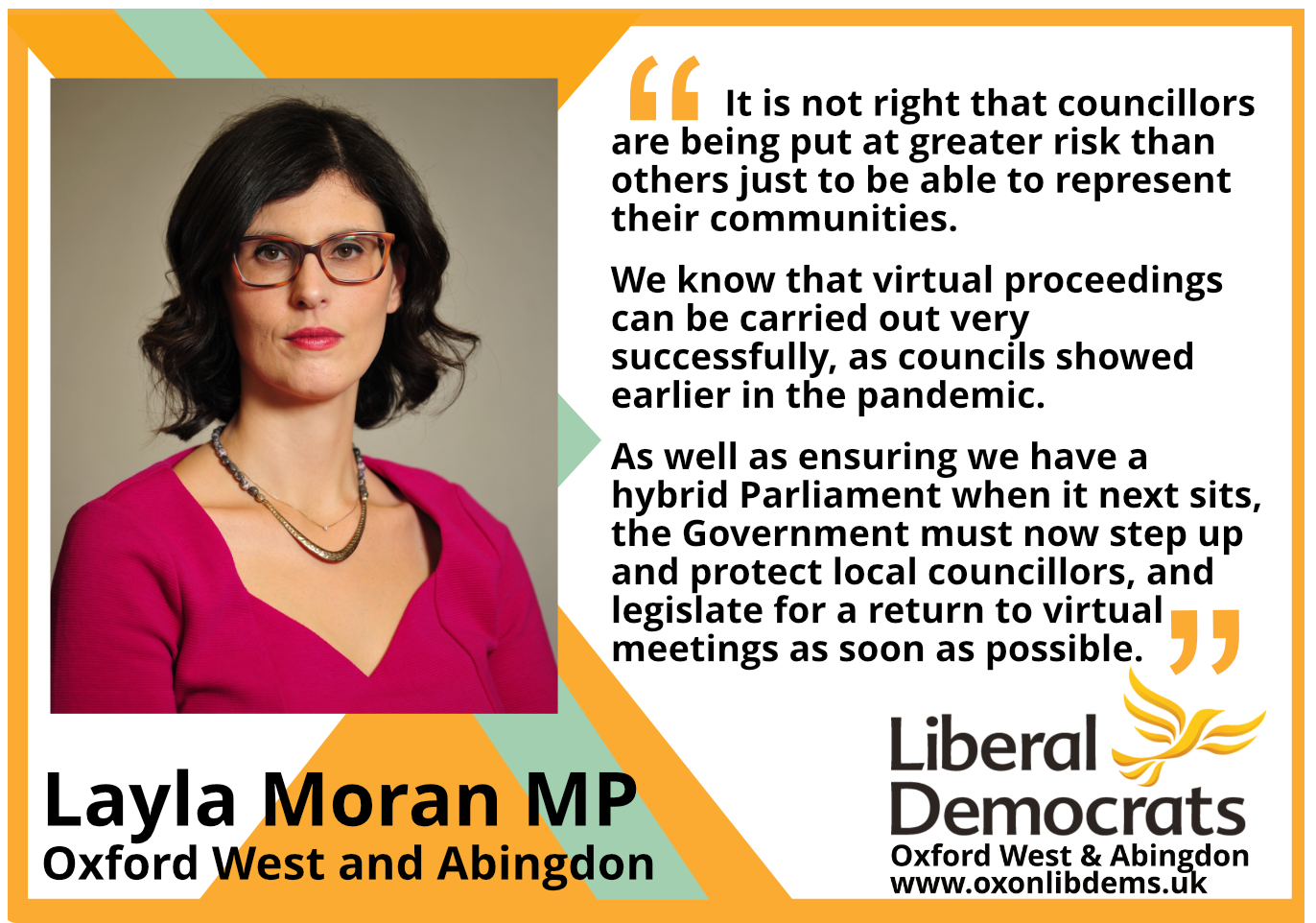 Layla Moran has joined the calls by Lib Dem Leader at Vale of White Horse, Cllr Emily Smith for a return to virtual meetings for local councils n light of Plan B restrictions and the ever-increasing spread of the Omicron variant.

Vale of White Horse District Council, in Layla’s constituency, have been calling for these measures since the summer, when council leader Cllr Emily Smith wrote to the Secretary of State for Housing, Communities and Local Government asking for the Government to allow for the return of virtual proceedings. However, the Government has failed to enact these changes in the five months since then.

Layla Moran MP said: “When the rest of the country is being asked to work from home, it seems illogical to demand that councillors, who are paid no salary for their work, are crammed into chambers with little to no ability for social distancing.

“It is not right that councillors are being put at greater risk than others just to be able to represent their communities. We know that virtual proceedings can be carried out very successfully, as councils showed earlier in the pandemic. As well as ensuring we have a hybrid Parliament when it next sits, the Government must now step up and protect local councillors, and legislate for a return to virtual meetings as soon as possible.”

Cllr Emily Smith, leader of Vale of White Horse District Council, said: "Many councillors are vulnerable or have vulnerable family members. Not allowing them to vote and take part in decision making on-line disenfranchises them, and the residents they represent. Councils proved last year that on-line council meetings worked well and increased transparency and participation of the public.

“With record numbers of Covid cases I see no reason why councils shouldn't be allowed to hold meetings online if that is safer and more practical locally. I urge Government to pass legislation to enable safe and open remote council meetings to be permitted as a matter of urgency."