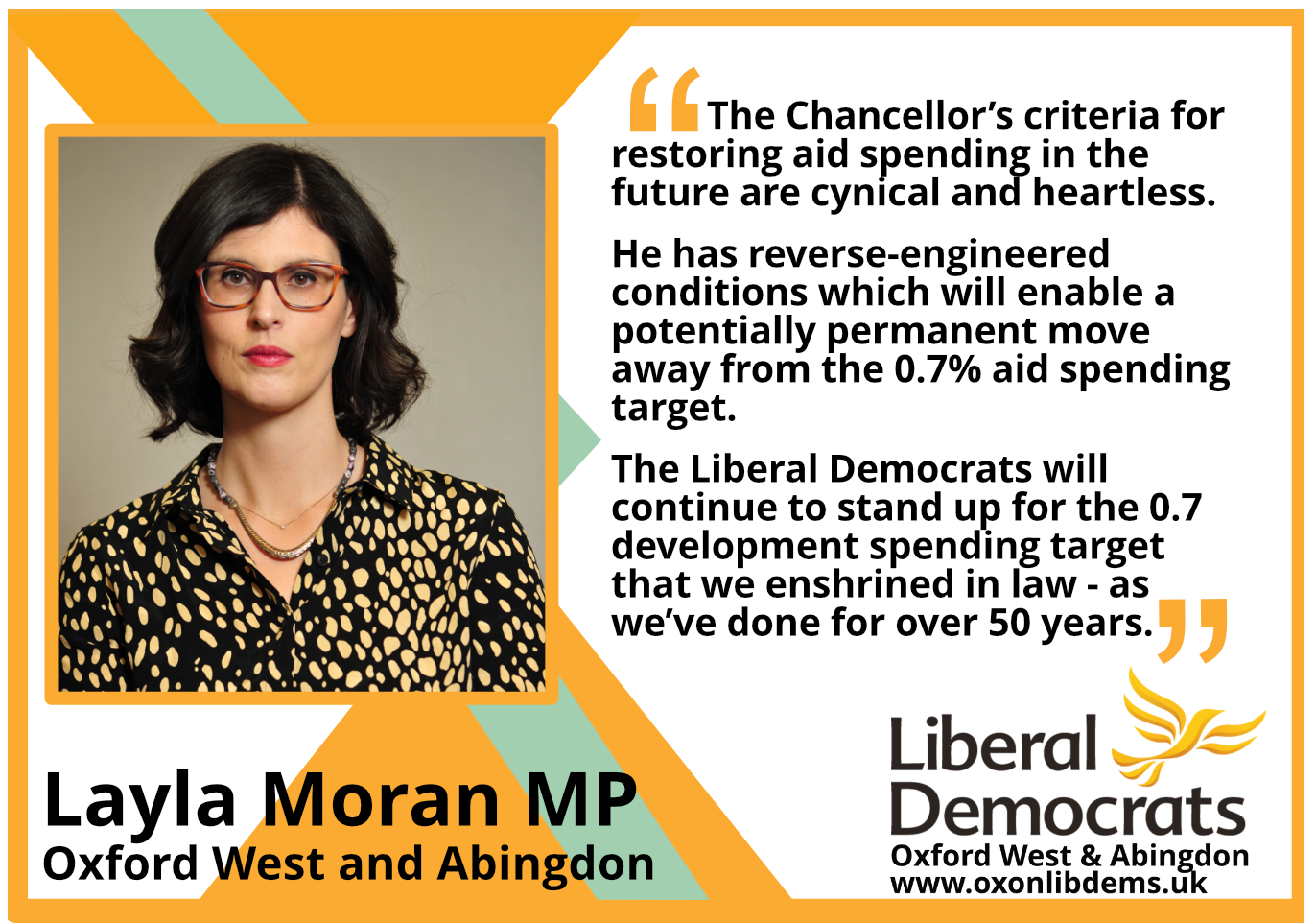 Responding to the Government winning a vote on its decision to cut aid spending in the House of Commons last week, Layla Moran MP, Lib Dem International Development Spokesperson, said: “The Chancellor’s criteria for restoring aid spending in the future are cynical and heartless. Only once since the turn of the century have his two tests been met, and they won’t be met in this Parliament. He has reverse-engineered conditions which will enable a potentially permanent move away from the 0.7% aid spending target.

“The Conservatives have broken their promise to the world’s poorest and to the British people and, as we saw in the Chesham and Amersham by-election, voters in the blue wall won’t forget that. Today’s events make a mockery of Global Britain. The Liberal Democrats will continue to stand up for the 0.7 development spending target that we enshrined in law - as we’ve done for over 50 years.”

How MPs voted can be found here.