Layla Moran: “confusion must end” over Everyone In rough sleeping scheme 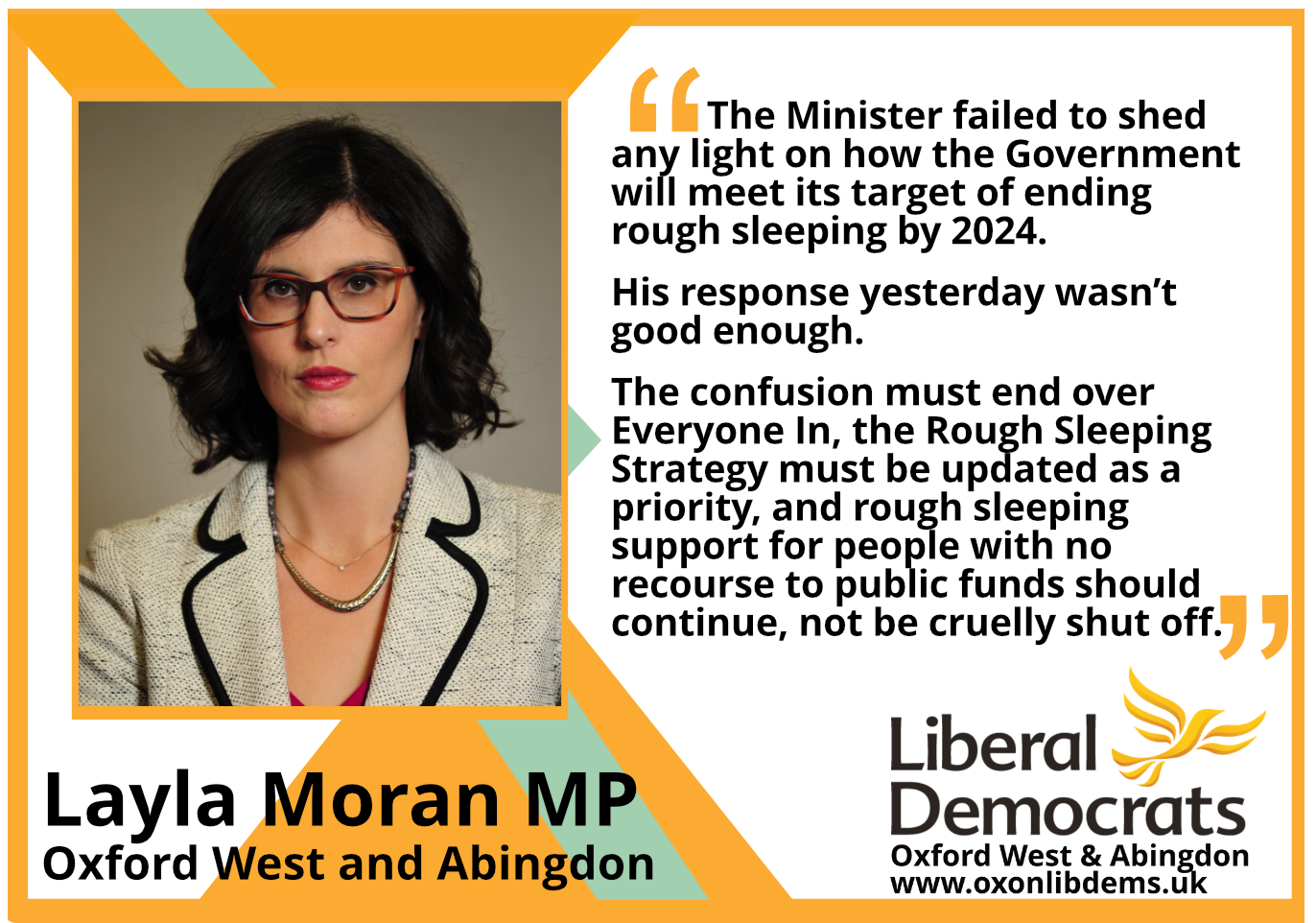 Layla Moran has said the “confusion must end” and the Government “must urgently clarify its position” when it comes to the Everyone In rough sleeping scheme and its continuation.

It comes after Layla told the Homelessness Minister in the Commons yesterday that “several councils have reported that the Government has instructed them, through the terms of the rough sleeping initiative funding allocations, to end the use of emergency accommodation for those sleeping rough, so signalling the end of the Everyone In scheme.”

Layla asked the Minister if he could confirm the news, to which he said “It is categorically not the case”.  However, earlier this month, Oxford City Council announced that the Government had called an end to Everyone In and that they were moving to new arrangements. It was also reported by Inside Housing [paywall] magazine.

Layla Moran who's Oxford West and Abingdon constituency includes part of the city of Oxford said that “councils deserve clarity ASAP on this so they can plan for the future”.

The Minister also failed to answer Moran’s question of when the Rough Sleeping Strategy will be updated to detail how the Government plans to meet its target of eliminating rough sleeping by 2024. Layla said: “In his response to my question yesterday, the Minister completely failed to answer my points and only created more confusion than before.

The Government must urgently clarify its position - councils deserve clarity ASAP on this so they can plan for the future. We all want to see rough sleepers moved into more permanent accommodation, but asking councils to plan for the end of Everyone In without a proper public announcement, and then denying any attempt to seek answers only muddies the waters even more. We need to be far more joined up.

The Minister failed to shed any light on how the Government will meet its target of ending rough sleeping by 2024. His response yesterday wasn’t good enough. The confusion must end over Everyone In, the Rough Sleeping Strategy must be updated as a priority, and rough sleeping support for people with no recourse to public funds should continue, not be cruelly shut off.”