Layla Moran: Conservatives “completely out of touch” on Universal Credit 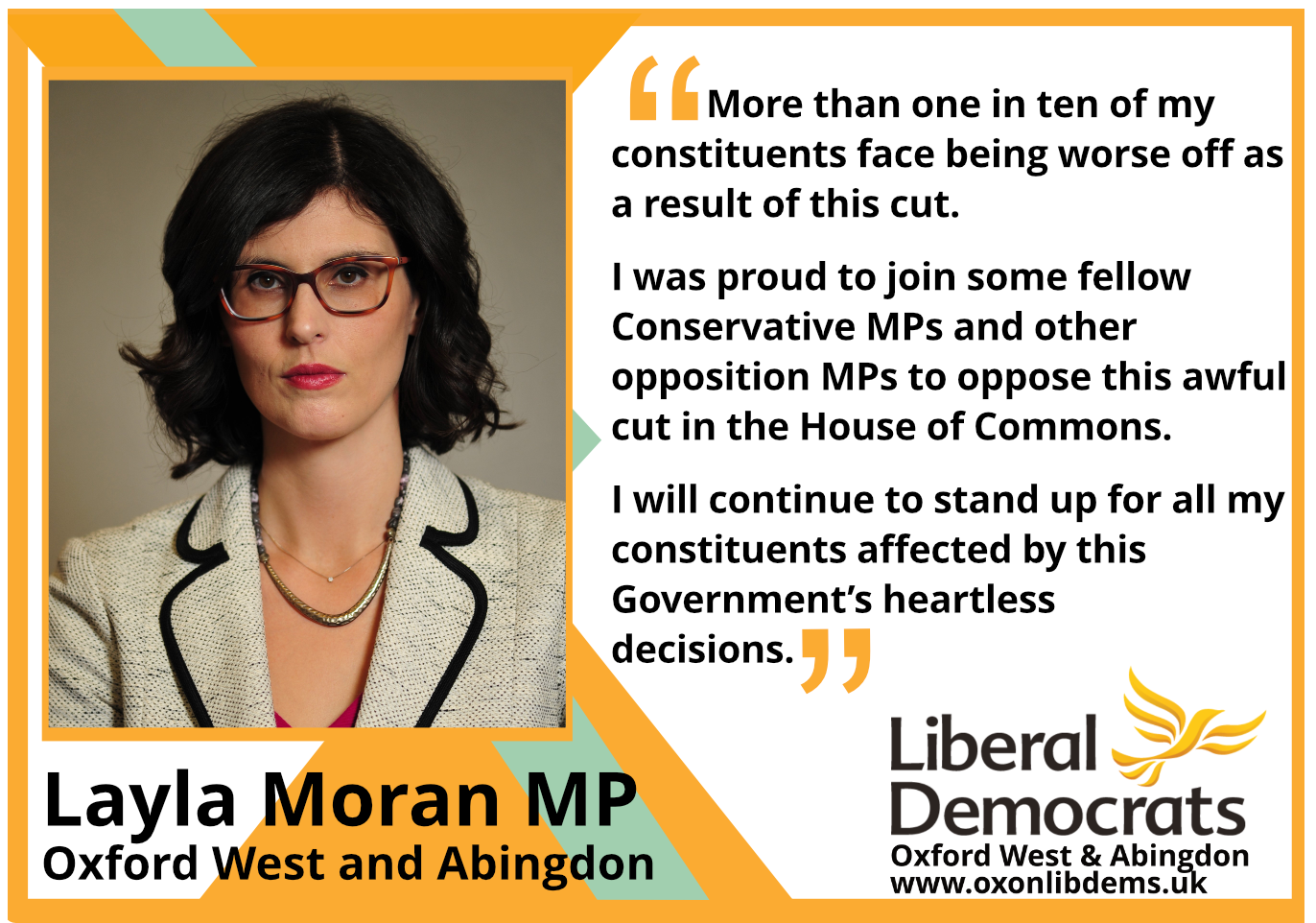 Layla Moran joined other opposition MPs and some Conservative MPs in voting to demand the Government makes the Universal Credit uplift permanent. Speaking after the Parliamentary debate and vote, Layla Moran, “Boris Johnson and the Conservative MPs who abstained in this afternoon’s vote are completely out of touch. They have decided to rip up support for millions of families across the country.

The debate which took place in Parliament last week follows the release of figures that as many as 11%, or more than one in ten, of hard-pressed families across Oxford West and Abingdon constituency face being left worse off when the Government ends the uplift to Universal Credit next month.

The New data from the Joseph Rowntree Foundation exposes the true nature of how badly some areas will be hit by the £20 Universal Credit cut, which is opposed by Layla Moran MP and the Liberal Democrats. In the report, the Joseph Rowntree Foundation estimates that the Universal Credit cut alone could force 500,000 people, almost half of them, children, into poverty. Their breakdown shows that some 4,560 families in Oxford West and Abingdon will be harmed by the Government’s uplift cut, with 21% of families with children in Oxford West and Abingdon being affected adversely.