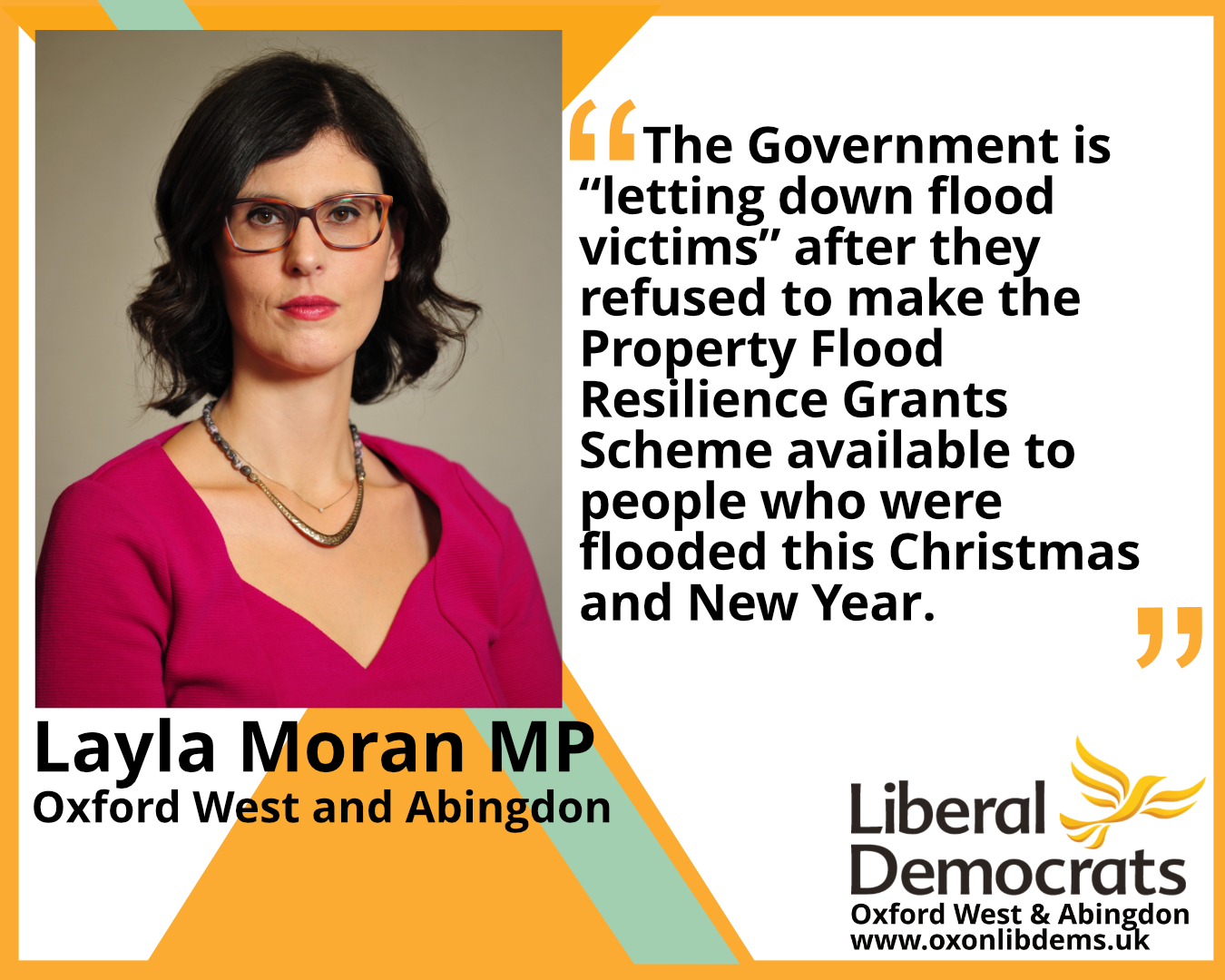 Layla Moran, Lib Dem MP for Oxford West and Abingdon, has said the Government is “letting down flood victims” after they refused to make the Property Flood Resilience Grants Scheme available to people who were flooded this Christmas and New Year.

Layla tabled a written parliamentary question on 3rd March 2021 to the Secretary of State for Environment, Food and Rural Affairs, asking if he would extend the scheme.  Her request follows several instances of flooding and high alerts since December 2020 in Oxford West and Abingdon.

The Liberal Democrats have also called for extra funding for flood defences, including for the Abingdon Flood Alleviation Scheme, to help prevent the longer-term costs of supporting people whose homes have flooded.

Layla Moran said: The Government is letting down flood victims - extending the Property Flood Resilience Grants Scheme really is the least they should be doing. They’re passing even more of the buck to councils who are already under severe financial strain, after years of government cuts and a pandemic. We’re in a climate emergency and face increased flood risk in our area, but the Conservatives are refusing to invest to protect our community.

“Flooding can have a devastating impact on people’s lives and livelihoods. It’s time the Government stepped up, funded the Abingdon alleviation scheme, extended the Flood Resilience Grants and made the Green Homes Grant available to homeowners protecting themselves from flooding, rather than cutting it back.”

Cllr Paul Barrow, Lib Dem Vale of White Horse District councillor for Ridgeway said: “Flooding can harm our personal well-being and the local economy. Climate change is a reality, CO2 levels are increasing almost exponentially, and the effects are delayed; flooding is only going to get worse before it gets better.”