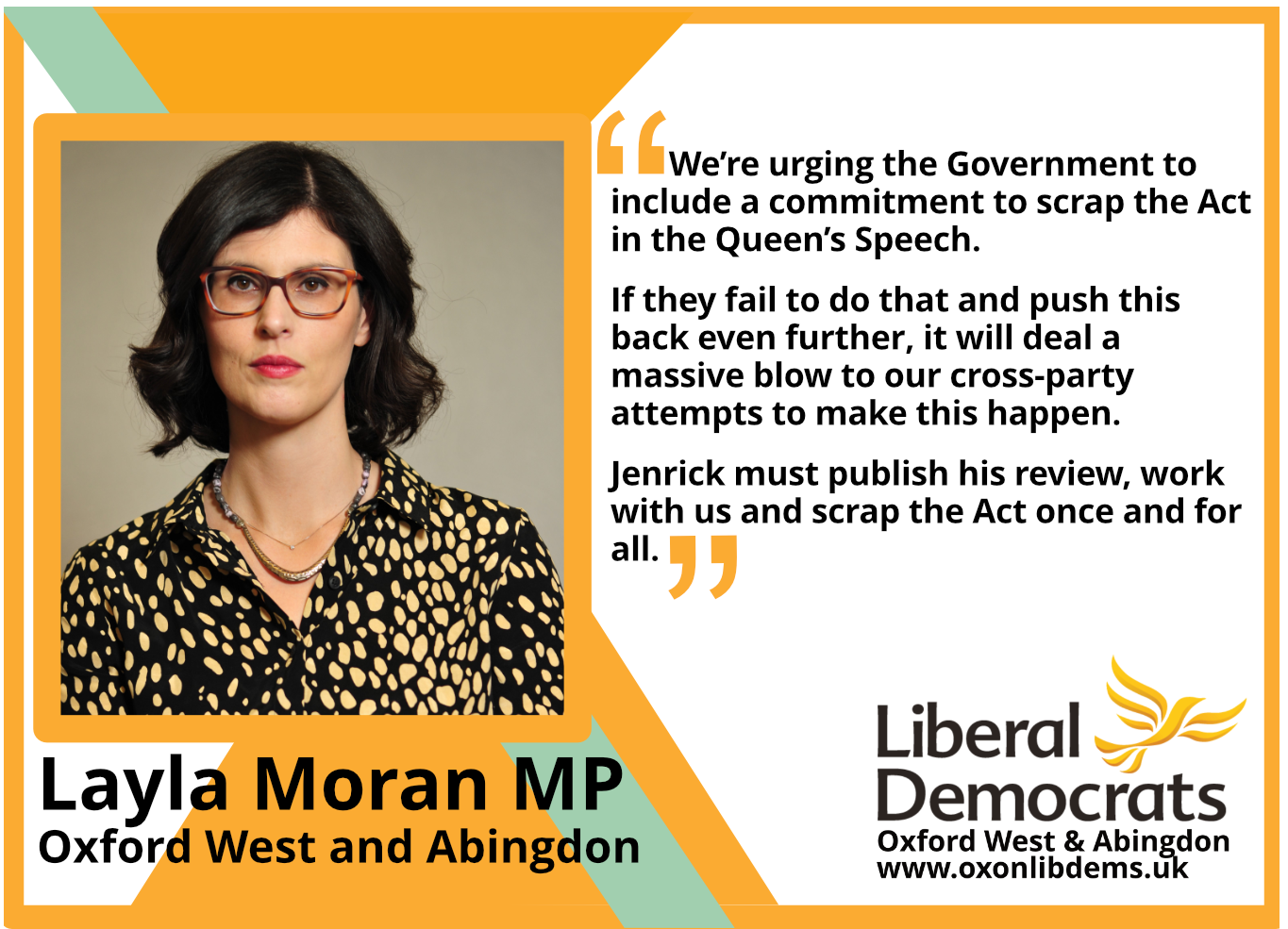 Over 60 MPs and Peers from five parties, as well as crossbenchers and the Bishop of Manchester, have written to Housing Secretary Robert Jenrick urging him to include the repeal of the Vagrancy Act in the Queen’s Speech (11th May 2021), in a letter led by Liberal Democrat MP Layla Moran.

Signatories include the Bishop of Manchester and Lord Morse, the ex-Comptroller and Auditor General of the National Audit Office, as well as parliamentarians from the Liberal Democrats, Conservatives, Labour, Greens and Plaid Cymru.

In the letter, they urge the Housing Secretary to act following his comments in the House of Commons in late February, saying: “A failure to ensure the scrapping of the Act in the next session would deal a blow to cross-party efforts to address the homelessness crisis with a more compassionate and holistic approach.”

The letter continues: “If we can’t even repeal this heartless, cruel law almost 200 years since its introduction, what does that say about our country?” The Vagrancy Act, introduced in 1824, criminalises rough sleeping in England and Wales and is still used.

Layla Moran MP's campaign to scrap the Act started when she was first elected in 2017, in response to a petition by the Oxford University Student Union and Oxford-based homelessness group On Your Doorstep.

Liberal Democrat MP Layla Moran commented: “Today it’s still the law for rough sleepers to be arrested and prosecuted for the crime of not being able to afford a roof over their head. It’s a moral outrage that a Victorian-era law continues to punish those who desperately need help. The clock is ticking for this Government. We urgently need a more compassionate and holistic approach to ending homelessness in this country. There is significant cross-party support for the Vagrancy Act to be repealed as a first step – why doesn’t Robert Jenrick act?

“We’re urging the Government to include a commitment to scrap the Act in the Queen’s Speech. If they fail to do that and push this back even further, it will deal a massive blow to our cross-party attempts to make this happen. Jenrick must publish his review, work with us and scrap the Act once and for all.”

Jon Sparkes, chief executive of Crisis, commented: “No one should be criminalised for being homeless in a compassionate society. The Vagrancy act does nothing to tackle rough sleeping and only drives people further away from support.  “Scrapping this appalling act has cross-party support and we are ready to work with the UK government to help consign it to history.”