Layla Moran MP has tabled a cross-party Bill in Parliament today that would give MPs a vote on extending the Brexit transition period.

The Liberal Democrat MP for Oxford West & Abingdon warned the government’s refusal to extend the transition period was “deeply irresponsible” a time when the country should be focused on tackling the coronavirus pandemic. It comes amid warnings that a no-deal Brexit could lead to shortages of medicines and disruption to food supplies.

The Bill, co-sponsored by another 11 MPs from Labour, SNP, the Greens, SDLP and Plaid Cymru, would allow Parliament to vote on a proposed extension by amending the EU Withdrawal Bill. The cross-party groups of MPs are calling on the government to fast-track the Bill’s passage through Parliament and call a vote as soon as possible, to pull back from the brink and avoid the threat of a no deal Brexit at the end of the year.

Layla Moran said: “The government’s stubborn refusal to agree an extension to the transition period is deeply irresponsible. At a time when we should be focused on tackling this pandemic, precious resources are being diverted to planning for a no deal Brexit.

“We face the threat of chaos at our ports, disruption to food supplies and shortages of vital medicines this winter at the same time as a potential second wave.

“It’s not too late to change course and protect businesses and families from this senseless and self-inflicted damage.

“This cross-party Bill would give MPs a vote on an extension, so we can focus on the crisis in front of us instead of creating another one.” 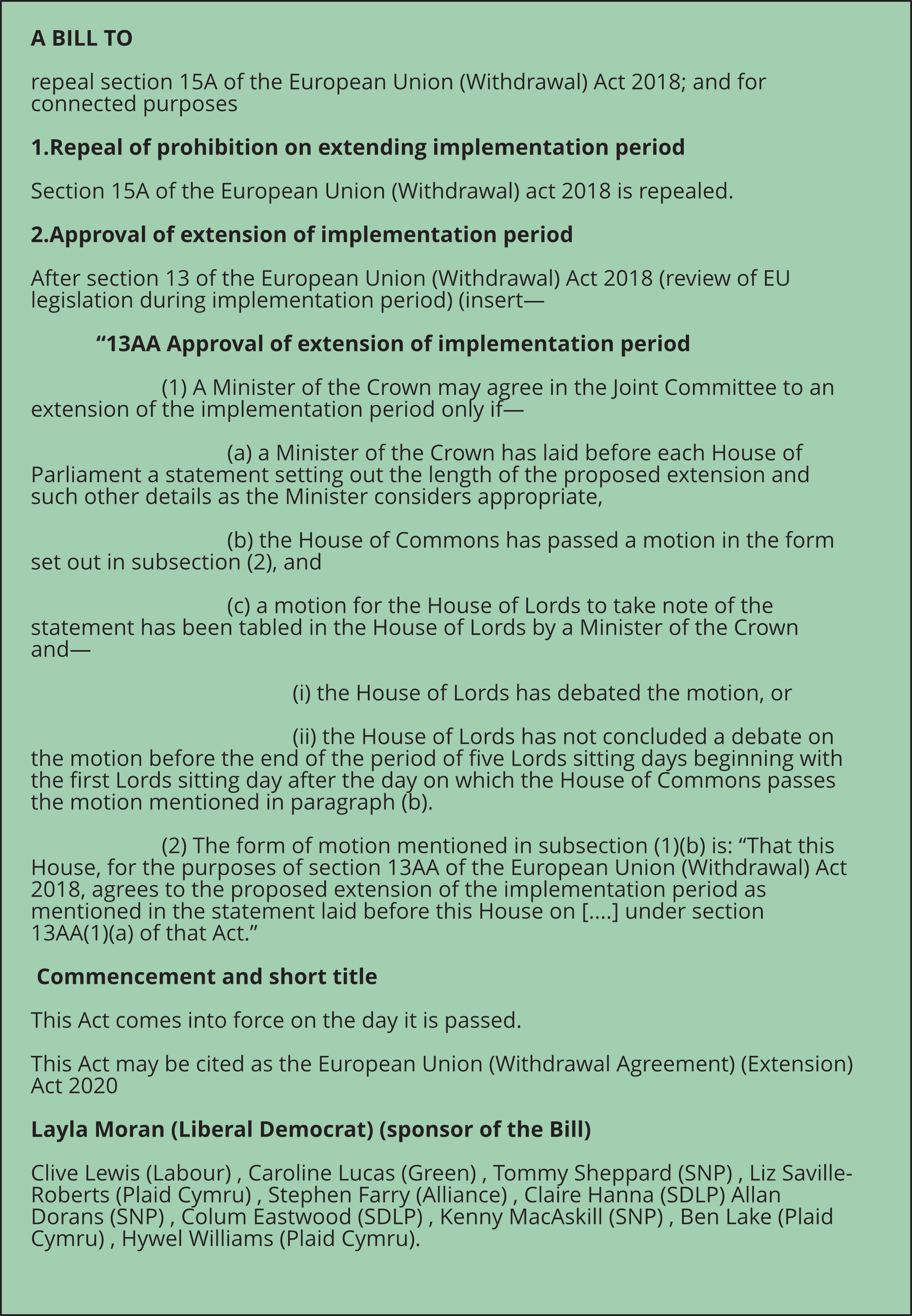