Lib Dem MP for Oxford West and Abingdon Layla Moran has secured the backing of 68 MPs from 6 political parties today, as they call for an immediate inquiry into the turning away of EU citizens from polling stations in last month’s European Election, as well as the many issues faced by UK voters living abroad.

The MPs have said “we find it deeply concerning that the Government appears to have taken no action to stop such serious disenfranchisement from occurring”, given that the Electoral Commission recommended reform following similar issues in 2014.

The letter is addressed to the Chair of the Electoral Commission and the Cabinet Secretary.

They have called for “a comprehensive and immediate inquiry to look into these issues and make recommendations to the Electoral Commission and to the Government.” The letter sets out recommended lines of enquiry, and says that “[h]ad the Government confirmed that we would be taking part in these elections sooner, rather than on the same day as the deadline for the return of the UC1 form, we could have largely avoided this situation.” 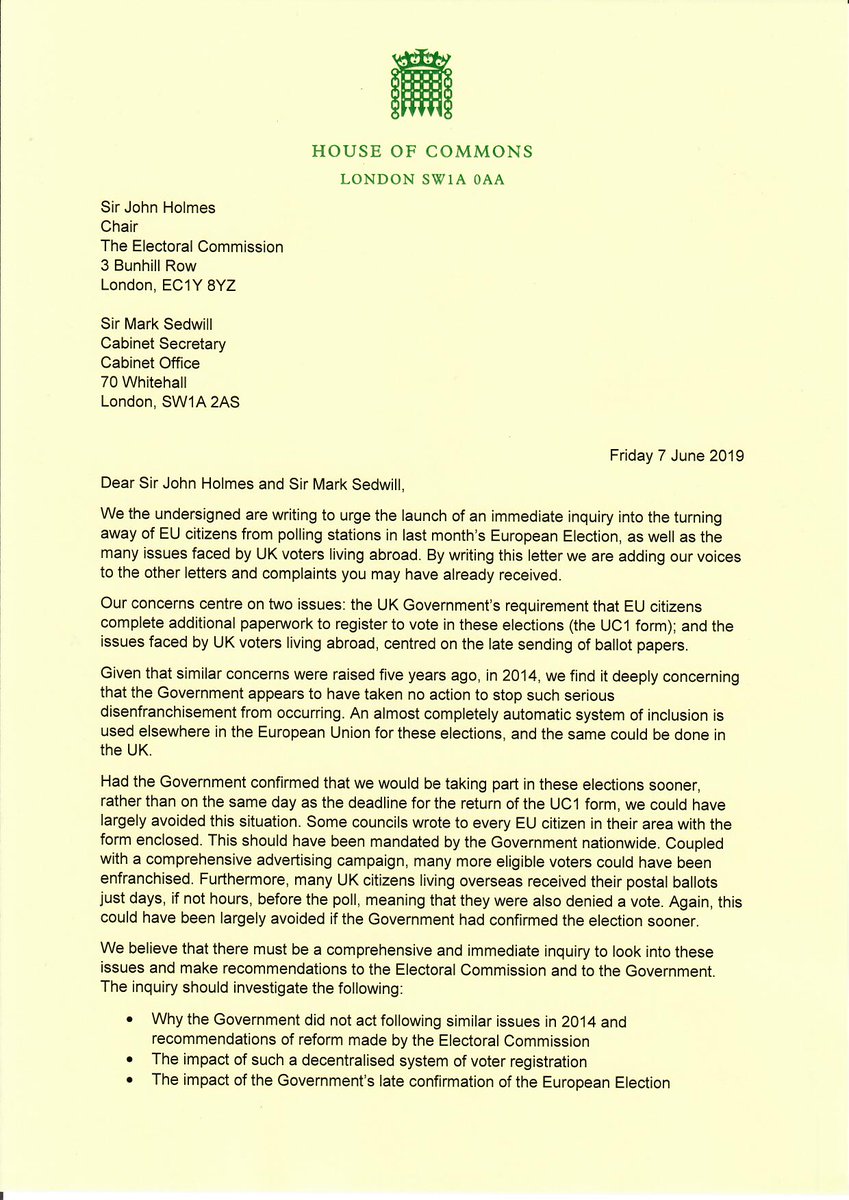 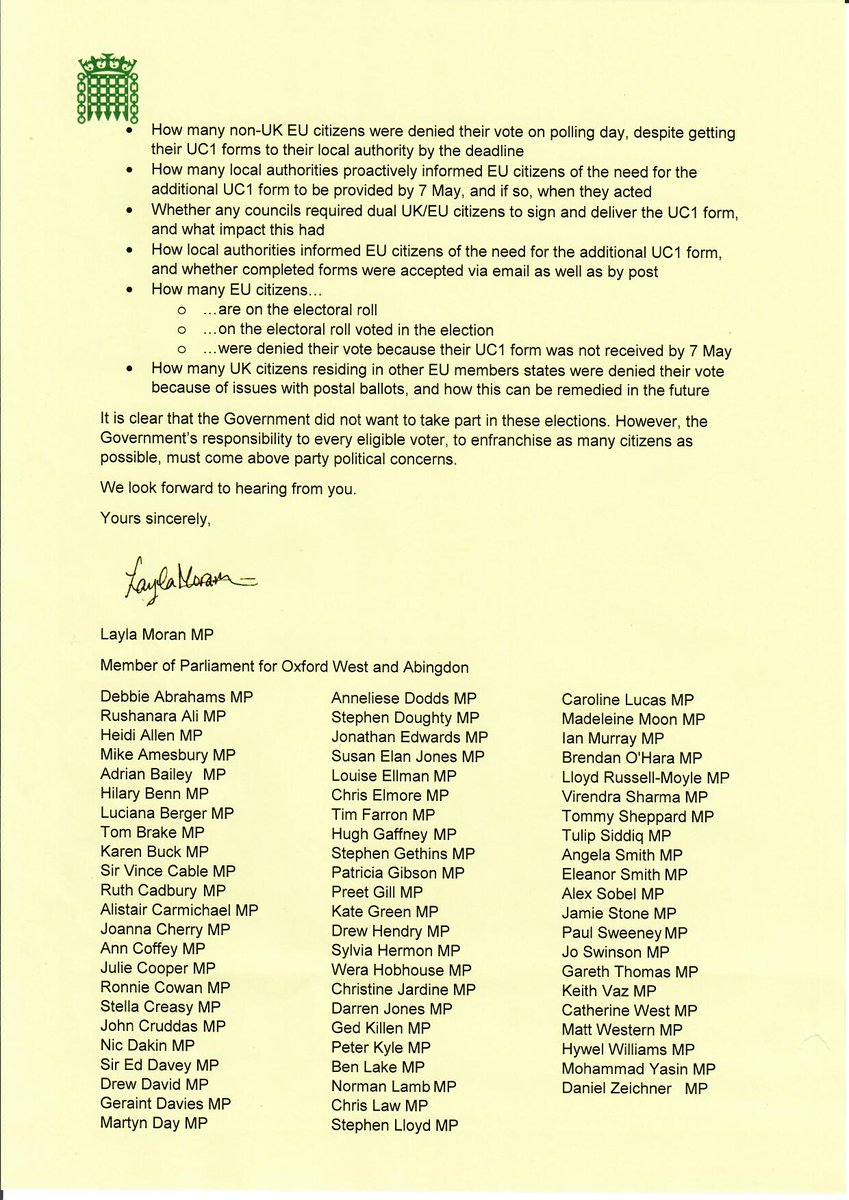 After sending the letter, Layla said:

“The Government clearly has absolutely zero interest in enfranchising EU citizens – their actions show that.

“I’m delighted that so many of my colleagues, from six different parties and independents, have signed this letter. We may disagree on many things, but we all want to stand up for our constituents, neighbours, family members and loved ones who were turned away.

“This problem could have easily been avoided, and I’m frankly ashamed that this has happened in our country in 2019.”