Layla Moran MP has written to Health Secretary Matt Hancock to express her “profound disappointment” at the coronavirus testing system after she heard from constituents who were offered tests as far away as Dundee and the Isle of Wight!

In her letter, Layla said residents in her Oxford West and Abingdon community were “rightly anxious and frustrated because they or their relatives cannot be tested (despite being symptomatic)”.

Layla called on the Government “to get the basics right” because “we need the public to trust the system” ahead of a potential second wave in the winter.

Layla Moran said:  “My postbag has been full recently of correspondence from constituents unable to get a test in our area. They’ve been offered drive-in tests in such far-flung locations as Dundee and the Isle of Wight. Residents who are showing Covid-19 symptoms are incredibly anxious and frustrated. The Government needs to get the basics right now.

“That’s why the Liberal Democrats have made it clear that a robust test and trace system has to be in place ahead of a potential second wave. We need the public to trust the system, or this could have serious consequences in the winter and beyond.” 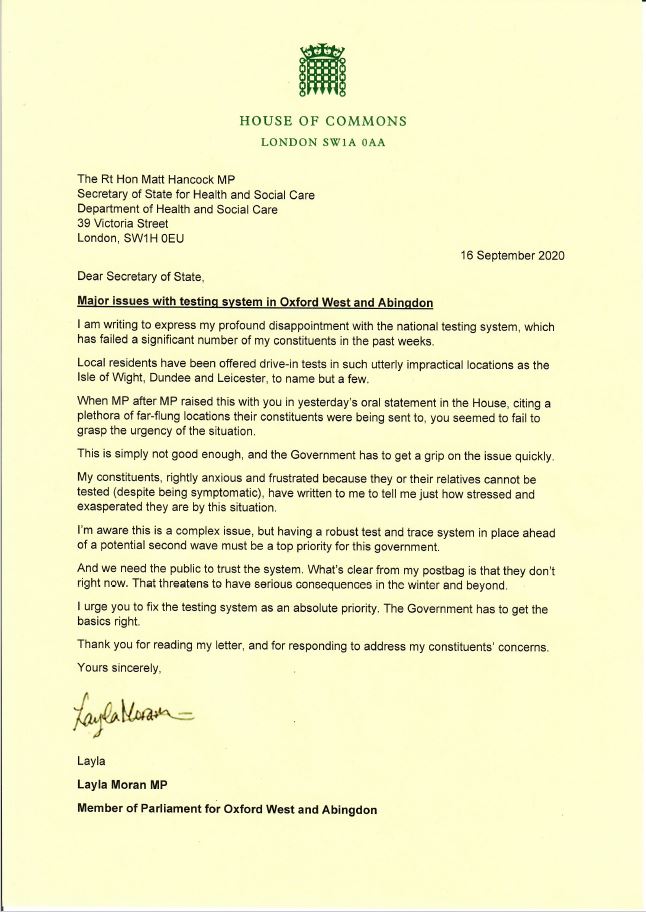