Layla Moran MP has written to Robert Jenrick, Secretary of State for Housing, Communities and Local Government urging him to provide support to volunteer groups who have been helping shielded and self-isolating people during lockdown.

Layla Moran has written to the government urging them to provide support to volunteer groups who have been helping shielded and self-isolating people during lockdown.

After Layla had taken the time to hear the concerns of these groups, she has raised the issues with Robert Jenrick, Secretary of State for Housing, Communities and Local Government.

The volunteers have helped in their communities in many ways including getting food and medicine to people who are shielding.

The volunteer leaders have explained some of the challenges of getting food and medicine to people who were self-isolating, and could not leave the house.

The community leaders were critical of government food packages given out to shielding people, saying it was not nutritious and was not always food the people receiving it knew how to prepare.

Speaking directly to the volunteers Layla said, “I want to offer a heartfelt, enormous thank you to all of these volunteers. What you are doing is extraordinary, and is unfortunately still needed.”

Commenting on the letter, Layla said: “These people are selfless and truly acting to help others, and support should be given to help people where the government has failed.

The government must act now to put support in place, so that everyone that can be helped is.” 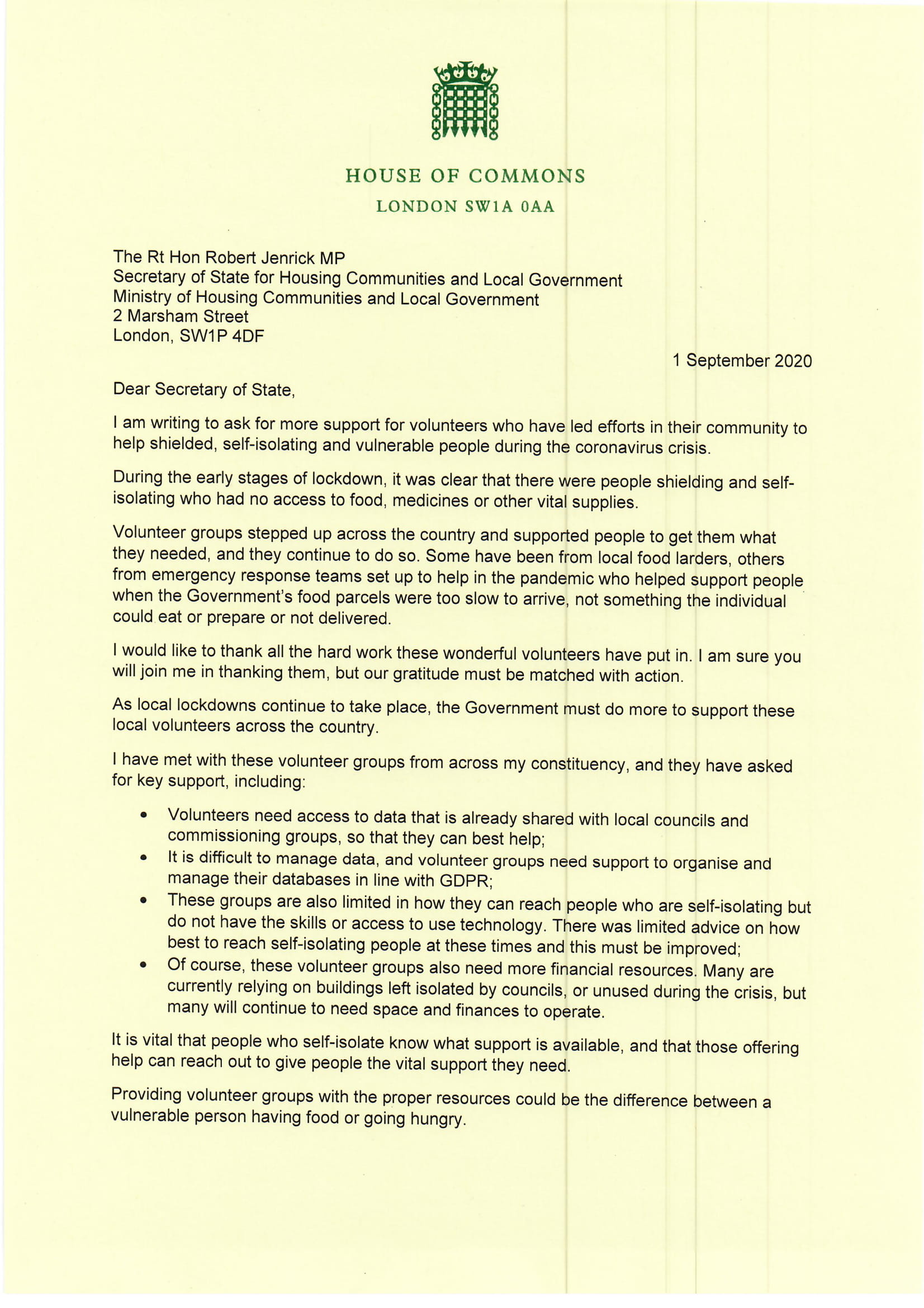