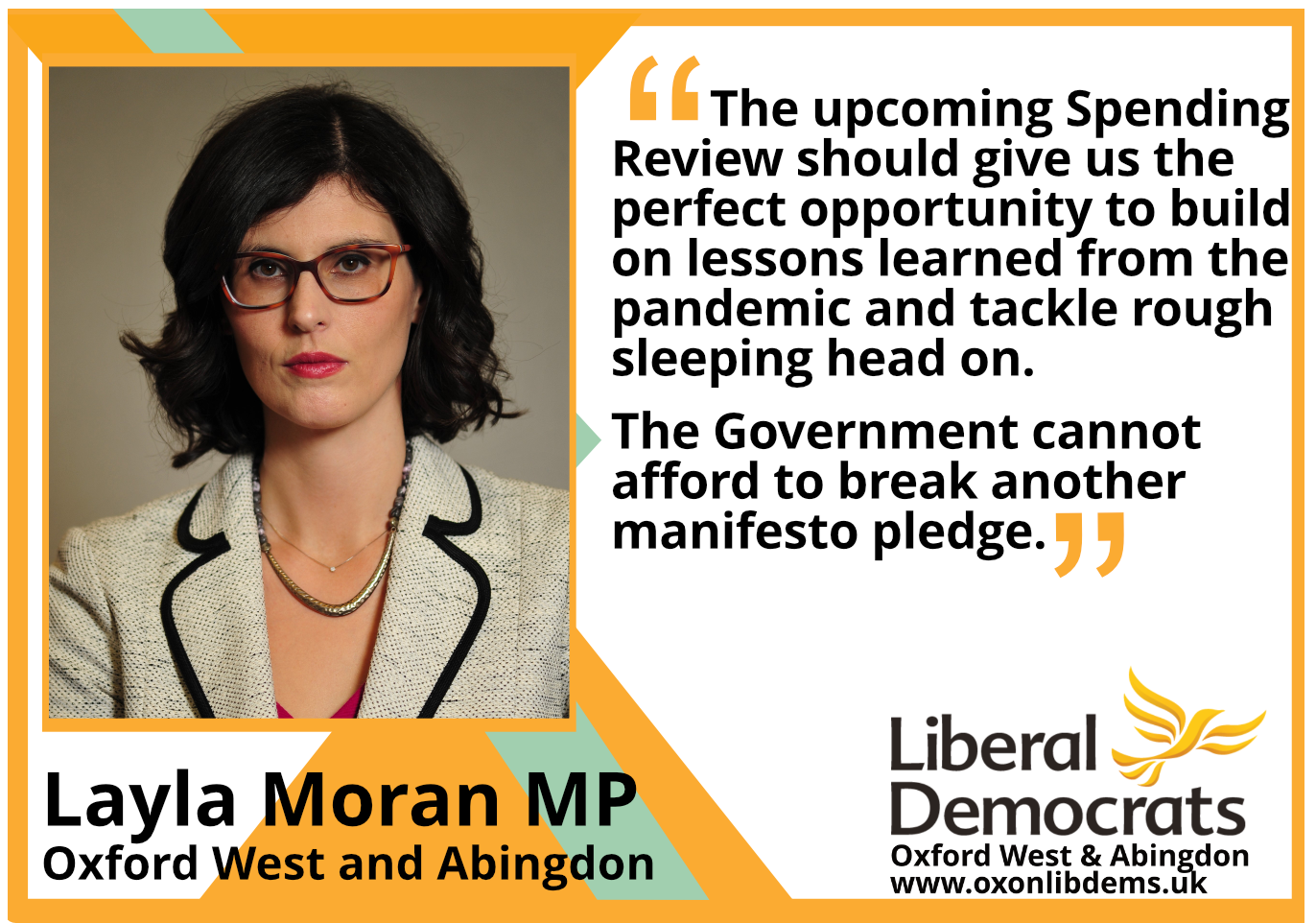 There have already been successful pilot schemes in England, and in her debate on rough sleeping in the Commons last week, Layla urged for the programme to be rolled out.

Layla also presses the Chancellor in her letter to support the repeal of the “archaic and cruel” Vagrancy Act, which criminalises rough sleeping in England and Wales, having said in her debate last week that “We will not solve the rough sleeping crisis without addressing that issue of trust” between rough sleepers and the authorities.

After sending the letter, Layla Moran said: “The upcoming Spending Review should give us the perfect opportunity to build on lessons learned from the pandemic and tackle rough sleeping head-on. The Government cannot afford to break another manifesto pledge. Housing First is undoubtedly an important part of the solution, and I’m calling on the Chancellor to commit to fully funding its rollout in England. It will save the country money in the long term - for every £1 invested in Housing First, the Government saves £1.24.

The very first step in all of this must be to scrap the archaic and cruel Vagrancy Act, and I hope the Chancellor supports its repeal. Once we’ve begun to restore trust by ending criminalisation, it’s important the root causes of rough sleeping are being tackled head-on. The Conservatives must implement Housing First, scrap the Act and begin treating rough sleepers as individuals.”