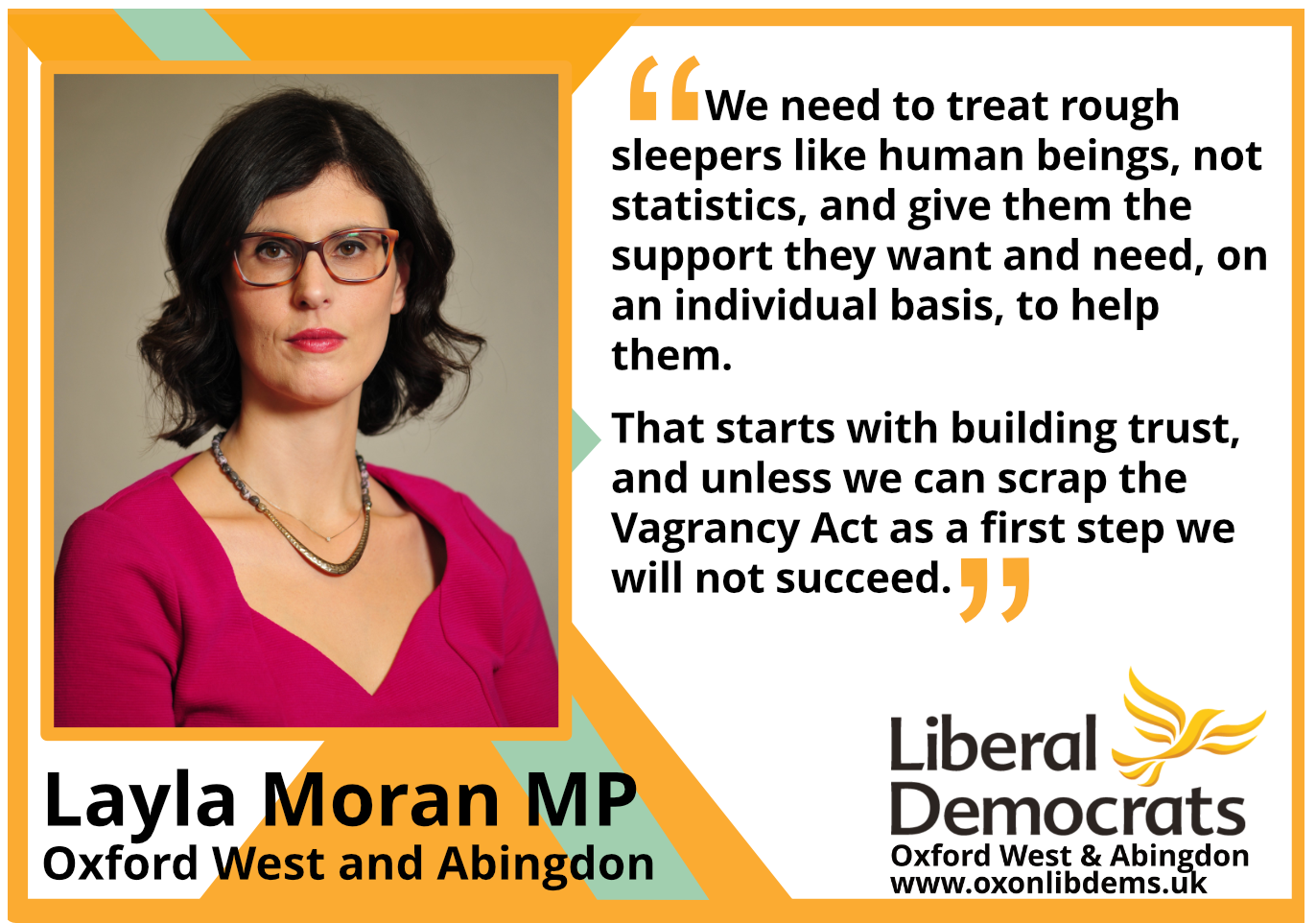 The Oxford MP also praised the work of Aspire and Oxfordshire Homeless Movement. Layla joined the charity Crisis in calling for the Government to roll out the Housing First programme across England, put in place long-term funding for local authorities for rough sleeping, invest in services including mental health support, and finally scrap the Vagrancy Act to build trust again.

The Minister agreed to meet Layla and the Mayday Trust in the coming weeks to discuss issues she raised.

Speaking after the debate, Layla said: "I’d like to thank everyone who took part in this debate. In 2021, the fact that there is even a single person sleeping rough in England is a travesty. We’re agreed across all parties that we need to end it, but without more action and a change in approach, the Government is going to break its manifesto commitment.

“We need to treat rough sleepers like human beings, not statistics, and give them the support they want and need, on an individual basis, to help them. That starts with building trust, and unless we can scrap the Vagrancy Act as a first step we will not succeed. I urge the Government to roll out Housing First across England and to give councils the certainty they need when it comes to funding. I won’t stop campaigning cross-party until we have eliminated rough sleeping, and the Vagrancy Act is finally consigned to the history books.”