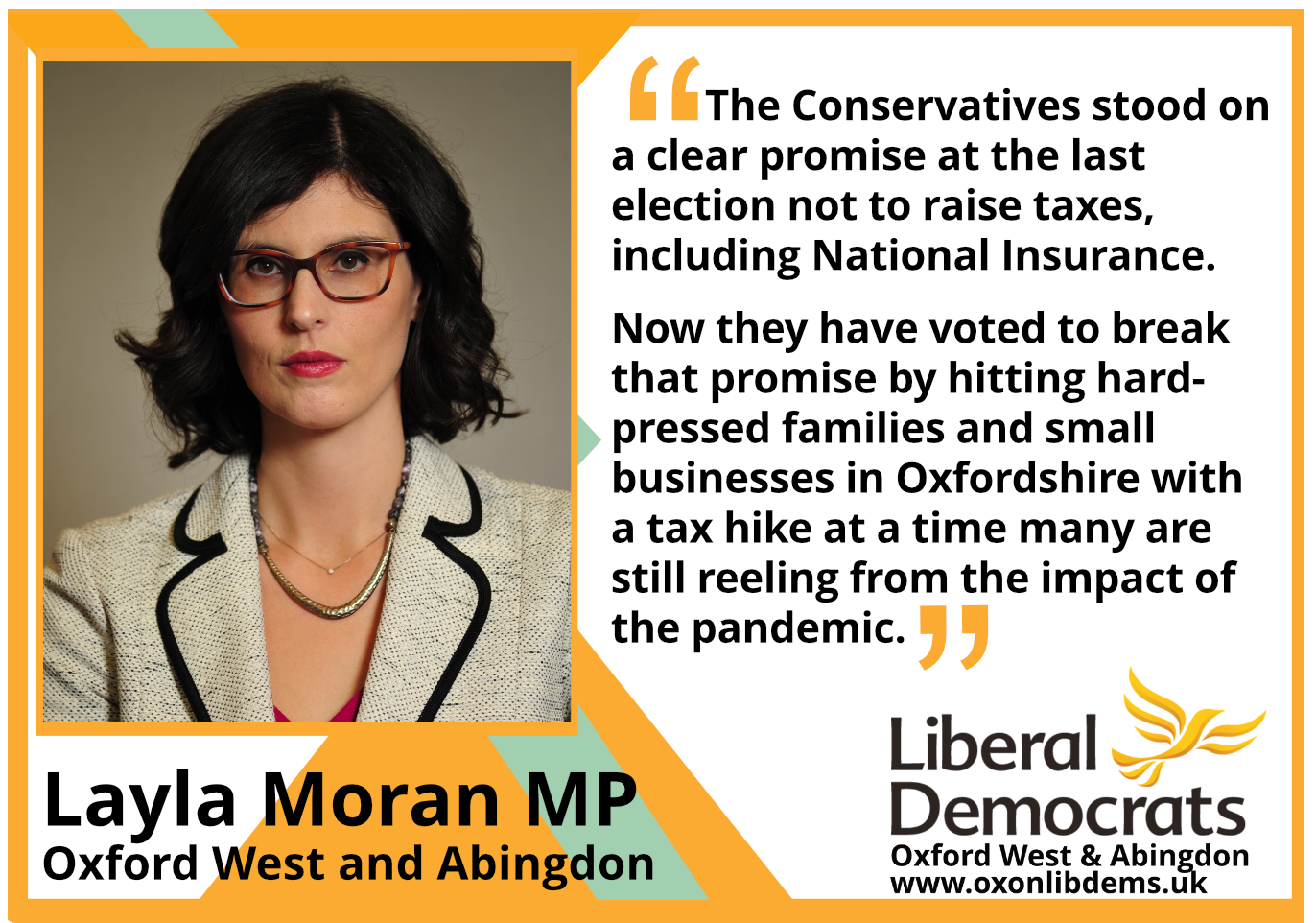 The Liberal Democrats are calling for a cross-party agreement on social care, to find a long-term solution to funding high-quality care for everyone who needs it in a fair and progressive way.

Layla Moran said: "The Conservatives stood on a clear promise at the last election not to raise taxes, including National Insurance. Now they have voted to break that promise by hitting hard-pressed families and small businesses in Oxfordshire with a tax hike at a time many are still reeling from the impact of the pandemic.

“Boris Johnson promised to fix social care when he became Prime Minister. He has dithered and delayed for almost two years and the plan he has brought forward comes no way near to solving this crisis.

“This proposal will do nothing to fill the 120,000 vacancies for social care workers, and nothing to give care staff the pay and recognition they deserve. It won’t fill the black hole in local authority funding, so people still won’t get the standard of care they need. It takes unpaid carers for granted yet again, and doesn’t address the rising numbers of disabled working-age adults who need care.

“Now that the Conservatives have finally published their proposals for social care, it’s time to start the cross-party talks they have been promising for years, so we can improve on them and agree on a proper long-term solution that ensures everyone gets the quality care they need.”