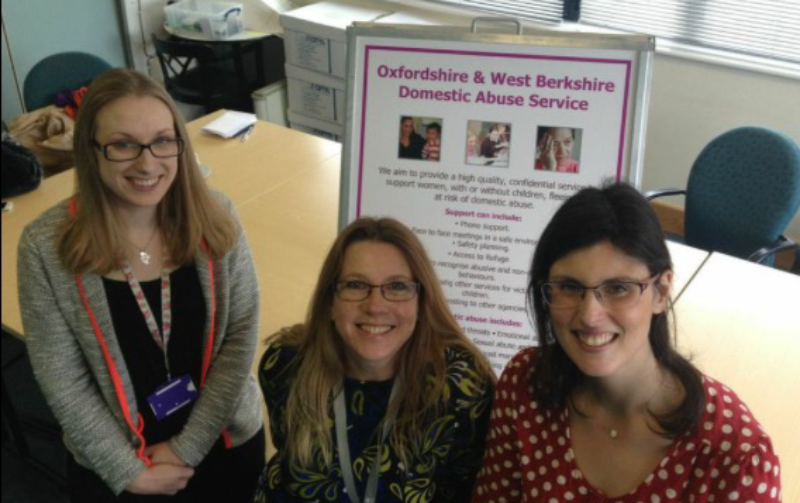 Layla has spoken out against Conservative plans to cut funding to vital local services such as those provided by the Oxfordshire & West Berkshire Domestic Abuse Service.

"The work being provided by the team here is invaluable to a lot of people. But it is being threatened by funding cuts and as a result their Helpline could disappear.

"I was shocked to hear that the Conservatives at the County Council refused to apply for extra Government money that was made available for key services such as this.

"The team highlighted the fact that mental health is an important component both to support victims and to deal with perpetrators.

"I am proud that the Liberal Democrats have made mental health a particular focus of our campaign and that we will spend £3.5bn more on mental health care in England over the next parliament."

Layla met with the team at the Oxfordshire & West Berkshire Domestic Abuse Service who range from volunteers to outreach workers and helpline supporters.

One in four women experience domestic abuse in their lifetime and the work done by the organisation in Oxfordshire is key to protecting vulnerable individuals in the region. Last year alone they received more than 4,200 telephone calls.

This hard-working team is providing advice and support not only to victims of domestic abuse but also works with other key services such as the police, education staff, medical staff and social services.