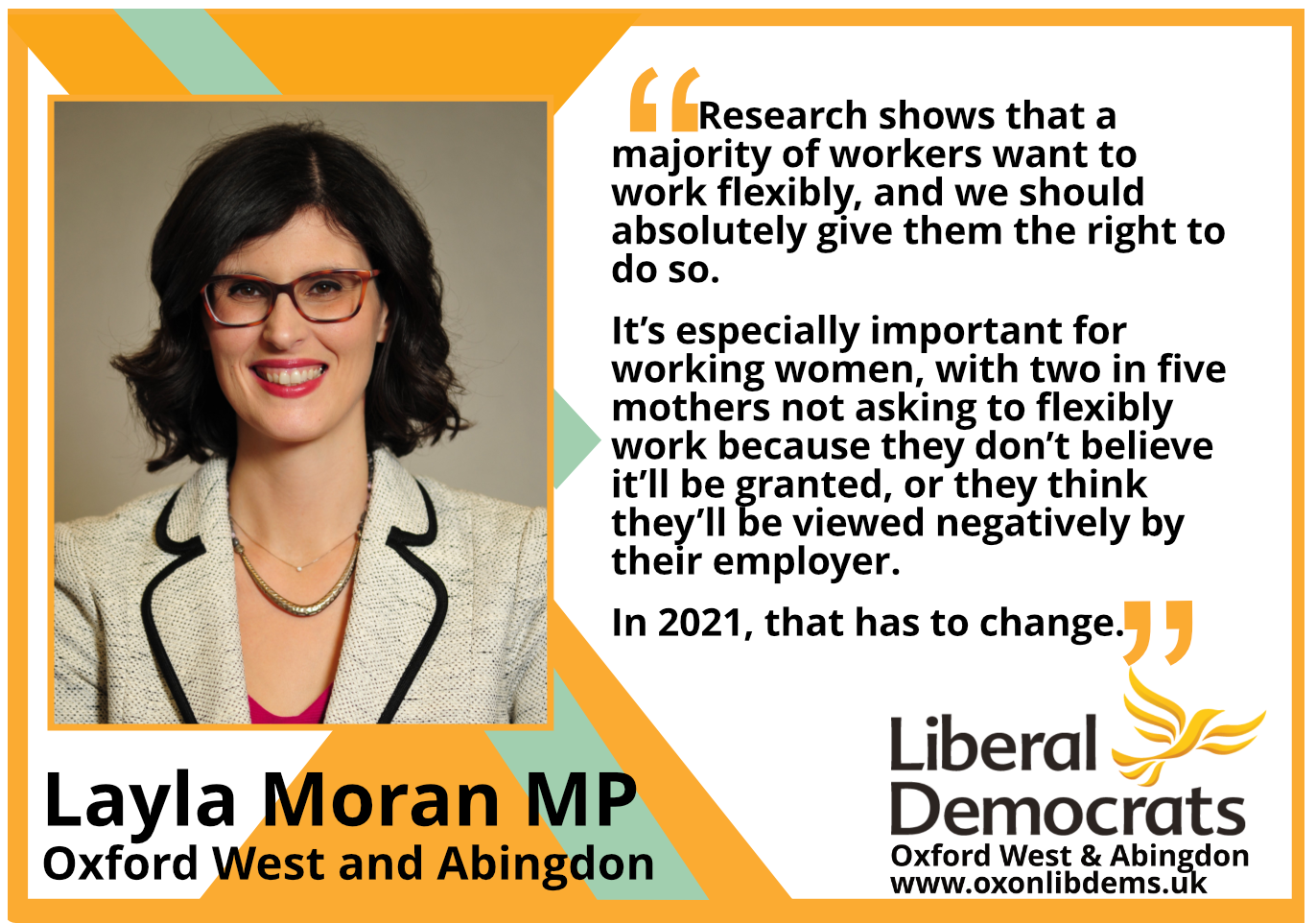 Layla Moran, Lib Dem MP for Oxford West and Abingdon, has co-sponsored a cross-party bill that would give workers the right to work flexibly. The Flexible Working Bill was introduced to the Commons by Tulip Siddiq MP as a private members’ bill.

Layla said she was “proud” to support the Bill, adding that “we emerge from the pandemic, we must give people the right to work flexibly as part of any effort to build back better.”

If the Bill became law, it would give all workers a right to flexible working from the first day in a job and ensure that employers advertise how new jobs can be done flexibly. The Flexible Working Bill would empower workers to get their jobs to work for them and make a big difference to the lives of working parents in particular. It would also boost productivity, women’s employment, and the economy.

A recent report by the TUC found that four in five workers want to work flexibly, whether that’s part-time, flexi-time, remotely, in a job share, or by other means. However, employees have only limited rights to request flexible working resulting in three in ten such requests being turned down, with people in working-class occupations far less likely to have the option of working flexibly. EHRC research shows two in five mothers don’t request the flexible work they want because they believe it would be turned down or viewed negatively by their employer.

Speaking after the Bill was introduced, Layla Moran said: “I’m proud to be sponsoring the Flexible Working Bill today. As we emerge from the pandemic, we must give people the right to work flexibly as part of any effort to build back better.

“Research shows that a majority of workers want to work flexibly, and we should absolutely give them the right to do so. It’s especially important for working women, with two in five mothers not asking to flexibly work because they don’t believe it’ll be granted, or they think they’ll be viewed negatively by their employer. In 2021, that has to change.

“Flexible working is still out of reach for many. It shouldn’t disproportionately benefit those on higher incomes. This Bill would give all people the right to work flexibly, and I urge the Government to back it.”