Layla Moran has written to Boris Johnson urging him to suspend the controversial Loan Charge before the end of August. The Lib Dem MP for Oxford West and Abingdon also called for an independent inquiry to be launched, calling it “a desperately unfair situation”.

Layla’s letter comes as MPs from across the political spectrum have been voicing their concerns and asking for a halt to the scheme. 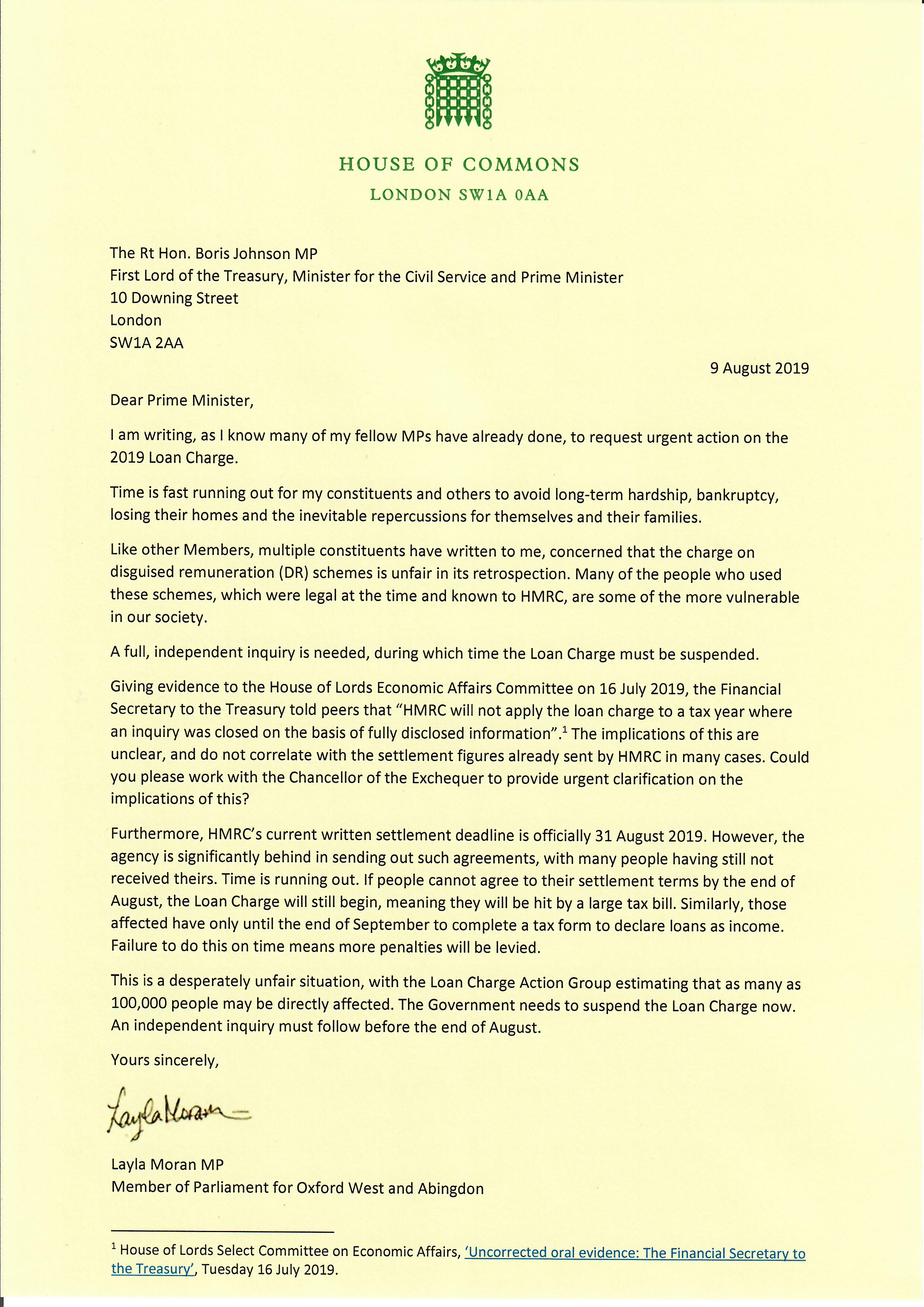 In the letter, Layla wrote: “Time is fast running out for my constituents and others to avoid long-term hardship, bankruptcy, losing their homes and the inevitable repercussions for themselves and their families.”

The MP also highlighted that many people have still not received their settlement contracts from HMRC, despite the fact that they need to be agreed before the end of August, meaning that the Loan Charge could begin for those who were waiting to hear from the Government in the first place.

“The PM needs to press the pause button on what is a desperately unfair situation.

“A full, independent inquiry is needed to get to the bottom of this. The Loan Charge is unfair in its retrospection, and I’ve heard from constituents who are worried for their livelihoods, and those of their families, if this goes ahead.

“The fact that HMRC could charge those who haven’t yet received their settlement agreements is very worrying. The situation is out of control.

“It’s time for the Government to take action.”