Oxfordshire Liberal Democrats are delighted to announce that Layla Moran has been elected as the MP for Oxford West & Abingdon in the 2017 General Election. 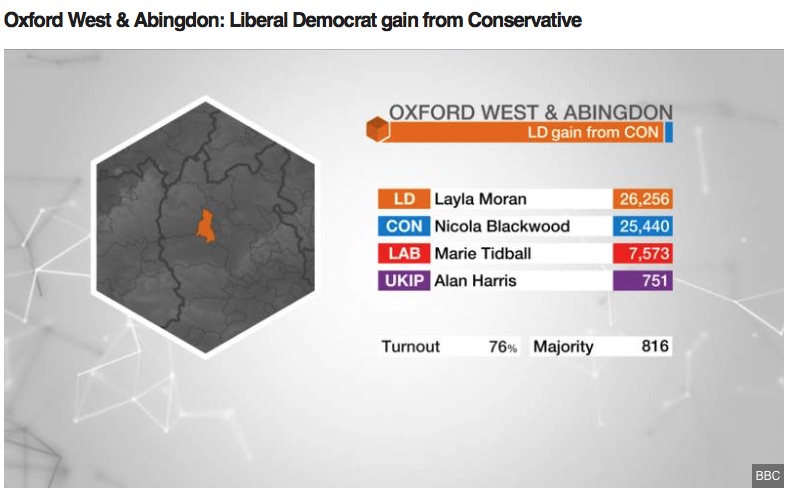 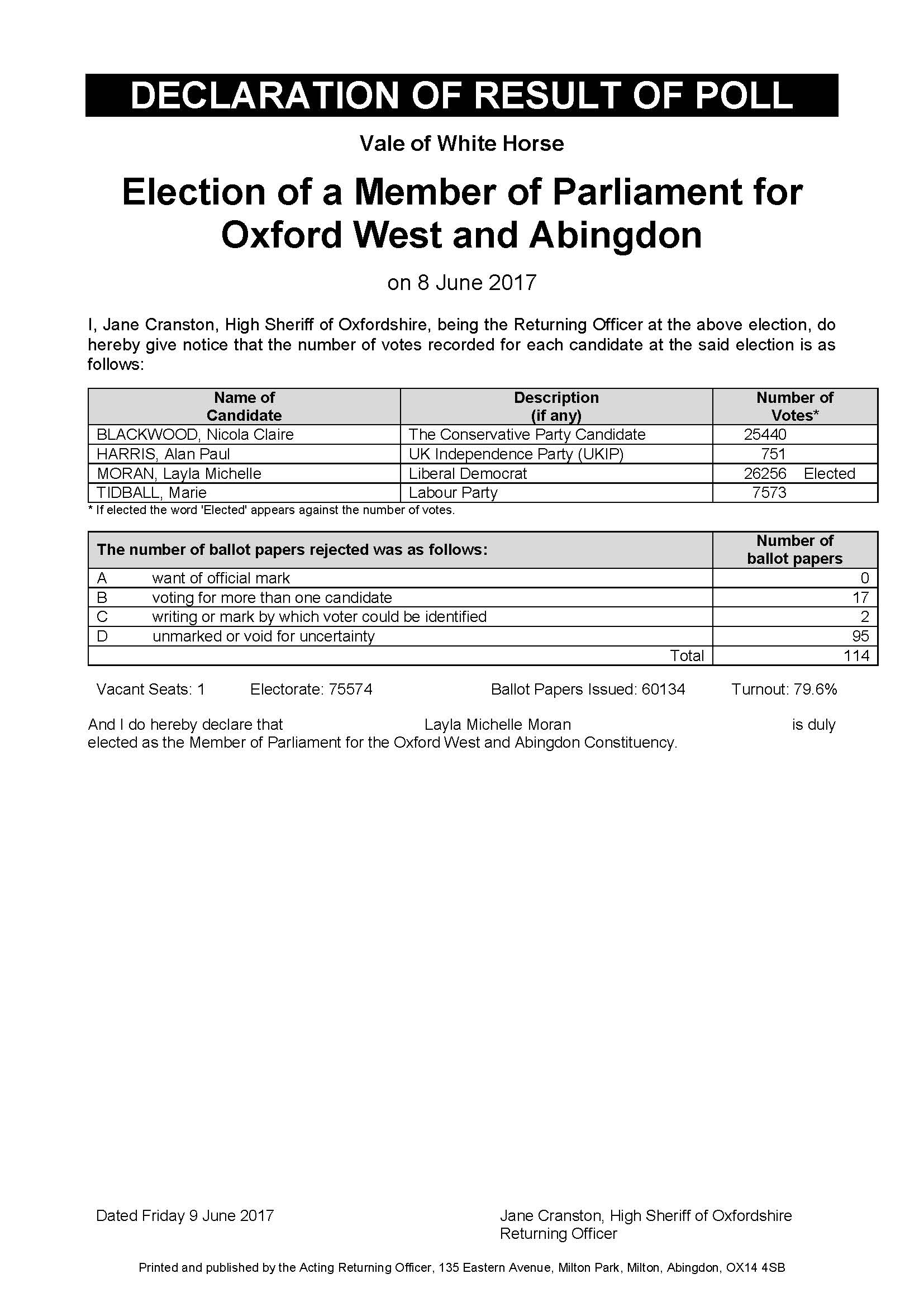