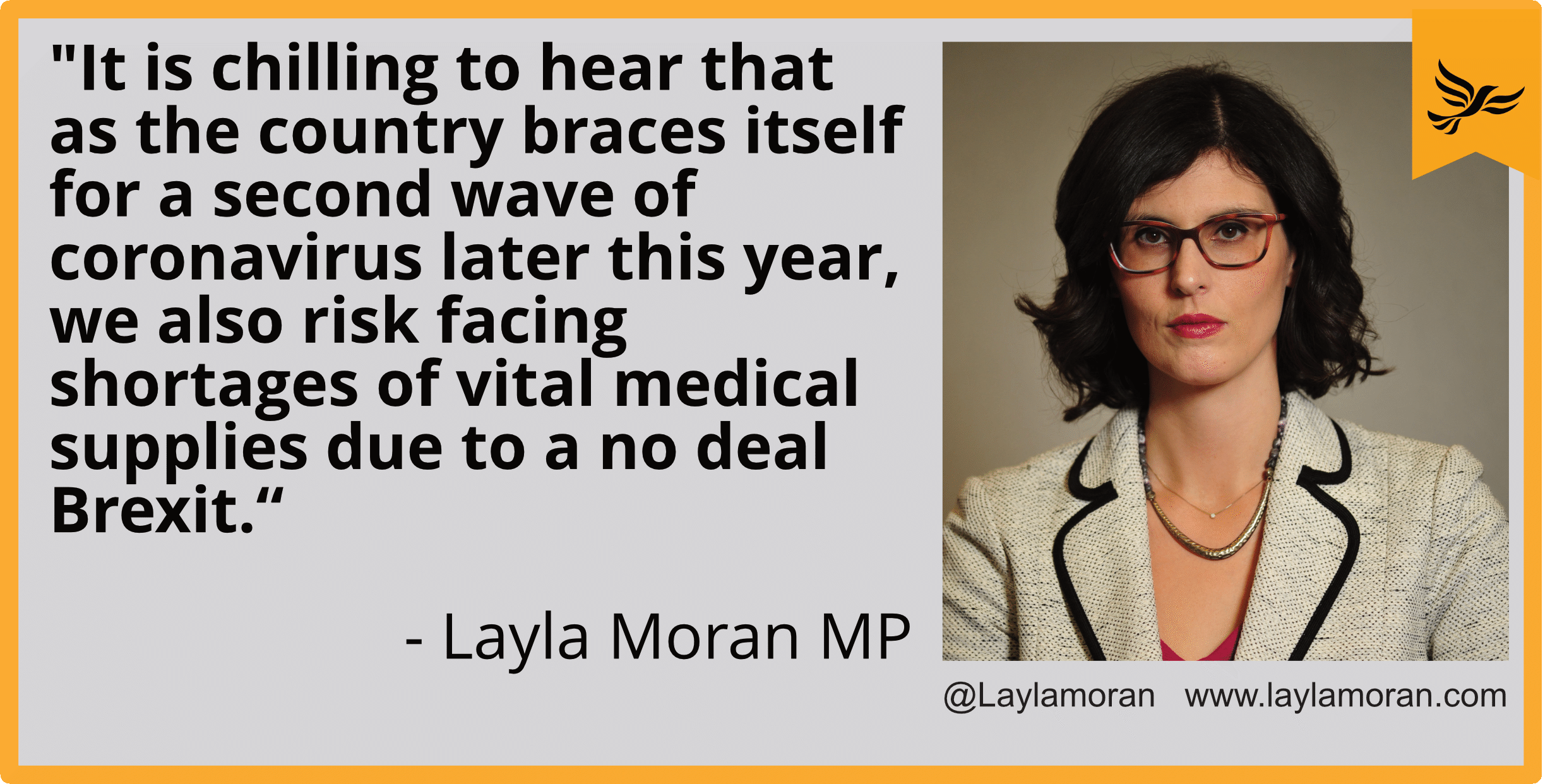 Layla Moran has responded to reports that ministers have written a letter to medical suppliers urging them to start stockpiling drugs to prepare for the disruption caused by a no-deal Brexit.

Layla Moran said  "It is chilling to hear that as the country braces itself for a second wave of coronavirus later this year, we also risk facing shortages of vital medical supplies due to a no-deal Brexit.

"The government must not put its Brexit ideology ahead of people's lives.

"Ministers should publish this letter and carry out an urgent impact assessment of how No Deal would affect the country's ability to cope with a second wave. The public and businesses cannot be kept in the dark any longer.

"The Liberal Democrats will not give up the fight to stop a no-deal Brexit so we can focus on tackling coronavirus and rebuilding the economy."