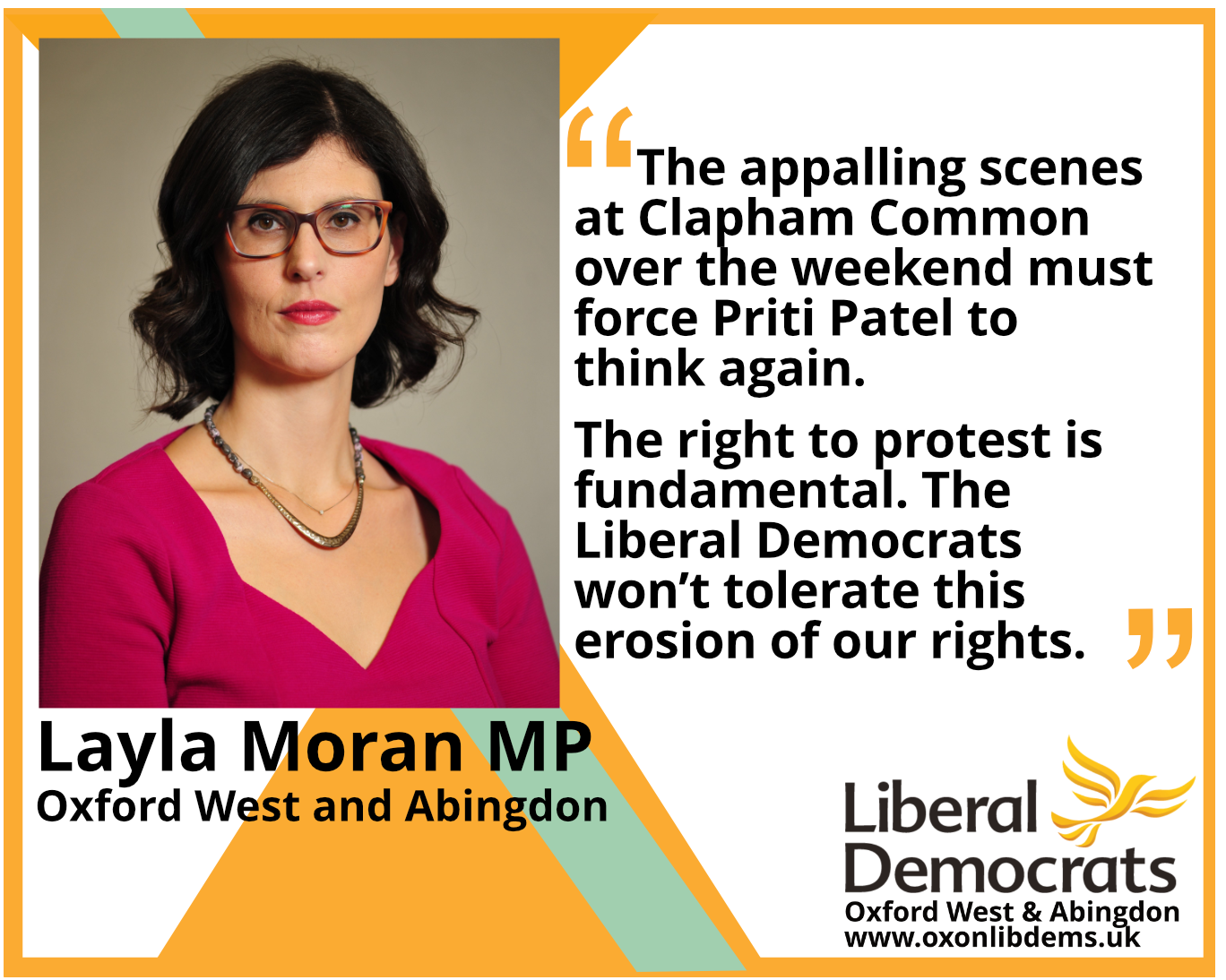 Layla Moran, MP for Oxford West and Abingdon, and the Lib Dems voted against the “draconian” Police, Crime, Sentencing and Courts Bill at its second reading in the House of Commons on 16th March.

Layla said plans to restrict the right to protest “undermine our most fundamental democratic rights” and come “just days after the Metropolitan Police got it badly wrong in Clapham, where a peaceful vigil highlighting violence against women ended in appalling scenes of women being manhandled.”

Layla added she voted against the Bill tonight “to send a clear message that the Liberal Democrats will fiercely resist any attempt to silence people from exercising their rights and voicing their opposition to the Government’s policies”.

The Liberal Democrats have written to Home Secretary Priti Patel asking for the Bill to be separated into the parts widely supported, and those that have received widespread opposition.

Layla Moran said: “The Liberal Democrats voted against this draconian Bill that seeks to undermine our most fundamental democratic rights. It comes just days after the Metropolitan Police got it badly wrong in Clapham, where a peaceful vigil highlighting violence against women ended in appalling scenes of women being manhandled.

“How can this possibly be the Conservatives’ response? While we fully support some measures in the Bill, including the Police Covenant, we cannot vote for something that reduces our civil liberties, contravenes the Human Rights Act, fails to address racial discrimination in the criminal justice system and doesn’t include anything specific to tackle male violence against women and girls.

“The appalling scenes at Clapham Common over the weekend must force Priti Patel to think again. The right to protest is fundamental. The Liberal Democrats won’t tolerate this erosion of our rights.”