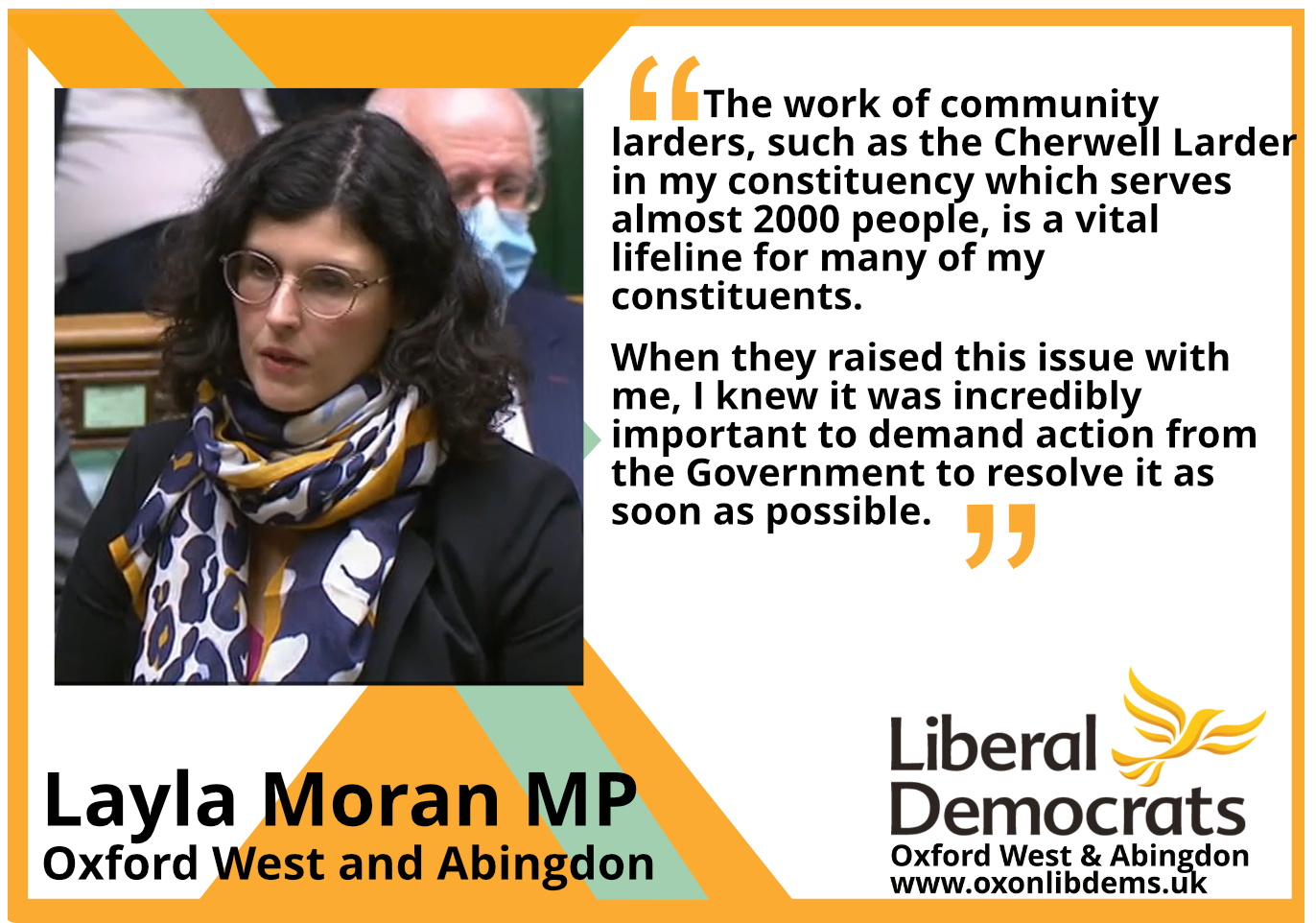 Layla Moran has called on the Prime Minister to take action to address food shortages caused by the supply chain crisis that is affecting community larders in Layla’s constituency and across the country.  Layla asked the Prime Minister, during Prime Ministers Questions on 24th November, what action he will be taking to ensure that surplus food will not be wasted, but instead be donated to organisations like The Cherwell Larder, based in Kidlington.

Layla also echoed FareShare’s call for new funding to allow them to work to save surplus food from suppliers and redistribute it to those who desperately need it. Fareshare recently revealed that supply chain issues have led to them being 30% down on their usual stock levels.

Speaking after PMQs, Layla Moran MP said: “The work of community larders, such as the Cherwell Larder in my constituency which serves almost 2000 people, is a vital lifeline for many of my constituents. When they raised this issue with me, I knew it was incredibly important to demand action from the Government to resolve it as soon as possible.

“The supply chain issues, which have been exacerbated significantly by the Government’s botched Brexit, need urgent Government action. We need a real, long-term solution, rather than the failed sticking-plasters that have been put forward so far. The Prime Minister needs to ensure that the Government will take action to stop surplus food being wasted, from businesses and suppliers, and that this food will instead make its way to those who need it.”