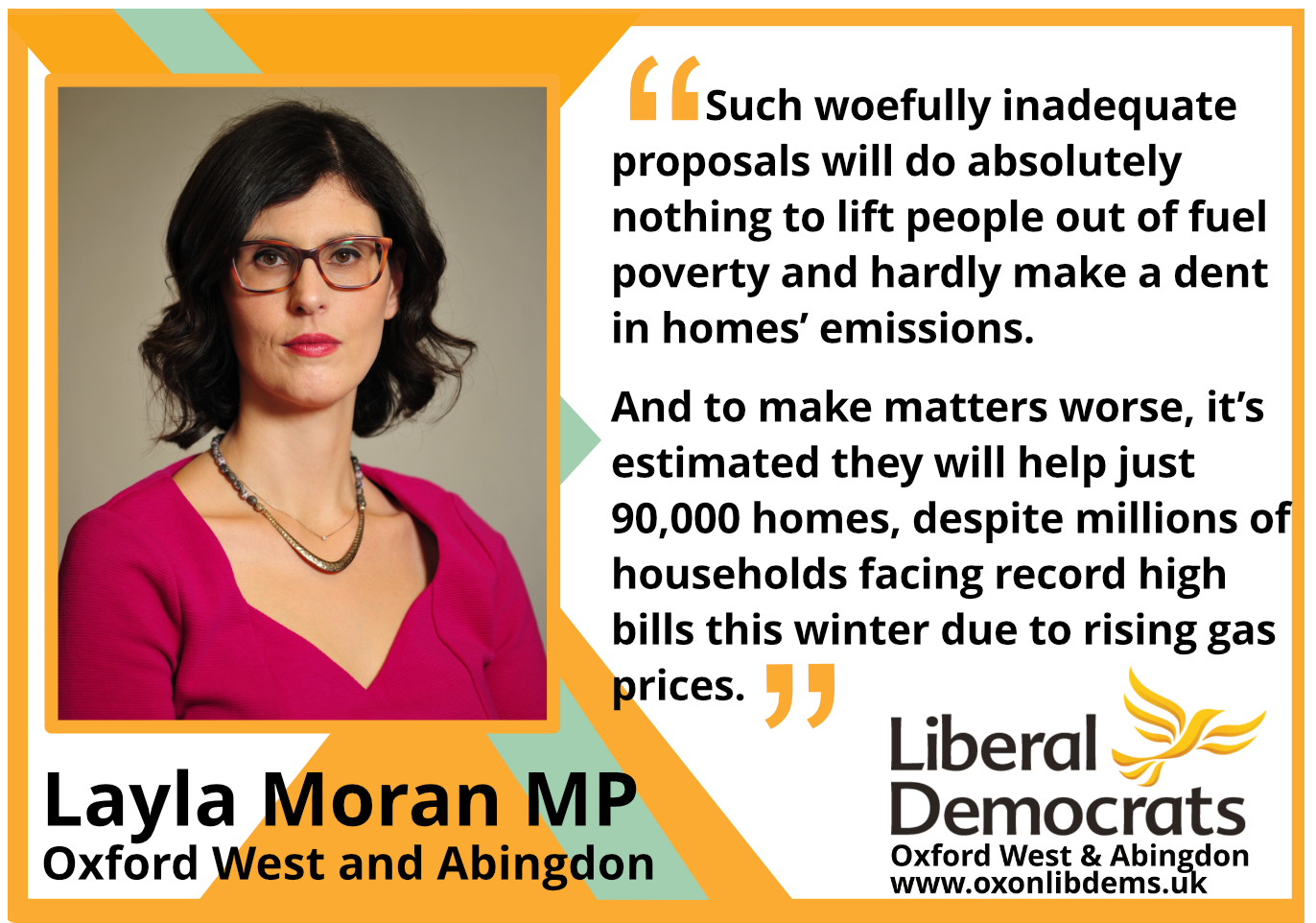 Layla Moran MP has described the Government’s Heat and Building Strategy, announced today, as “woefully inadequate” and “punishing the poorest and families across the country facing soaring energy bills this winter.”

In Autumn 2020, the Conservatives launched their Green Homes Grant, pledging to upgrade 600,000 homes. However, it was badly mismanaged and scrapped six months later having upgraded just 30,000 homes.

In May, Layla told the Business Secretary in the House of Commons that “we urgently need a long-term strategy to help homeowners cut emissions and bills”. The MP said that today’s plans “will hardly make a dent” in homes’ emissions, adding that she was “incredibly disappointed, but not at all surprised” by today’s announcement.

The Liberal Democrats are calling for an emergency ten-year programme to retrofit our homes, cut emissions and end fuel poverty, all while creating thousands of new green jobs.

Layla Moran MP said: "These plans are punishing the poorest and families across the country facing soaring energy bills this winter. And they do nothing to support local authorities in helping to deliver on the goals.

“Such woefully inadequate proposals will do absolutely nothing to lift people out of fuel poverty and hardly make a dent in homes’ emissions. And to make matters worse, it’s estimated they will help just 90,000 homes, despite millions of households facing record-high bills this winter due to rising gas prices. We urgently need an emergency programme of investment to better insulate our homes, cut emissions and end fuel poverty. Time for the Government to get on with the job by planning for what’s needed, before it’s too late.”