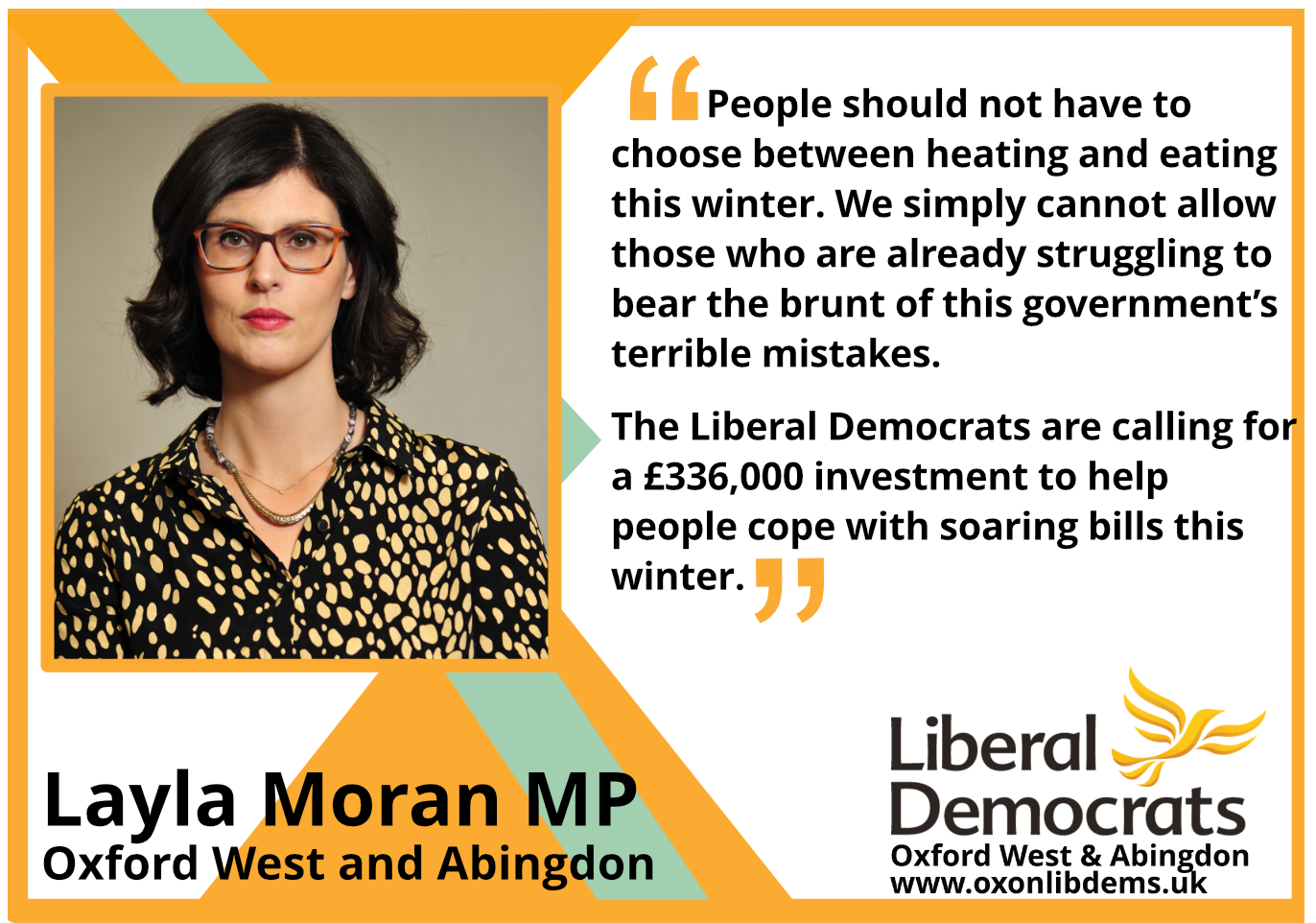 Layla Moran, Lib Dem MP for Oxford West and Abingdon, has called on the Government to double the Warm Home Discount for existing recipients and make it available to 189 extra pensioners across her constituency. The measure would prevent pensioners from being forced to “choose between eating and heating this winter”, she added.

The call comes amid fears that local residents, particularly 1200 pensioners on low incomes, could be at risk from the energy crisis this winter.

The Warm Home Discount, funded by energy firms, is due to give people £140 off their electricity bill this winter. It is available to those who receive the ‘Guarantee Credit’ element of pension credit as well as some people on low incomes, with around two million receiving it each year across the UK.

The Liberal Democrats are calling on the Government to take on the cost of the Warm Home Discount and immediately double its value to £280, helping pensioners cope with soaring bills this winter.

Currently, £141,540 is spent on the Warm Home Discount in Oxford West and Abingdon. Under Liberal Democrat plans, this funding would rise to £336,000.

Layla Moran MP said: “The Conservatives are pushing the most vulnerable pensioners and families into a cost of living crisis. We are seeing a double whammy of rising bills and the slashing of vital support. People should not have to choose between heating and eating this winter. We simply cannot allow those who are already struggling to bear the brunt of this government’s terrible mistakes.

“The Liberal Democrats are calling for a £336,000 investment to help people cope with soaring bills this winter