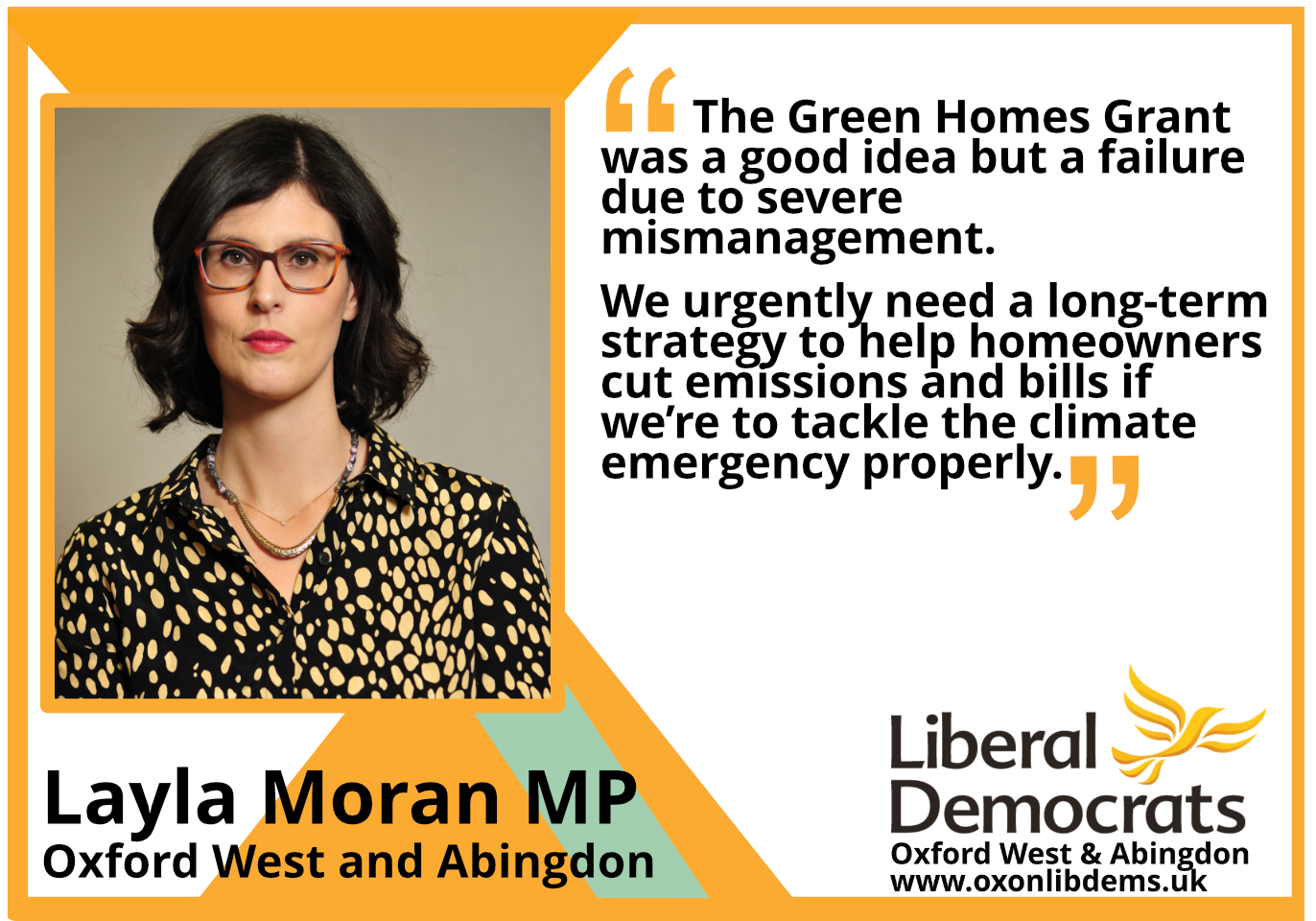 Layla Moran has slammed the Government for “bureaucratic hurdles” and “unrealistic deadlines” that have been attached to green homes upgrades funding, and has urged the Government to “ensure that councils have the support needed”.

It comes after the Green Homes Grant scheme was scrapped in March due to what Layla described as “severe mismanagement”. Earlier this month, Inside Housing reported that councils were struggling to meet the deadlines imposed by the scheme and that there were ‘misunderstandings’ in Government about how it should operate.

Asking her question to the Business Secretary in the Commons chamber yesterday lunchtime, Layla said: “We urgently need a long-term strategy to help homeowners cut emissions and bills if we’re to tackle the climate emergency properly.” Local authorities have been awarded £300million to deliver green home upgrades, with the Green Homes Grant scheme scrapped.

Speaking after her question in the chamber, Layla said: “The Green Homes Grant was a good idea but a failure due to severe mismanagement. We urgently need a long-term strategy to help homeowners cut emissions and bills if we’re to tackle the climate emergency properly. The £300 million fund is better than nothing, but you can’t just fix a problem by throwing money at it. Lessons need to be learned from the Green Homes Grant debacle, and we need to make sure the funding can actually be used at pace by our local authorities.

“That’s why the Government needs to provide proper guidance and support for councils to use the money they’ve been given and cut carbon emissions from UK homes. Otherwise, they’re failing to take the climate emergency seriously.”