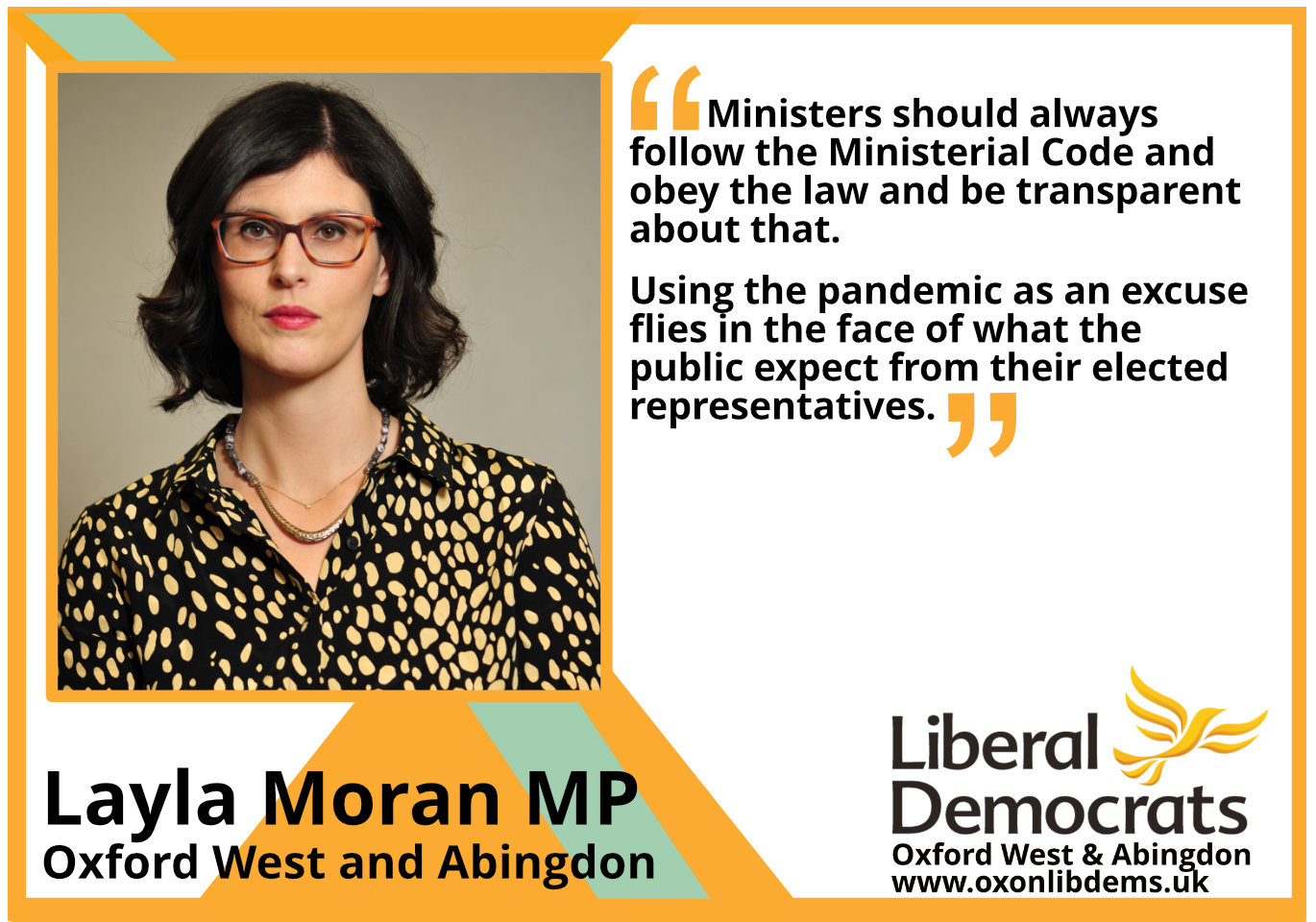 Layla Moran made it clear to Cabinet Office Minister Michael Gove that “even if a minister does have a difficult job, they should follow both the Ministerial Code and obey the law”, during Cabinet Office questions in the Commons chamber yesterday morning. It comes after Home Secretary Priti Patel told the Andrew Marr show last weekend that “I think at this stage this isn’t about breaking codes and things of that nature, we’re all just getting on in Government doing very difficult jobs actually."

Layla’s question came after she asked Gove to publish the conclusions of recent independent investigations into potential breaches of the Ministerial Code. Priti Patel was recently found to have breached the code in relation to bullying allegations against civil servants, and the Prime Minister is under investigation over controversies surrounding the refurbishment of his Downing Street flat.

Layla said: “It’s clear from Michael Gove’s answers that the Government is doing nothing to address the urgency or seriousness of the situation. Given the Ministerial Code gives ministers an ‘overarching duty’ to comply with the law, it shouldn’t matter that they’re doing difficult jobs. We expect the Government to follow the highest standards in public life, and it was incredibly disappointing for Michael Gove to refuse to engage in any meaningful way with my questions.

“Ministers should always follow the Ministerial Code and obey the law and be transparent about that. Using the pandemic as an excuse flies in the face of what the public expect from their elected representatives.”