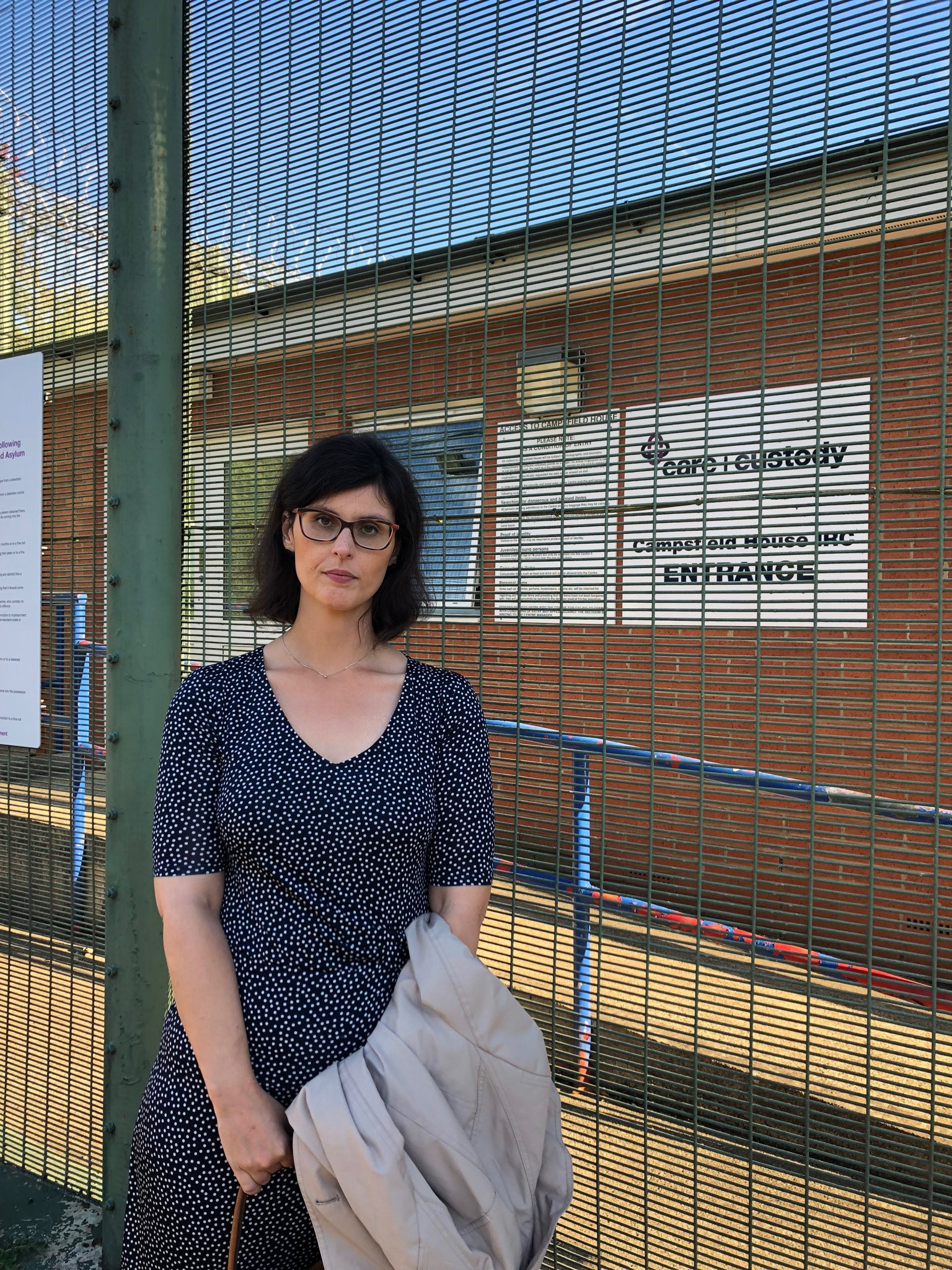 Lib Dem MP for West Oxford, Abingdon and Kidlington Layla Moran had to seek the approval of the Government’s Immigration Minister Caroline Nokes before she was allowed to visit Campsfield House.

During the visit Ms Moran met the Centre Manager Derek Ross from Mitie care and custody who manage the centre on behalf of the Government, along with Home Office representatives and workers looking after the detainees.

The MP visited as the Liberal Democrats nationally adopted a new party policy on immigration which slams the use of “inhumane immigration detention centres” and demands a 28-day limit on detention so that people aren’t locked-up indefinitely in centres like Campsfield.

A recent inspection into conditions and practices at Campsfield House immigration detention centre in Kidlington raised concerns about the length of time people are being detained, and the high proportion of detainees taken into detention and subsequently released.

The Lib Dems propose that closing all but two of the immigration detention centres (those nearest to Gatwick and Heathrow Airports) in the UK would save tens of millions of pounds which would be better spent on intelligence-led and targeted approaches to stopping illegal immigration at the border.

Speaking after her visit, Layla said:

“It is clear from my visit that the facilities and treatment of those detained at Campsfield is good quality and all credit to the staff who do a great job in difficult circumstances. However, they are working in a broken system that needs to be changed.

“It is shameful that people fleeing war, persecution and torture are being kept locked up in Campsfield and other detention centres for an indefinite length of time with no idea about when they will be released. That’s why we are calling for a massive reduction in immigration detention, using it only as a last resort and giving people an assurance that they won’t be detained for more than 28 days.

“I welcome the extra caseworkers that the Home Office will be providing to detainees to process their paperwork, promised for Campsfield in coming months. But it is clear that the wider system is broken. We should not be locking up this many people at all. That is why the Lib Dems are backing an ambitious plan to close 8 out of 10 immigration centres, which would all but guarantee the long-overdue closure of Campsfield.”

Liberal Democrats recently adopted a new party policy on immigration, including:
“A new policy of ‘detention as last resort’ for irregular migrants, with more community detention and the closure of 8 immigration detention centres, to treat people more humanely and save an estimated £100 million a year.”

“Deportation is never easy and is normally very costly. The UK has opted for a particularly expensive and draconian model with its detention centres, where people who are subject to immigration control may be held while they wait for permission to enter or before they are deported or removed from the country.

“To give a sense of these huge costs, as part of the “hostile environment” policy, between April 2013 and March 2017 the Government spent £523.5 million on detaining people for reasons related to migration and a further £16.2 million on damages paid to people unlawfully detained. As well as being expensive, the conditions in detention centres are too frequently inhumane and degrading: overcrowding, inadequate facilities and the threat of indefinite detention damages the mental health of detainees and contributes towards an unacceptable number of attempted suicides.

“Our new policy of “Detention as an Absolute Last Resort”, involving the closure of eight of the UK’s ten detention centres, should generate a saving of around £100 million per year. These funds would be diverted to expanding Border Force, to improve front line border enforcement, and to developing our intelligence-led approach. As part of this, we would invest in training officers to deal appropriately and sensitively with vulnerable peopl