Local Liberal Democrat MP Layla Moran has written to Theresa May calling on her to sack a government whip who wrote to universities asking for the names of those who teach courses on Brexit and the content of their lectures.

The Liberal Democrats are also calling on the government to write to universities and make clear they are in no way obliged to provide the information requested.

It was reported today that Chris Heaton-Harris, a leading eurosceptic MP and a senior government whip, wrote to vice-chancellors at the start of this month asking for the names of any professors involved in teaching on Brexit and the content of their lectures.

“This chilling letter could have come straight out of a dystopian novel.

“Conservative Brexiteers know they have lost the intellectual debate and now appear to be engaging in a witch-hunt.

"Academic freedom is vital to our thriving university sector and one of the cornerstones of a modern democracy.

“Theresa May must send a clear signal that this kind of behaviour by members of the government is unacceptable and sack Chris Heaton-Harris as a whip.

"The government must write to universities making it absolutely clear they are under no obligation to provide this information.” 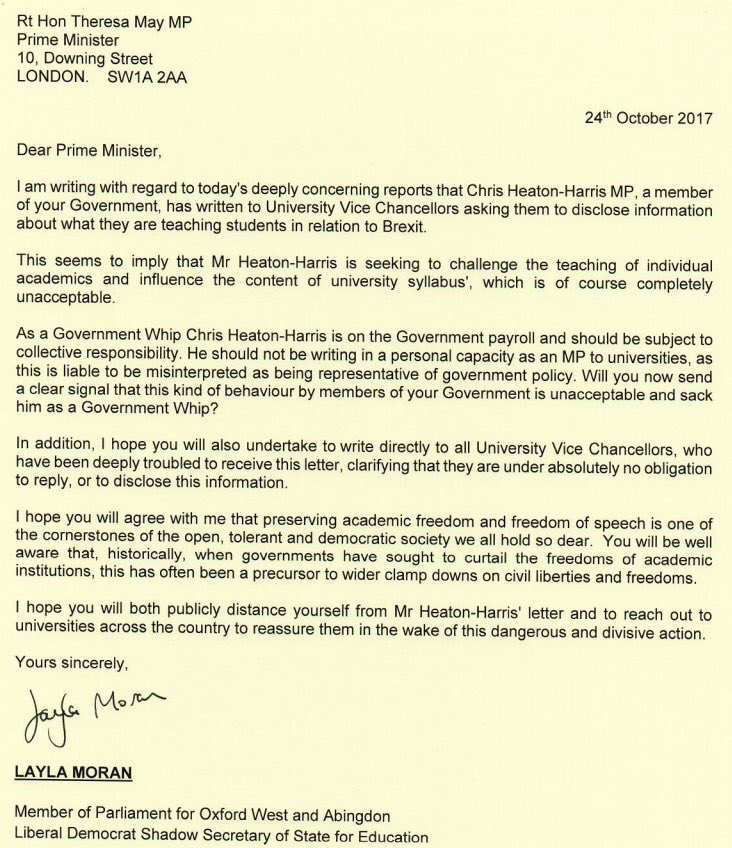