Deputy Prime Minister Nick Clegg has announced this week that a package of new measures will bring £214million of investment from the government, designed to make it easier and safer to cycle in cities such as Oxford, a move welcomed by Lib Dem Parliamentary Candidate, Layla Moran. 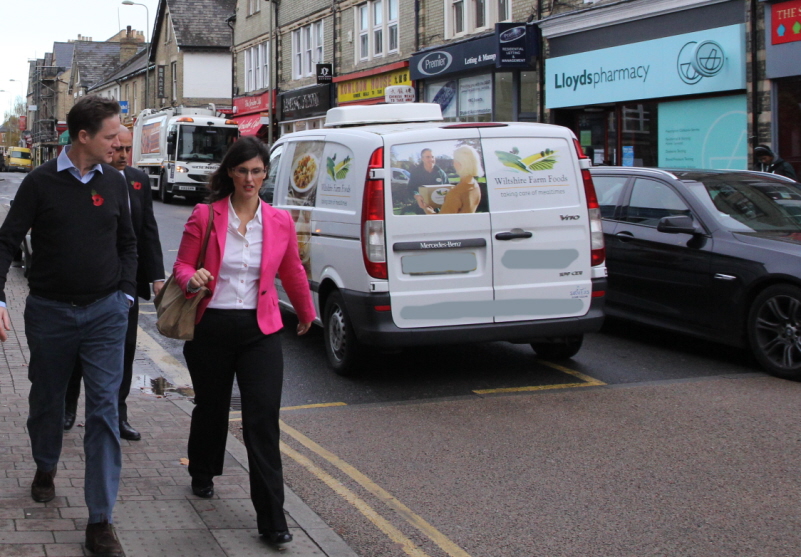 Lib Dem Parliamentary Candidate, Layla Moran, took Deputy Prime Minister, Nick Clegg MP, to see some of the areas in Oxford West & Abingdon which would benefit from greater provisions for cyclists, such as here on Walton St, Oxford.

Lib Dem leader and Deputy Prime Minister, Nick Clegg MP, has announced the UK's biggest ever single investment in cycling. At a cycling summit in Bristol on Thursday, Nick said that £214million of new measures will be introduced by the government to help improve the provisions for cyclists and increase safety.

The measures include £114million over the next 3 years to support the Cycling Ambition Cities Programme and £100million in support of the Strategic Road Network.

Nick said: "I’m committed to helping our dream of becoming a cycling nation, similar to places like Denmark and the Netherlands, become a reality.

"The rewards could be massive. Billions of pounds in savings for the NHS, less pollution and congestion, and a happier and safer population. In government, we’re putting the money down: now we need the public and local authorities to jump on their bikes and get us to the finish line."

The announcement has been welcomed by Lib Dem Parliamentary Candidate, Layla Moran.

"I am pleased to see the Liberal Democrats commitment to improving cycle provision so clearly demonstrated.

"It is important that steps are taken to improve the provisions for cyclists, but I would also like to see much more emphasis placed on the inclusion of cycling and pedestrian safety and access from the beginning of new projects. Too often it seems that they are added in almost as an after thought", said Layla.

Layla has been running a campaign for better cycle provisions across Oxford West & Abingdon. You can sign her petition by following the link below.