On National Meadows Day, Layla Moran calls for more biodiversity projects “in the fight against the nature emergency”

On National Meadows Day (4th July 2020), Layla Moran has called for Oxfordshire “to lead the way in the fight against the nature emergency.” It comes after the MP visited one of Britain’s last wildflower meadows at the Long Mead Local Wildlife site last weekend.

Speaking after she toured the meadow and spoke to project leaders, Layla called for “a significant expansion of spaces given over for nature”, done in partnership with local councils, government agencies, landowners, and conservation bodies. She said that “our county can lead the way in treating nature as the finite resource it is.”

Layla said she wants to get local Lib Dem councillors and council leaders “round the table” with project leaders to discuss how they can best support their initiative in the future. 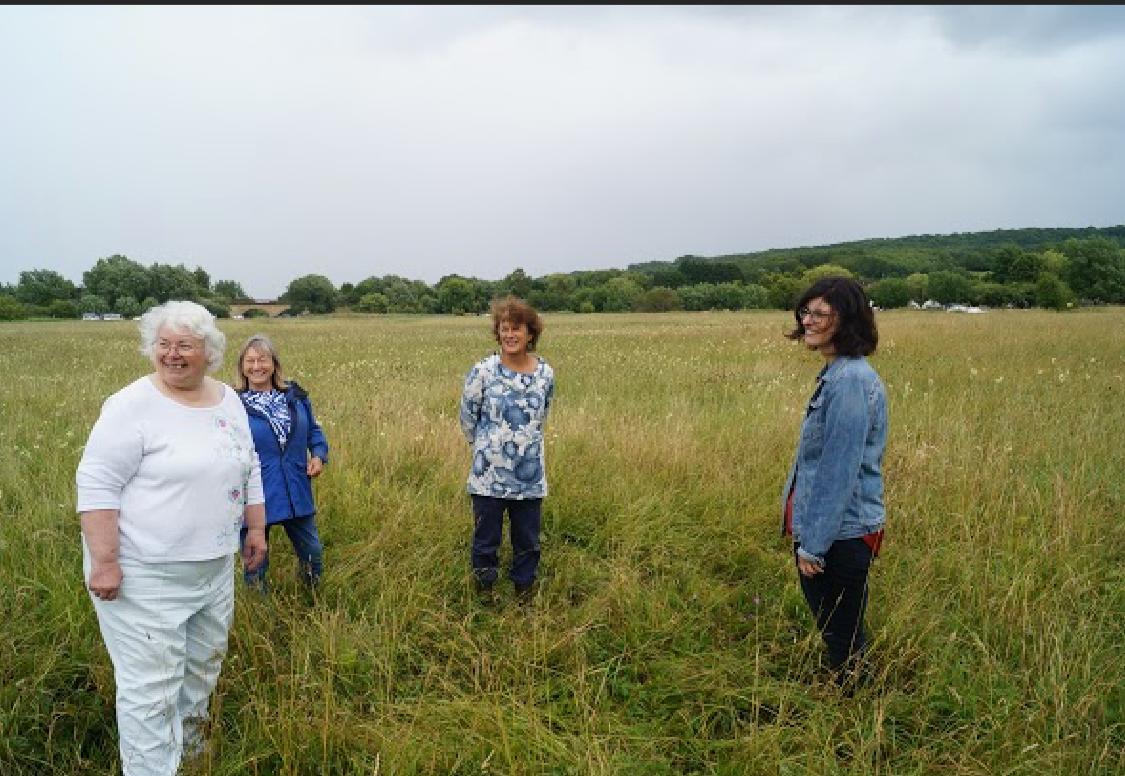 Over 97% of traditional wildflower hay meadows have been destroyed, mainly by agriculture and development or neglect. The Thames Valley Wildflower Meadow Restoration Project, described by Layla as “truly inspiring”, is a farmer- and landowner-led initiative along the Upper Thames dedicated to restoring its rare floodplain meadow habitat. Only four square miles of this habitat remain in the UK (an area the size of Heathrow Airport).

Much of it is concentrated between Lechlade and Abingdon in fragmented sites that are designated as Sites of Special Scientific Interest (SSSI) or Local Wildlife Sites (LWS). The project aims to connect these up by restoring (or recreating) the intervening meadows to form a joined-up wildflower meadow network to contribute to the Nature Recovery Network for Oxfordshire 2050.

Alongside calling for investment in biodiversity projects in Oxfordshire, Layla and the Liberal Democrats want to see a Nature Act introduced, along the lines of the Climate Change Act, to set out targets and milestones to turn around key species and biodiversity and restore our natural resources.

Layla Moran said:  “Thank you so much to Catriona and the whole team for welcoming me to the project – it’s truly inspiring. We must acknowledge the part that biodiversity catastrophe plays in pandemics, and recognise that to build resilience, we need to talk about diverse habitats as well as carbon.

“The UK is one of the most nature-deprived countries in the world, and our county can lead the way in treating nature as the finite resource it is. That means prioritising projects like this – it means serious investment.

“That’s why on National Meadows Day I’m calling for a significant expansion of spaces given over for nature, working in partnership with government agencies, councils and landowners including the likes of Highways England and Network Rail. And we need a Nature Act to set biodiversity targets. It’s time for Oxfordshire to lead the way in the fight against the nature emergency.”

Recent surveys were undertaken by Catriona Bass and Alison Muldal, who has joined Long Mead’s Thames Valley Wildflower Meadow Restoration Project, having recently retired from Natural England, indicate that creating a connected wildflower meadow network in the Oxford area is more achievable than is currently believed.

Catriona Bass from Long Mead Local Wildlife site said:“It turns out that the habitat maps are outdated. Our surveys show that a significant number of meadows that have been in Natural England’s Agri-Environment Schemes for two decades now qualify as species-rich Biodiversity Action Plan Habitats. This means that between Cumnor and Oxford at least, only a few pieces of the wildflower meadow jigsaw still need to be filled.

“A Nature Recovery Network for Oxfordshire is potentially achievable. But for this to happen there needs to be a radical change in the architecture of communication: from the current pyramid where the long-term knowledge of those on the land is lost at the bottom, to a network of equals that brings together farmers and landowners with NGOs, academics, local government and all the political parties to address the most critical issue of our age.”